The Anchors managed a creditable 1-1 draw with National League North high fliers Spennymoor Town. Stockton just about deserved their first half lead, after squandering 3 or 4 good chances, they finally went in front on 31 minutes when Kev Hayes curled a lovely shot across the keeper into the far top corner after good work from James Risborough going past the full back with ease and picking him out on the edge of the box. 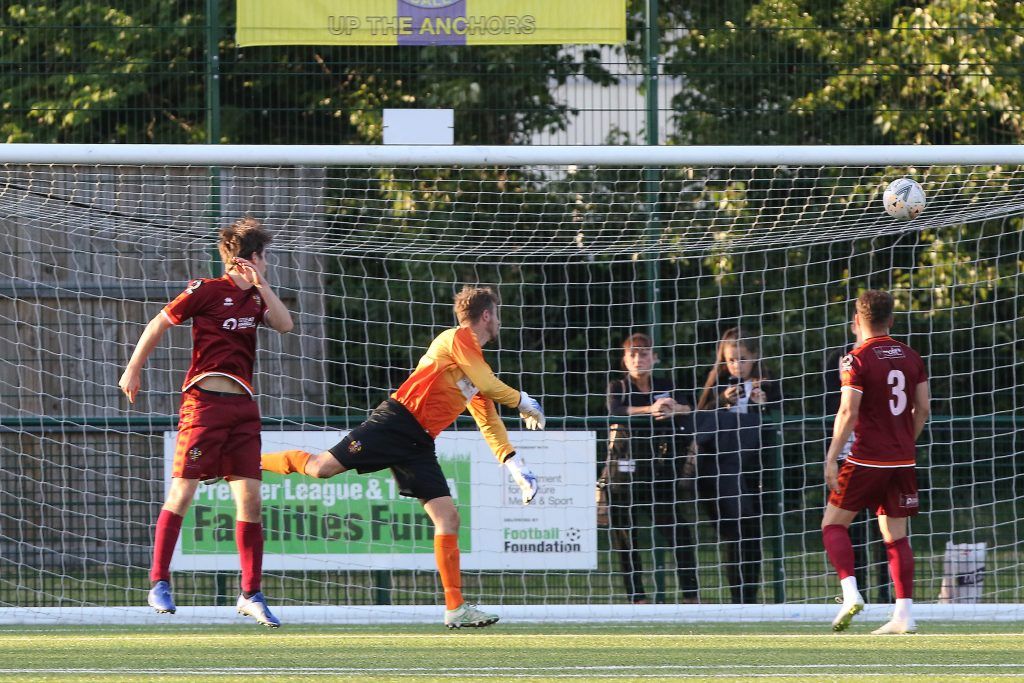 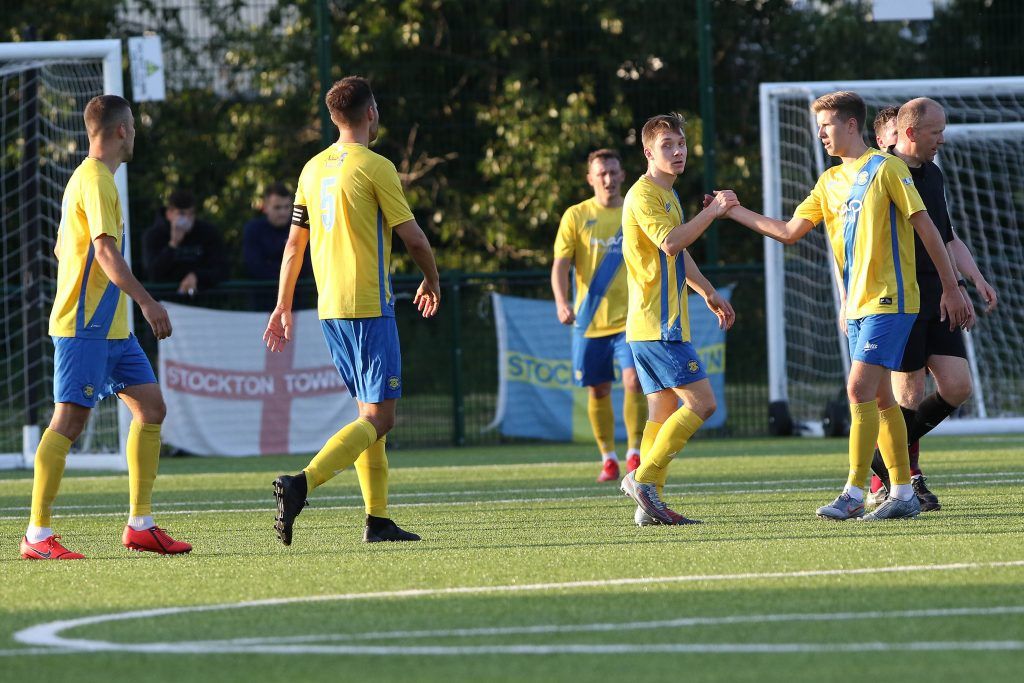 New keeper Callum Roberts made his first start and looked the part when making a superb double save to keep Spennymoor at bay. The Anchors moved the ball about well and looked sharp for this early in proceedings. 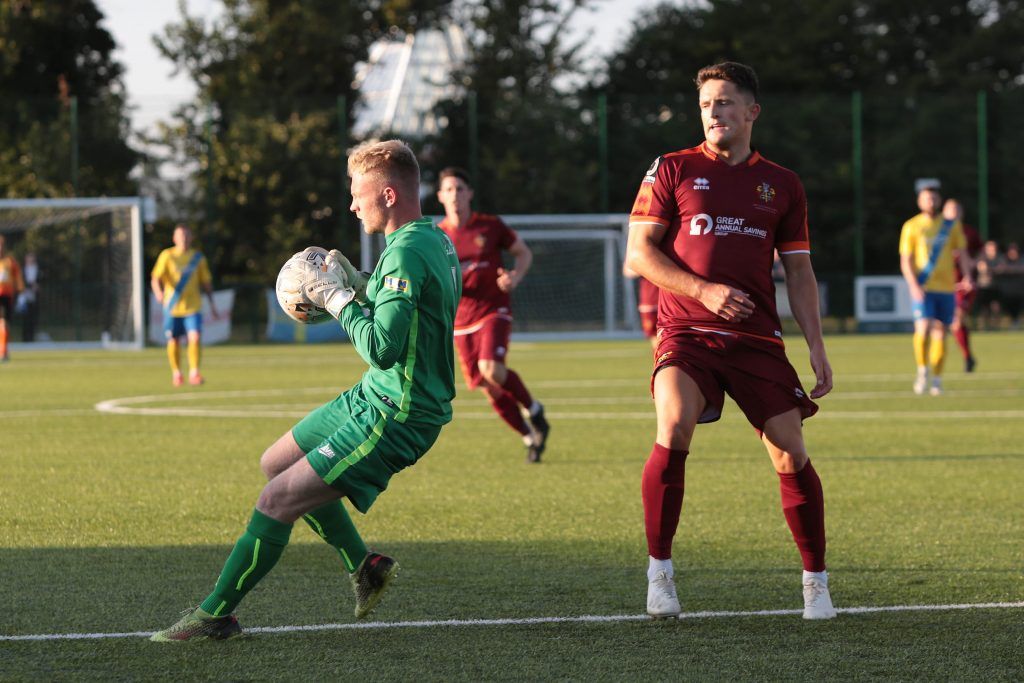 Both sides made several changes at half time and it had an instant reaction for Moors when on 47 minutes Mark Anderson whipped in an excellent free kick which gave Roberts no chance. Spennymoor’s new signings Greenwood and Cogden had the Anchors defending deep and they did well to hang on for a draw despite several starting to struggle with cramp. As for the new Anchors Lewis King looks a real prospect at only 19, Dan McWilliams, once he’d arrived at the station, looked comfortable and Tom Portas is the class act we all imagined. The ever reliable Coulthard and Nicholson looked solid and everyone worked hard despite the reshuffling and substitutions. 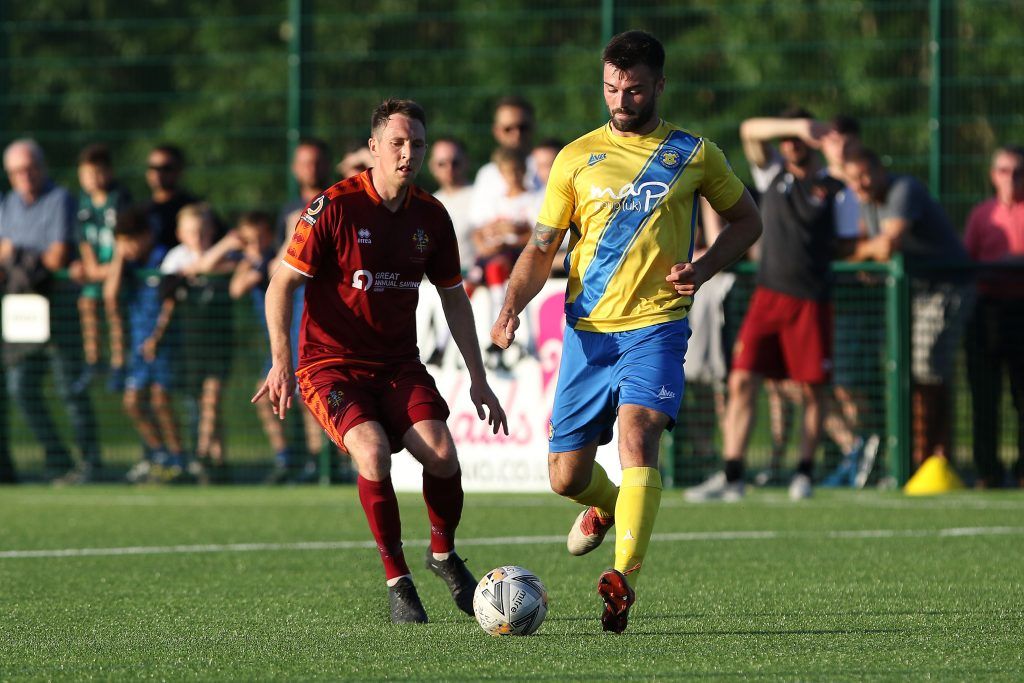 Tom Coulthard was at his best right from the off

Michael Dunwell will be glad to get a game into everyone and will hope they’re all ready to go again this Friday night for another stiff test with the visit of EvoStick NPL West side Pickering Town.