Who mentioned 0-0 draws recently? This was a point gained, a good result in the end and that’s not spin. Another game ruined as a spectacle by the weather and not helped by a bobbly pitch, although this one was probably the worst affected in recent weeks. Two excellent football teams resorted to scrambling around trying to keep the ball on the floor and in play. Once again, mention for the hordes of Anchors fans at the game, simply superb support.

Michael Dunwell kept the same team for the 3rd game running and the one change was on the bench, Owens in for Bulmer.

Not a lot of interest to report in the whole game let alone the first half, Kev Hayes had the first attempt but his volleyed effort at a loose ball sailed way over the bar. Playing with the wind at their backs the Anchors couldnt get anything going and it was the home side who passed the ball about the better. 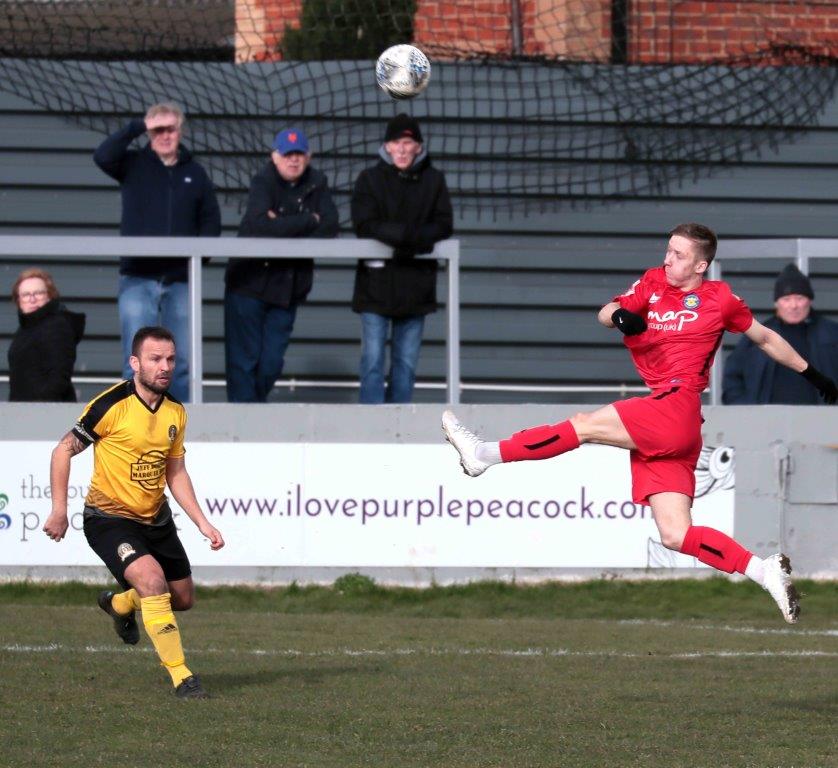 A move down the right from a long ball by Scott saw Hegarty burst into the box, McWilliams challenge got the ball, just,  and it fell to Mitchell he was brought down by Portas right on the edge of the box. Mitchell took the free kick but hit it straight into the wall and then chased the ref up the pitch demanding a penalty, he may have had a case based on todays version of the rules. 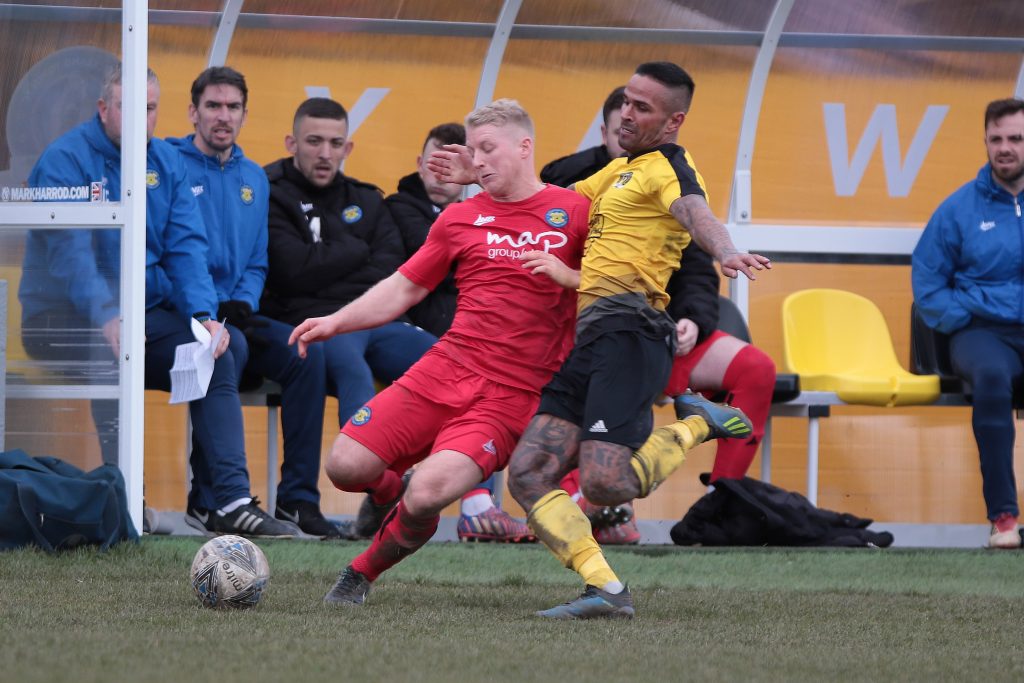 Tom Portas was in the thick of everything yesterday

Probably the one and only chance of the first half  fell to Callum Guy who closed in on a ball into the area from Dodds and hit it on the half volley but couldn’t get it on target from 14 yards out. HT 0-0

The Anchors started the second half brighter and it was, as usual, easier to play football against the wind, although still difficult. Hayes was slipped in after good build up and in space he crossed but West scrambled it clear.

Callum Roberts was called into action for the first time when Kings back pass was a little strong with the wind and bounced awkwardly off the pitch, he lunged into a tackle to stop the onrushing Anthony Bell who sniffed a chance, but the Anchors stopper won the challenge and claimed the ball and although he played the remainder of the game he appeared to injure himself a little. 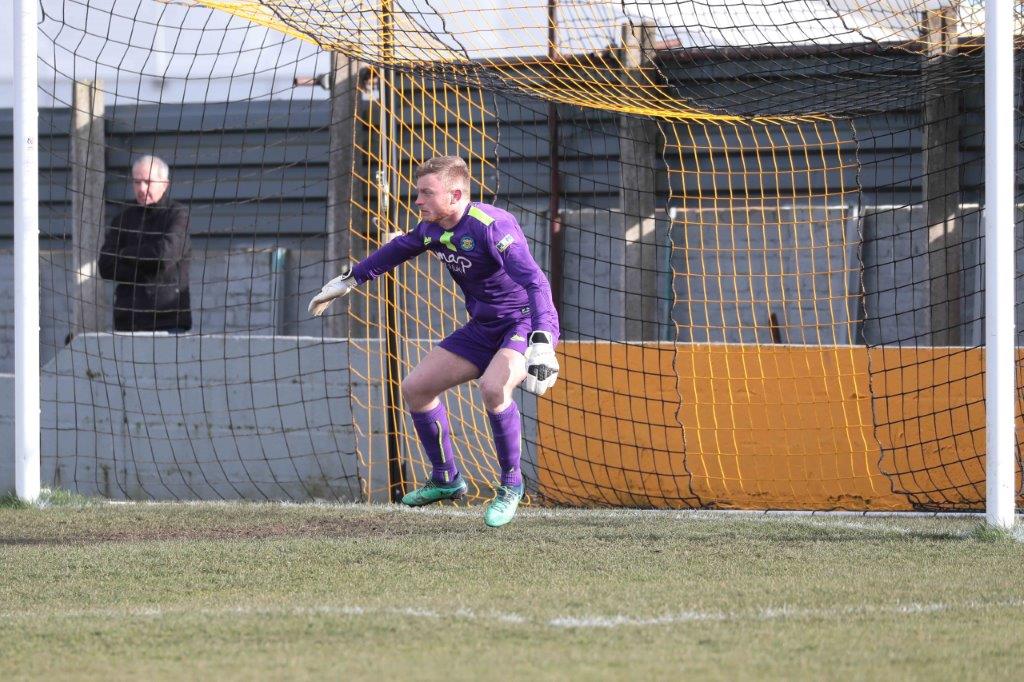 Callum Roberts, seems to be making major contributions in every game

A long hanging ball into the Stockton box just evaded Purewals outstretched foot and then the Anchors got it forward, Woodhouse found in space in the West box by King, he spun and his left foot goal bound effort was blocked by Harwood, the return on his right foot was blazed over though.

West finished the game stronger, Callum Guy had two efforts at goal in the last 5 minutes, the first was a looping volleyed effort, wind assisted after a free kick had been cleared, which Callum Roberts made a super one handed save just under his bar, the second after a poor clearance fell to him on the 18 yard line but he pulled his shot wide under pressure FT 0-0

Not the greatest 90 minutes of entertainment but everyone worked hard with no lack of effort, the pitch and the wind were the winners today. Coulthard was his solid self, Tom Portas was MoM by a long way, he, along with Robinson working constantly in the engine room to contain and attack driving forward at every opportunity.

The first points dropped in 12 games but the unbeaten run continues, one point nearer promotion and another clean sheet, move on…… Ryhope at home next week.