The Anchors maintained their position at the top of the table handing out a thumping to a game Penrith side that held its own in terms of possession for long periods but struggled to deal with the lively Stockton forwards. 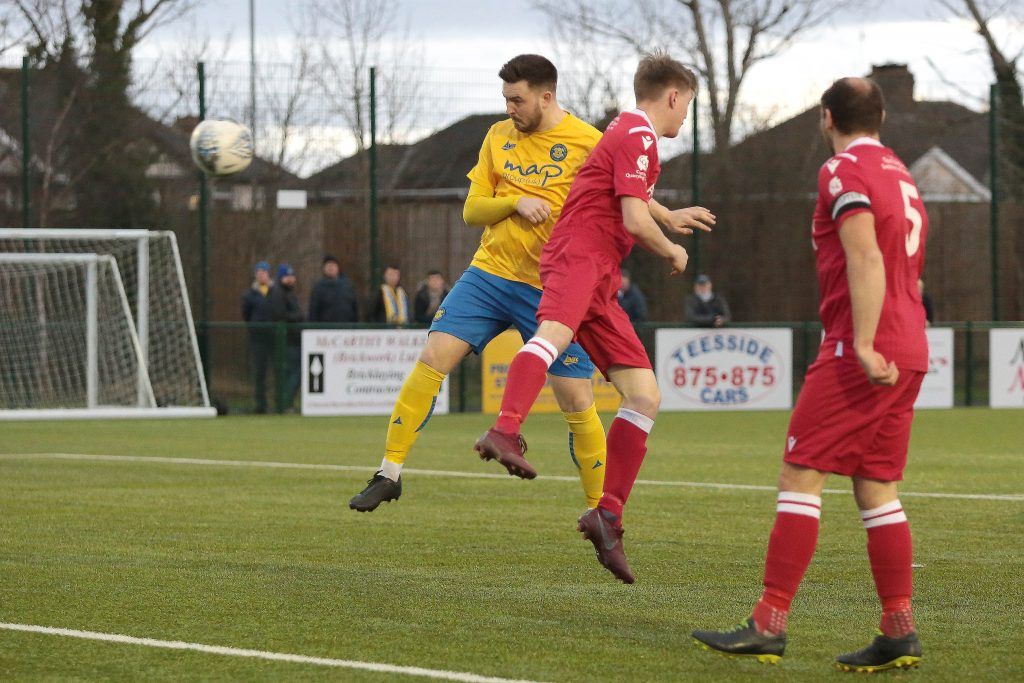 Penrith reacted well and passed the ball about nicely but without any real goal box threat, a promising free kick right the edge of the box was blazed way over the bar but it was Stockton who were causing the problems and it was HAYES again involved running at the Penrith defence playing a one two with Jamie Owens and then firing one across the keeper into the far corner to make it 2-0 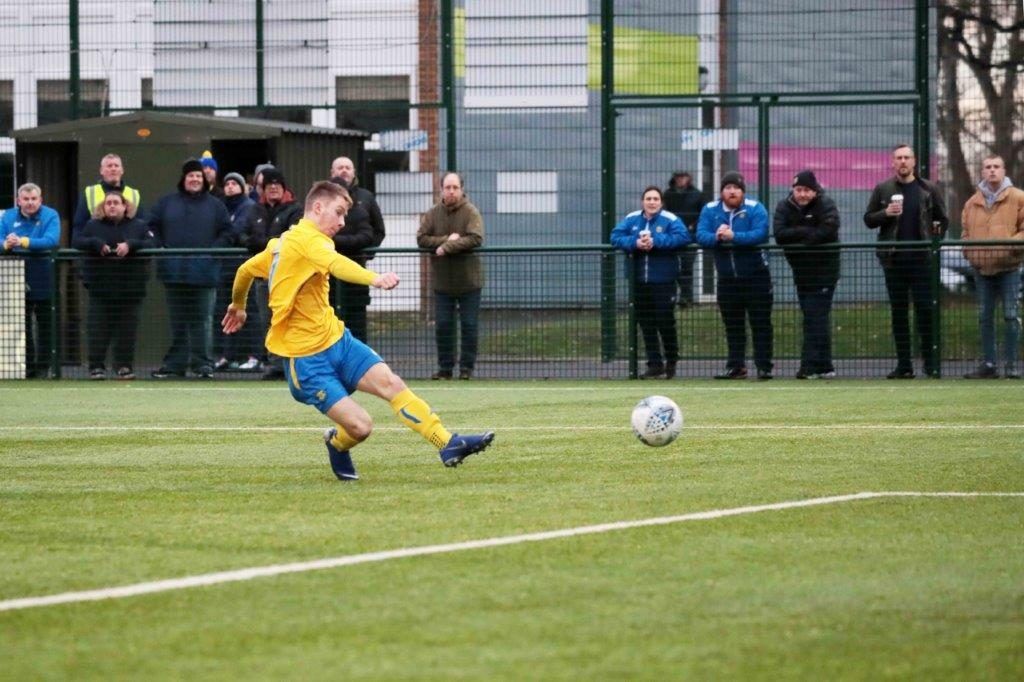 Next Owens was inches away from a potential goal of the season as he turned in space just inside Penriths half and spotting keeper Miller off his line volleyed an effort goalwards over the keeper only to see it drift and hit the post, bouncing to safety.

The prolific striker wasnt denied for long though and after he was barged over by Metcalfe while trying to get on the end of a cross OWENS jumped up and despatched the spot kick to make it 3-0 on 35mins. 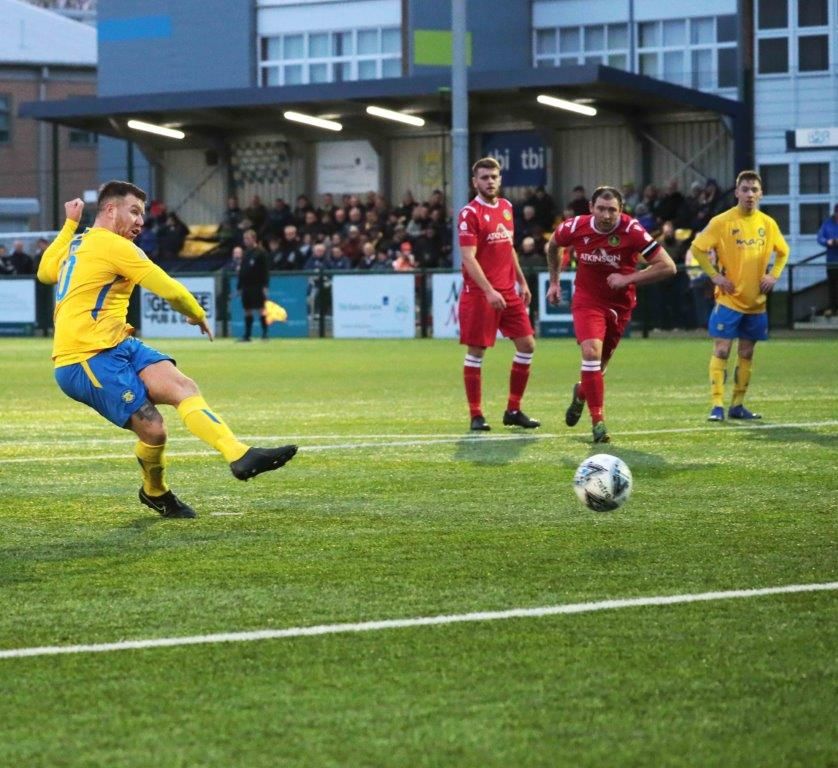 Penrith had been trying to be positive all game but for the last ten minutes of the half they were defending desperately as Hayes and Risbrough caused them to back pedal and they will have been relieved the Anchors hadn’t added any more goals.HT 3-0 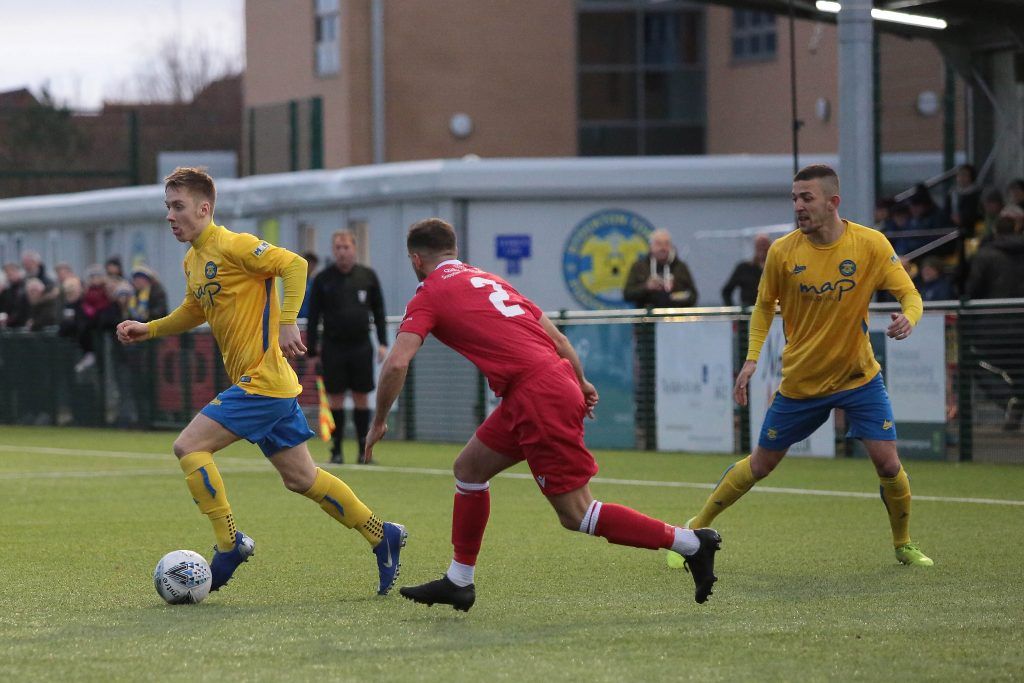 Hayes and Risbrough were a constant threat

Another quick goal sealed the game if it wasn’t already and Risbrough again overlapping down the left sent over a far post cross, Mikey ROBERTS took it down well and blasted it into the roof of the net 4-0. 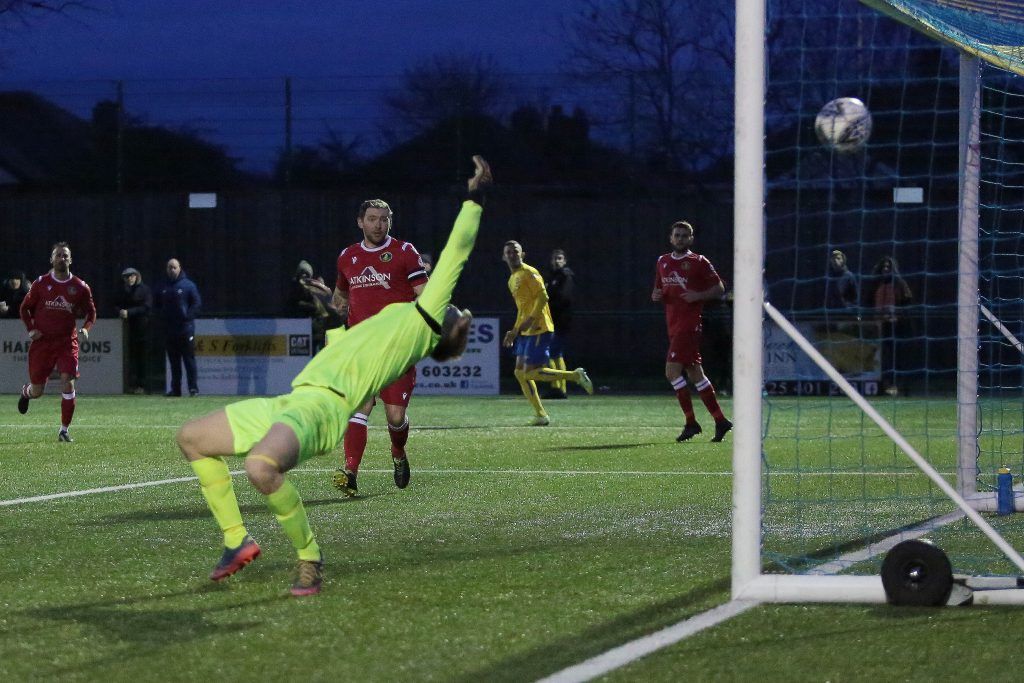 Roberts shot was too good for Miller

The Anchors swarmed all over Penrith now and Owens free kick was superbly saved by Miller tipping it onto the bar and out for a corner. Roberts was put through by Hayes and Miller again made a good save low down to deny him a second.

The bonny blues were still working to try and get something out of the game and Adam Main rattled the cross bar from long range with a volley to show they still posed a threat if only to the clean sheet at this stage.

But the Anchors made it 5-0 on 68mins after a lovely through ball from Mulligan set ROBERTS away Miller came racing out of his box to try and deal with it but clattered into Grant Davidson and when the pair ended up on the floor the striker simply walked the ball into the open net. 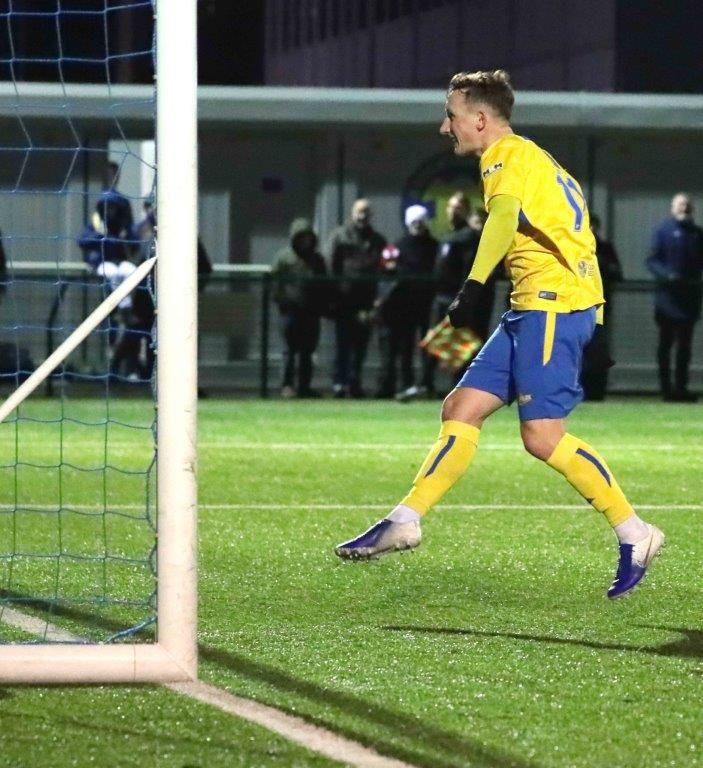 Roberts with his second goal

Understandably, Stockton just looked to see the game out from there but Penrith still had enough drive to get on the ball and Max BROWN provided a nice finish to get a goal they probably deserved for their endeavour over the 90 minutes. FT 5-1

A routine 3 points for once, the early goal making a difference to the approach but it wasn’t always plain sailing and the visitors needed respect as when they got on the ball and only lacked a little quality in the final third, whereas the Anchors have that in spades and looked dangerous with every attack.

A run of tough away games now starting with in form North Shields on Wednesday but the Anchors brilliant run of form goes on and confidence couldn’t be higher.