The Anchors toiled in the mud today at Ryhope, plenty of effort but the home sides big defenders packed their box and did enough to stop the creativity, losing out to a single goal.

Stockton started brightly in heavy rain on a very wet pitch and moved the ball about well. Jamie Owens was causing problems for Ryhope, he turned well inside the box and shot just wide on 6 minutes and then a minute later Kev Hayes drew the defender and slipped the ball into Owens but he lost his footing and his right foot shot was collected easily by the keeper.

The confidence was oozing out off the Stockton striker as he wriggled free in the box and lined up a shot that was blocked but fell to Risbrough who’s right foot effort took a deflection off a defender and crashed against the bar as the Anchors continued to press the game and pin Ryhope back.

Owens had to be replaced after 22 minutes and this changed the pattern of the game for a while allowing Ryhope to get a foothold, a slip in midfield on the greasy surface saw Ryhope work the ball to Jack Ellis who bore down on goal but was denied by Roberts with a super save at the wingers feet. 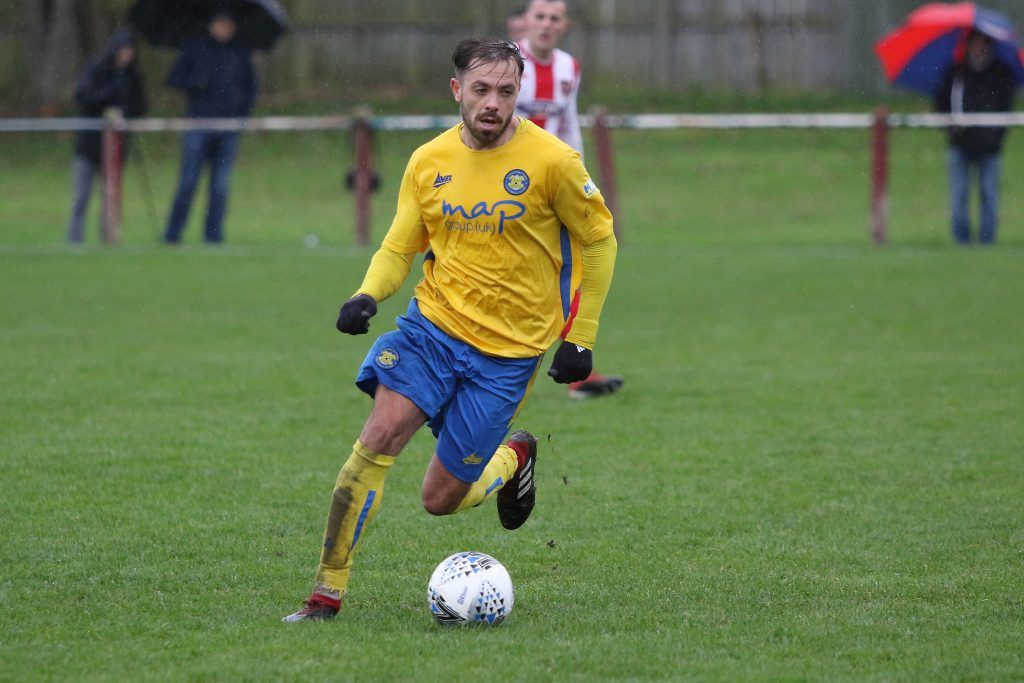 The game became a little more end to end as Ryhope exploited the space left as the Anchors attacked. Ryhope were working hard, doubling up on the Stockton Wingers and trying to stop the flow of passes.

The Anchors produced a great quality move down the left hand side on 39 minutes involving McWilliams and Woodhouse feeding Risbrough flying in from the left and shooting with his right foot bringing a good save by Winter aided by the woodwork. 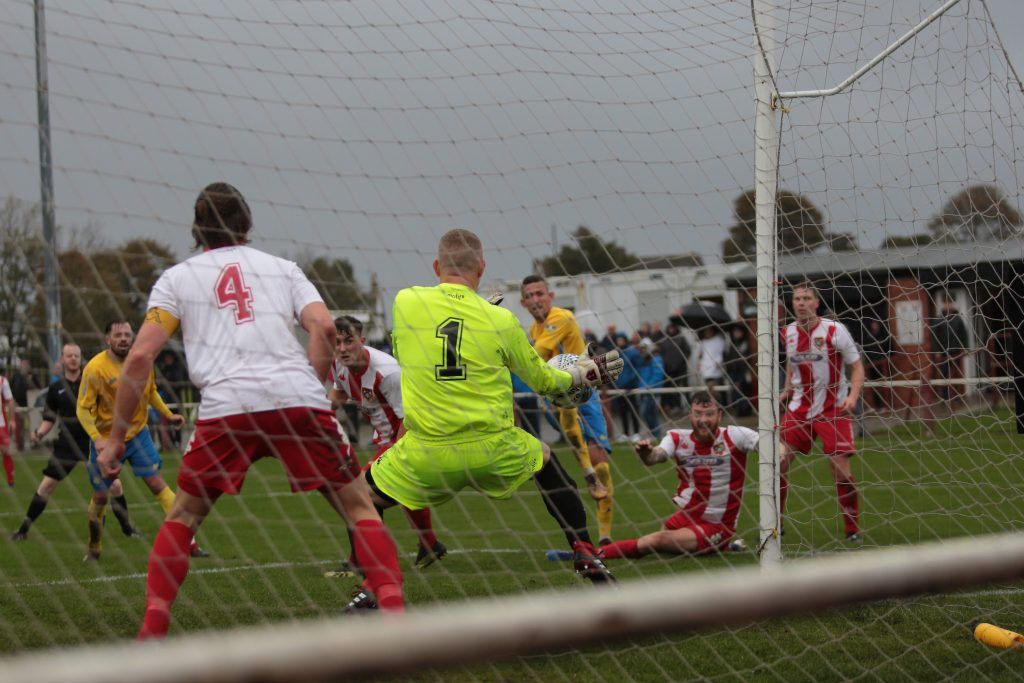 Ryhope striker Michael Rae had the last effort of the half when he was the free on the far side of the box as the ball was worked across, he teed up a shot from 12 yards but Nicholson blocked the goal bound effort well. HT 0-0

Again the Anchors started brightly and created a few opportunities, another sweeping move down the left opened up Ryhope and Woodhouses shot from the edge of the box was charged down by a defender and out for a corner. On 52 minutes McWiliiams ball into the box found Roberts rising high and his header was saved by Winter the ball fell to Hayes but his effort was blocked with the keeper still out of position.

As Stockton continued to be the aggressor, Ryhope were being resilient and occasionally catching Stockton on the break, Risbrough went past the full back and his cross drifted over Winter and clipped the bar and again dropped to safety as it started to look like one of those days for the Anchors. 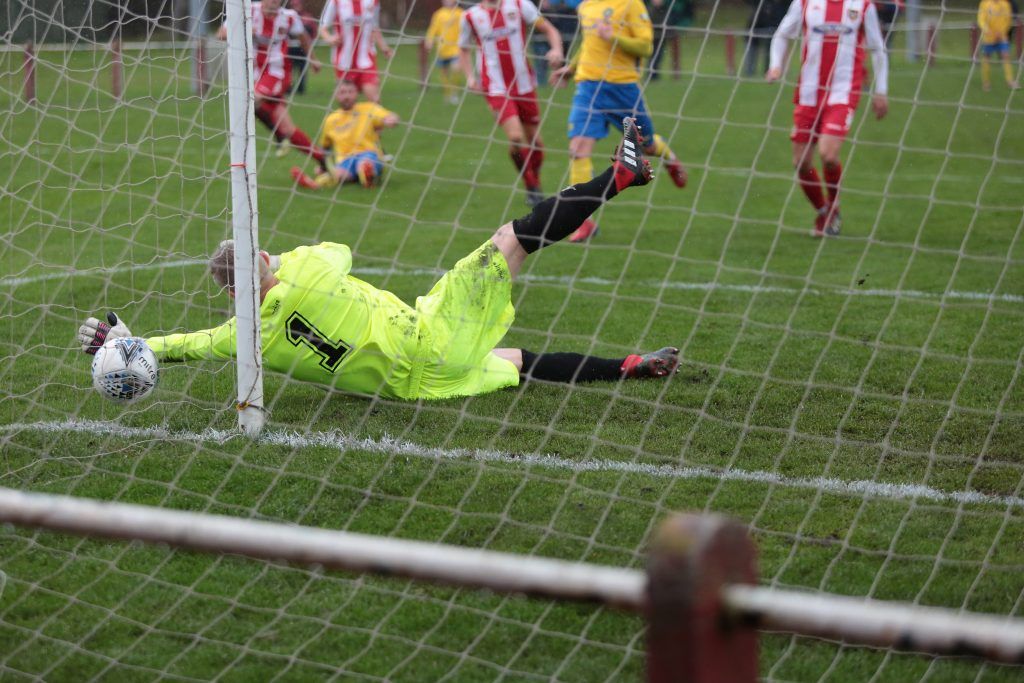 Things went from bad to worse for the frustrated Stockton side as a soft free kick given away on the right hand touchline, which was short of its target was flicked on somehow and turned in by DEVLIN at the far post with what was his first touch after coming on as sub to make it 1-0. Just a minute later and Callum Roberts had to acrobatically turn over a header from Trew to prevent Ryhope from doubling their lead. 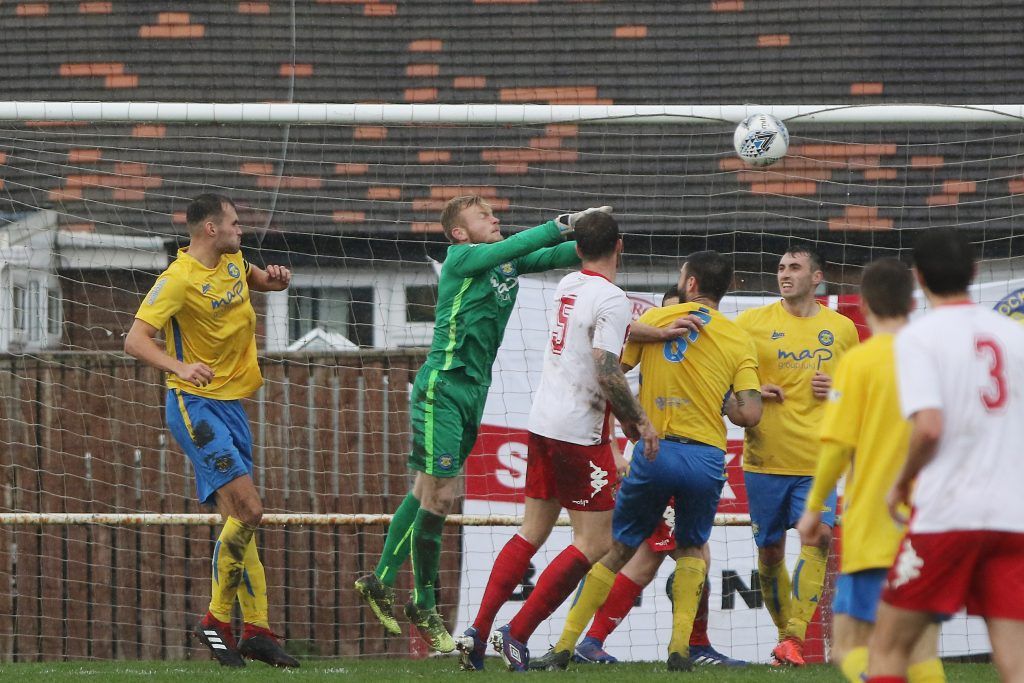 Ryhope had something to hang onto now and the conditions suited their packed defence and no nonsense style, they continued to work hard and frustrate the Anchors who gave it their all but never really created anything clear cut in the last ten minutes and the game petered out to a disappointing defeat FT 1-0

Losing the unbeaten tag was the least of the worries after todays result. Not for the first time recently, a failure to capitalise on lots of possession and convert one of several decent chances added to the lack of concentration on a free kick into the danger zone will concern the Manager most. Very tough conditions to try and play football in however and a determined and organised opposition made the Anchors work hard for every ball. Chance to regroup and bounce back on Wednesday in the Durham Cup away to Bishops then 3 home games in a week which will hopefully provide some inspiration.