The Anchors returned to winning ways tonight with an excellent performance against a very good West Auckland outfit. Stockton’s forwards were in fine form and the result could have been even more emphatic with some more clinical finishing.

For the crowd of 442 it was a Wednesday night treat of good quality football played at a terrific pace. First half goals from Mikey Roberts and Nathan Mulligan along with a late clincher from Peter Bulmer gave the Anchors the win over the recently resurgent West Auckland.

Stockton opened the scoring in 7th minute when ROBERTS, playing as the number seven, collected a throw in drove forward with the West defence backing off he fired low past Auckland goalkeeper Thomas Flynn from around 25-yards. It was the perfect start. 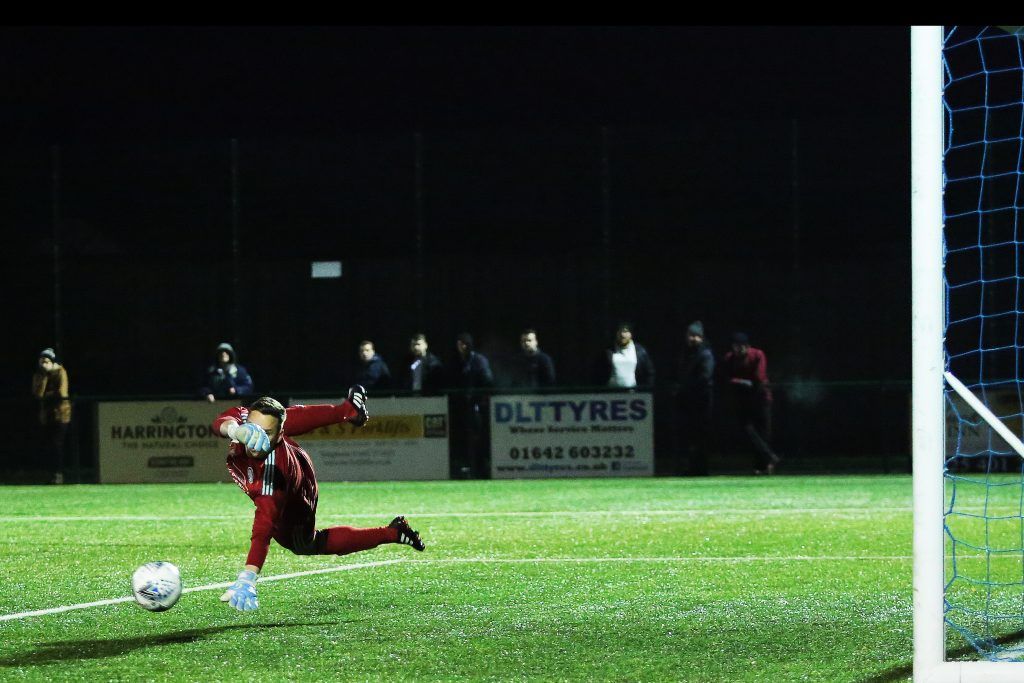 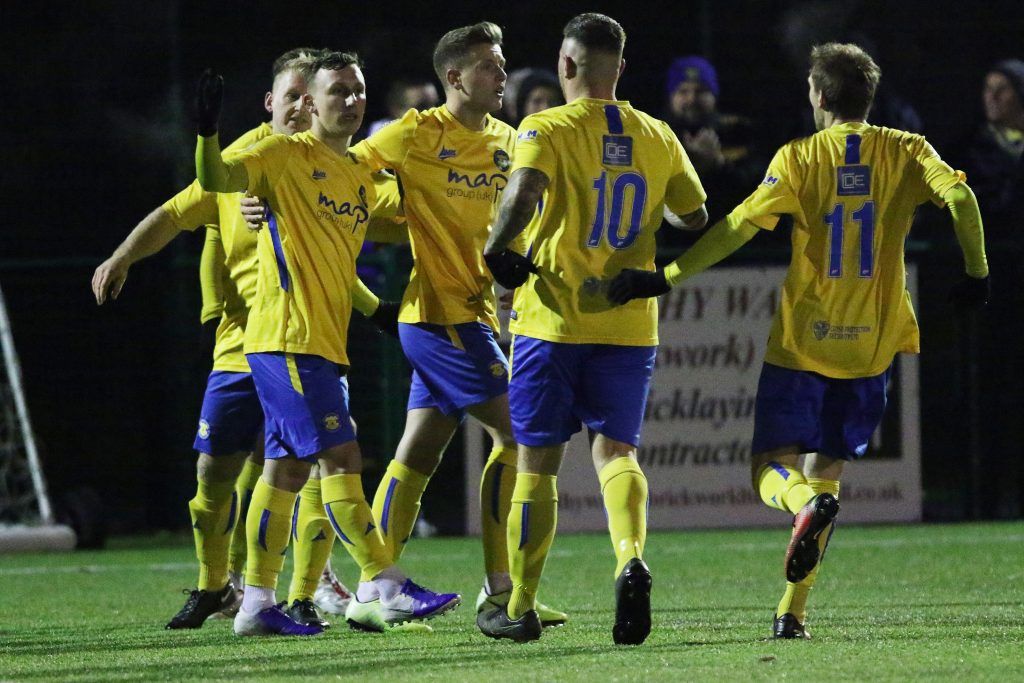 A warning shot was fired by West a few minutes later when Tom Coulthard could only slice the ball towards David Dowson on the edge of the box but his effort was wonderfully tipped onto the post by Callum Roberts.

In the 21st minute the Anchors had their second goal when good play saw the ball fall to Bulmer, his curling effort from the edge of the box was saved but the follow-up was smashed home by MULLIGAN. 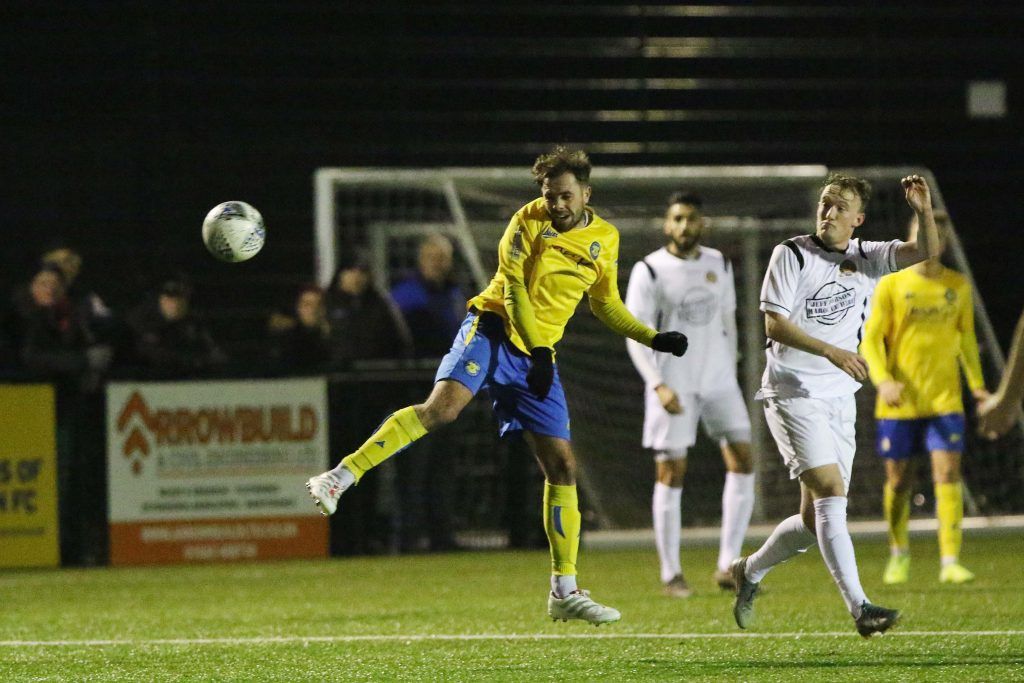 Nathan Mulligan capped a fine display with a goal

Stockton’s confidence was brimming by this point and they had West on the ropes for the next ten minutes coming to close to increasing their lead on several occasions. First a neat lay off from Owens carved West Auckland open but Roberts running through unchallenged was unable to finish the move.

Then it was Mulligan again who caught the West defence flat footed and was through on goal but he was denied by Flynn after it looked like he was round the keeper only to see him gather the ball before it could be despatched into the net.

Finally, Jamie Owens was whiskers wide when he connected with a cross from the right.

West Auckland then had a half chance. Amar Purewal, match winner on West’s last visit to Stockton, was afforded time to send in a decent effort that had Roberts interested but it went just wide.

Mulligan really should have completed his brace before the interval. Following great link up play with Owens, he ran through on goal but he was unable to get his feet in order with the goal almost gaping.

West Auckland ended the half with a couple of chances to prove they were still there. Rees Greenwood tried the spectacular with a long range effort that seemed close enough to warrant a gasp. Then James Harwood volleyed the ball over after connecting with Daniel Greenfield’s cross. HT 2-0

Into the second half and the visitors looked good knocking the ball around crisply but they continued to struggle to contain the Anchors when they had the ball and Dan Mitton got a deserved following a rash challenge on Bulmer right on the edge of the box.

Minutes later Owens had a good chance to increase the lead when he tried an audacious chip after receiving the ball from Dan McWilliams but it drifted wide. 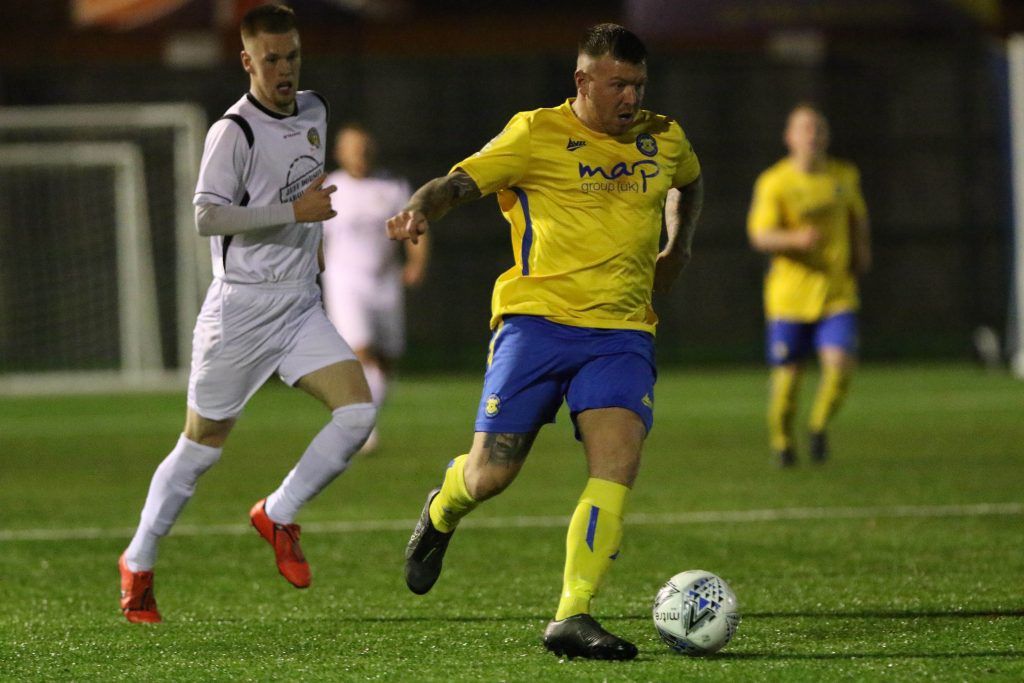 Yet another chance went begging when Roberts with a clear view of goal sliced into the side netting after he was set up an Owens throughball from Mulligan’s slide tackle pass.

In the 63rd minute Coulthard produced a superb last gasp tackle to deny Dowson and and it almost led a goal when Roberts picked up the ball and raced forward he played it to Tom Portas who had surged past him but the ex West player dragged his effort wide.

Stockton’s football continued to dazzle and another good move with Robinson and Owens ended with Bulmer forcing save from Flynn.

Flynn had to be alert again when Owens showed strength and skill to wok a shooting opportunity but the keeper saved well down to his right.

West Auckland made 3 substitutions but they failed to make an impact on the outstanding Stockton back line and while West were restricted to long range efforts that never really tested Roberts in goal the Anchors continued to create chances.

BULMER put the cap on a fantastic individual performance tonight when with 5 minutes to go he crashed a shot high into the roof of the net after being set up by Owens, following good work by Cieran Jackson. FT 3-0 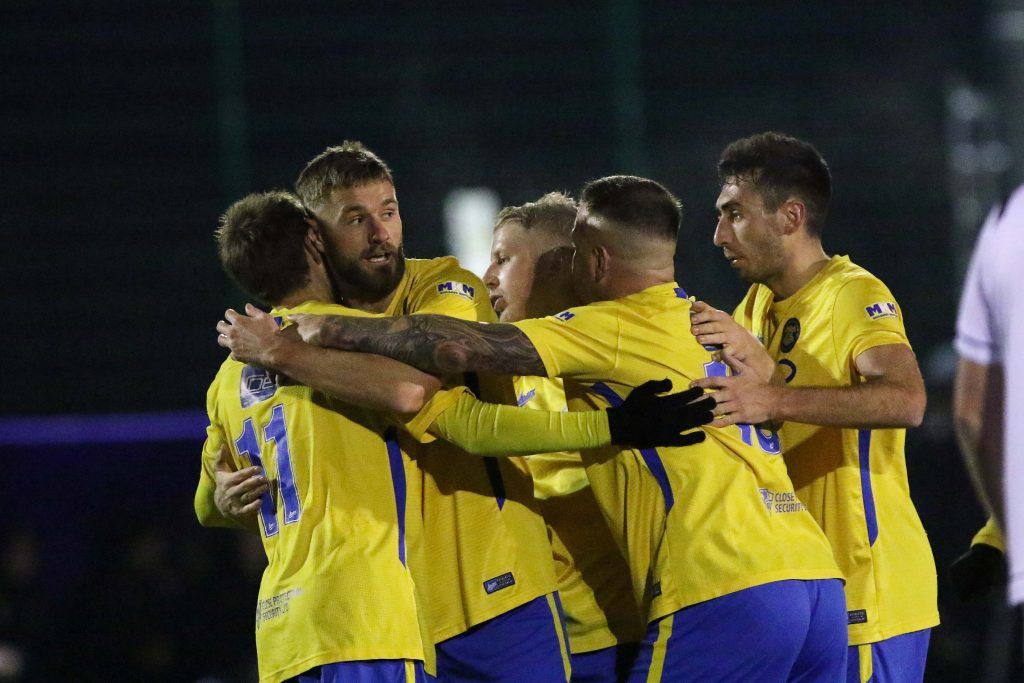 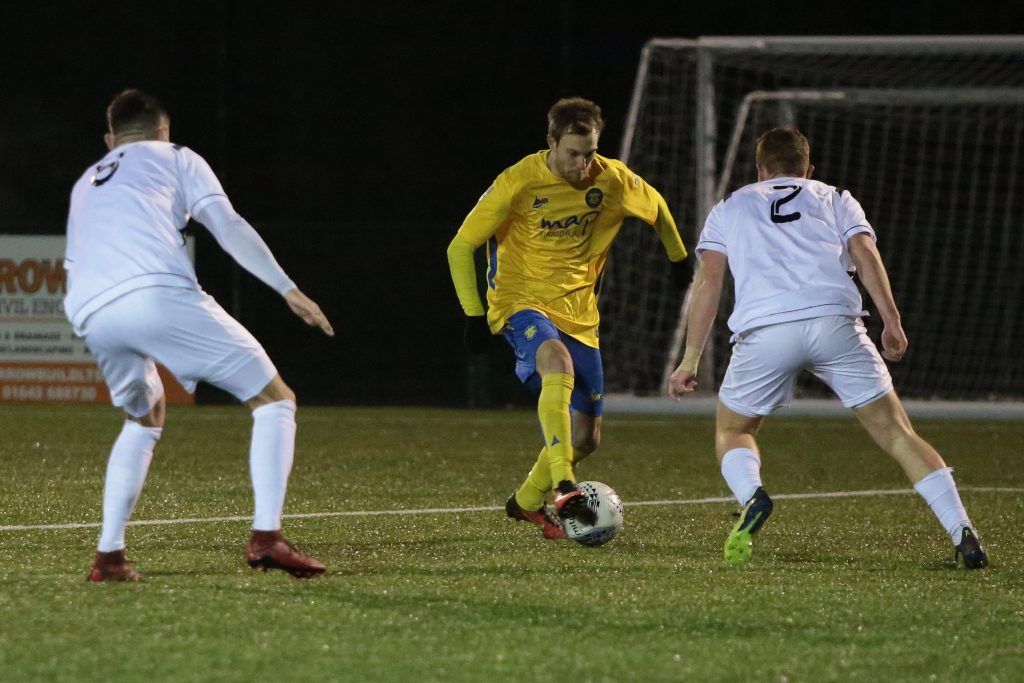 Peter Bulmer was man of the match last night

A great watch this evening, after a couple of attritional games in the mud this was the perfect antidote. West played their part as always and were full of energy and good slick passing but Stockton more than matched that and created so many chances while looking irresistible at times. What a great time to return to their best form. Pete Bulmer got the sponsor Manof thMatch The win was the first in four league games and moves the Anchors up to third in the league, they will look to build on it when they travel to fourth placed North Shields this weekend.