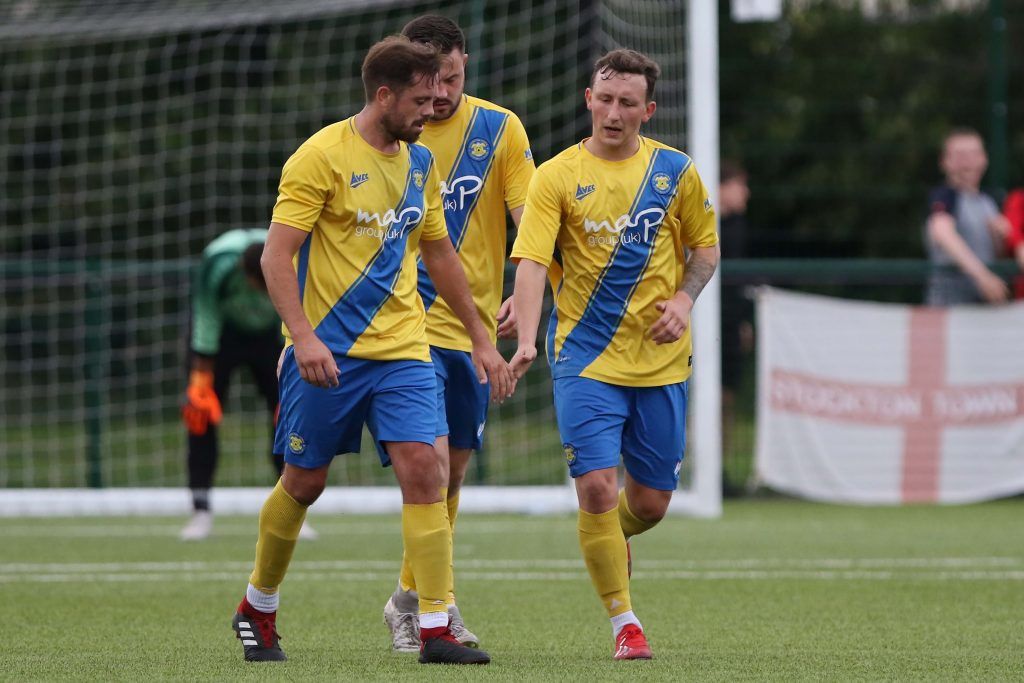 Goals from Mikey Roberts and a late header from Adam Nicholson brought another victory for the Anchors but it wasn’t a classic to watch.

A visit from old Wearside sparring partners Redcar Athletic brought back memories of some great battles over the years. Its 3 seasons since we’ve played each other but the difference in quality between the two squads forced Redcar into damage limitation mode and credit to them they stuck to their guns for 90 minutes.

Risbrough had Stocktons first real attempt after just 10 minutes when he was found in space by a Mulligan cross field pass, he skipped around the defender and his chipped cross/shot just scraped past the frame of the goal, Mulligan again was involved few minutes later when his deep run was expertly picked out by Craggs and as it looked like he’d lost the race for the ball he cleverly hooked it back across into the area for Roberts who just got there a fraction after the keeper with his header and the chance was gone. 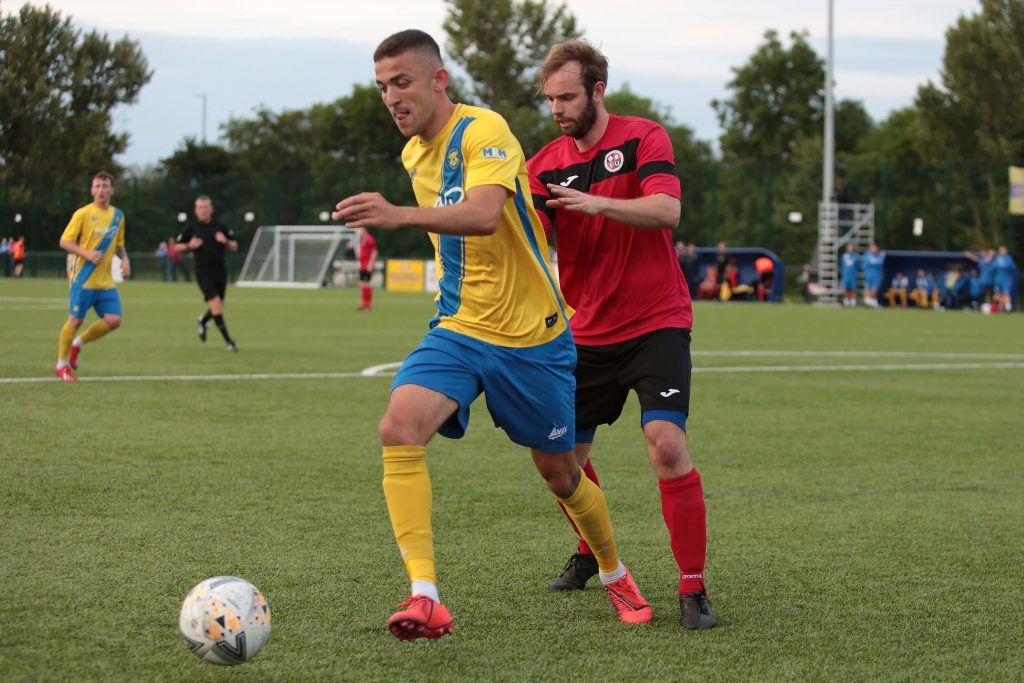 Risbrough was involved in most of the first half attacks.

Kev Hayes looked lively but couldn’t get into the game, he finally got some room and cut inside to roll in Woodhouse who’s shot wasn’t the cleanest but had the Redcar keeper scrambling to save low down to his left.

The Anchors tried out a new corner routine which looked like it needed a little bit more practice until Tom Coulthard managed to get his head on one only to see the keeper Lawrence make a great save to tip it onto the bar and away from danger.

Redcar attempts at goal were rare and on 30 minutes a mistake in the Anchors midfield gave the ball away and allowed Redcar to attack the space but the shot from Preston was easily tipped away for a corner by Roberts. 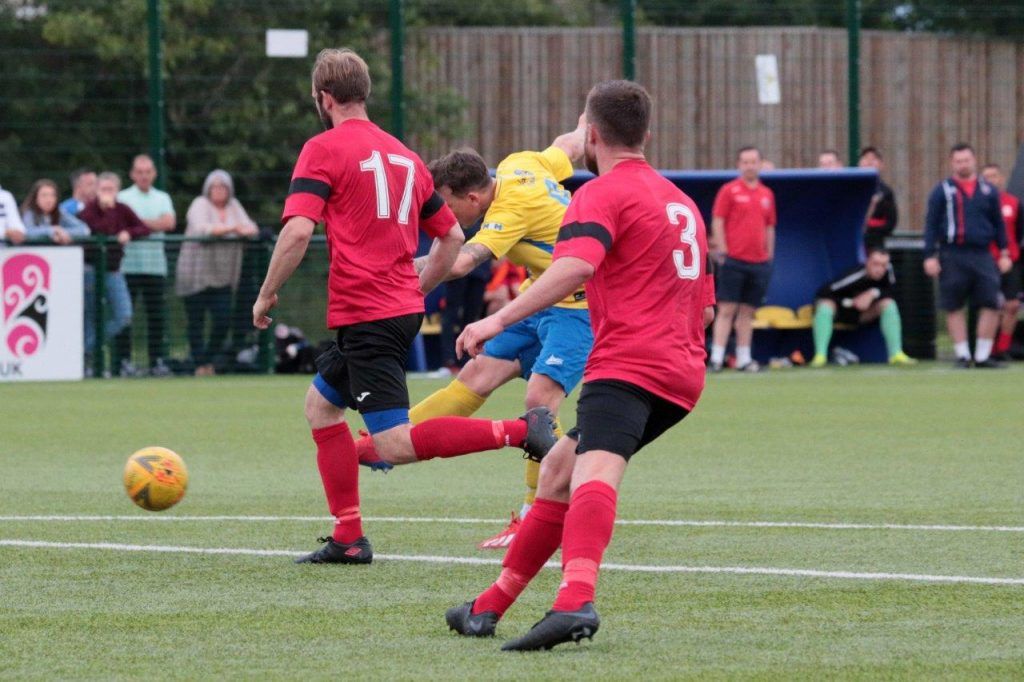 Redcar stuck to their guns and kept their shape, working hard and closing down Stockton to deny them space but the Anchors still created chances and a goalmouth scramble ended with Bivens clearing an effort off the line as it remained 1-0 at half time

Second Half followed the same pattern, Redcar’s lack of ambition allowed Stockton lots of possession and the back four had plenty of touches of the ball as they worked it side to side, Fred Woodhouse had a decent effort that went wide and then linked nicely with Roberts who’s shot was saved superbly by Lawrence.

The Anchors were showing more patience now and working the ball much better. Max Craggs came within a whisker of doubling the lead when his far post header skimmed the upright after a lovely link up involving Hayes and RIsbrough and Risbrough himself was denied when his shot from substitute Owens pass, was deflected wide for a corner.

The Anchors were dominating possession again, Bulmer came on for King and his aggressive running aded to Redcar’s problems. Only rustiness and some decent goalkeeping was keeping the score down now. Jamie Owens should have opened his account for the season but headed wide after the ball popped up to the Anchors striker 12 yards out following a good save by Redcar’s substitute keeper from Risbrough who’d linked up well with Owens. Only the Referee knows why he didn’t award a penalty when Nathan Mulligan twisted and turned in the penalty box only to have his path blocked off by the defender. 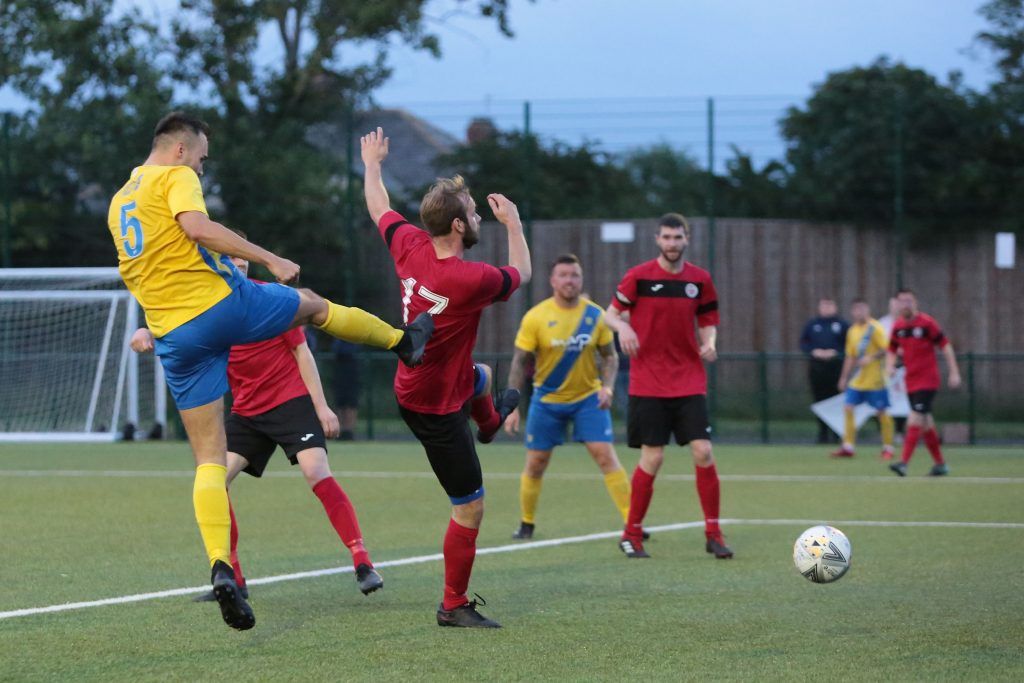 A good exercise for the home team in dealing with sides who aren’t going to let you have space and time to play nice football and they managed it quite well especially second half. Usual suspects did well again, Coulthard looks at his imperious best, Mulligan and Nicholson cruised through the game and Risbrough and Hayes were a constant threat  The lively Cieran Jackson impressed again in a little 30 minute cameo performance and linked up well with the forwards, the ex Spennymoor man looks a real prospect. 10 day break now and then a toughl test against Whitby Town