The Anchors made it through to the Mitre Sports Brooks Mileson Memorial League Cup Semi Finals tonight with a good solid performance edging out Consett late on with a Kev Hayes stunner.

Max Craggs and Pete Bulmer returned to the starting line up tonight, Joe Taylor was rested as he works towards full match fitness. Shabs Mohammed dropped out of the squad with an injury in the warm up and was replaced by Kev Hayes.

The game was quick and bright and although there was some nice football both teams seemed to cancel each other out and there was very little of note in the first 20 minutes apart from a card for Coulthard after just 6 minutes which seemed a little harsh.
A foul on Roberts after 22 mins brought the first real opportunity, Max Craggs lined up the Free Kick and whipped a shot in from 20 yards but just over the bar

The Anchors started to get some control in the game and although the lively Consett forwards looked dangerous they were marshalled well. James Risbrough got in twice and crossed, one fizzed across the box without a touch and the other just evaded everyone as the Stockton forwards built up a head of steam and on 40 minutes the home side took the lead with the unfortunate Nick GREEN turning a Nathan Mulligan cross into his own net somehow, as he looked to clear it for a corner. Half Time 1-0

The second half was a better spectacle as both teams went toe to toe, lots of quick sweeping attacks the first one on 47 mins from the Anchors and a drilled crossfield ball from Nathan Mulligan found Kev Hayes who skipped inside past Holden and let fly a trademark left footed curler with pace only to see his namesake Kyle Hayes had taken up a good position and he saved acrobatically pushing it out for a corner.
However Consett had obviously had a half time pep talk as they showed much more purpose and Danny Craggs fired into the side netting for them when well placed after a Stockton break away had been foiled and they found themselves outnumbered. It wasn’t long before an equaliser came and it was Craggs cross which after looking like it was harmlessly going long was collected by the lively Richard Juul who flicked it over Bulmer and did well to get his cross in before it went out of play and find Luke CARR unmarked in the 6 yard box to head home and make it 1-1 after 57mins.

At that point the game could have gone either way and there were chances at both ends as it opened up into an entertaining encounter, Hayes got on the end of a deep Jimmy Ward cross but couldn’t find the target and a dangerous Luke Carr free kick for Consett was inches away from Mackay getting a touch and saw Josh Moody stretching to make a good save low down to his right and concede a corner. 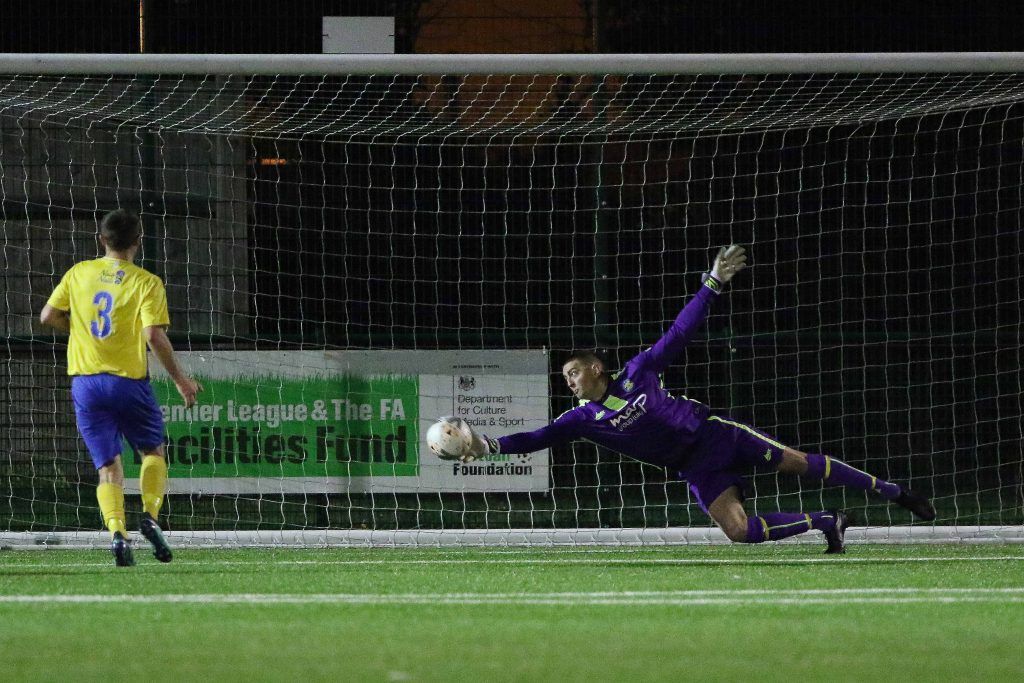 It was Kev HAYES who after having a sighter put the Anchors in front on 70 minutes. Jordan Robinson switched the play and Bulmer and Hayes exchanged passes and just as Consett’s defence thought they’d averted the danger he made space leaving Slocombe for dead and let fly from 22 yards, this time Hayes of Consett had no chance and it flew over him and into the net for a terrific looking goal 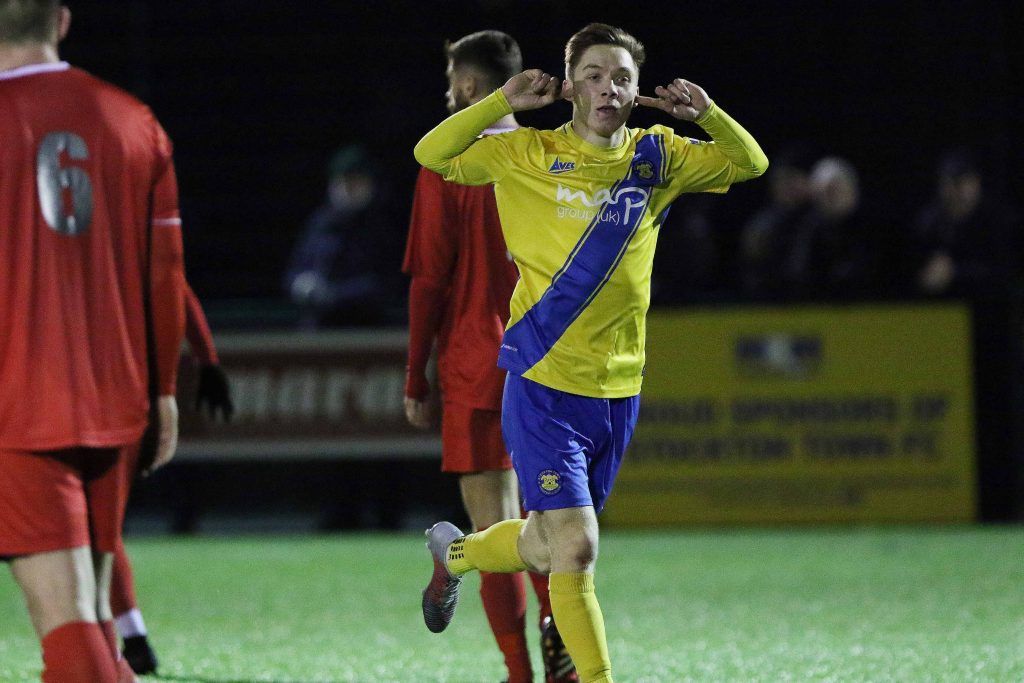 Just 2 minutes later and the resurgent Hayes was becoming unplayable and he swept past Holden again cutting in and shooting from the edge of the box but the Consett stopper this time got his hand to it and kept his side in the game.

The Steelmen gave it a go in the last 20 minutes but with Coulthard in imperious form and Robinson anchoring the midfield there weren’t many chances around in fact The Anchors probably had the better opportunities late on. Nicholson missing the target with a header from a Craggs corner when well placed. Kyle Hayes saved with his feet from Risbrough cutting in from the left and Mulligans burst into the box and cross was cleared before Coleman could pounce.
Full Time 2-1

Another win and another good performance will please the management and they will be keen to push on now in the League and see where we can end up. An upcoming semi final will help keep everyone on their toes in the next few weeks.

Jordan Robinson was excellent and showed his versatiltity and what a good Midfield anchorman he can be and with Tom Coulthard back in the heart of the defence he confirmed he is back at his best. To be honest everyone was at least 7/10 tonight in a good all round performance against a very good side and title contender in Consett who always bring a good following and produce enjoyable matches. Kev Hayes got the sponsors Man Of The Match award for his outstanding second half attacking performance and it was refreshing to see him with a spring in his step again as he gave the Consett defence a torrid time.