Stockton Town turned in a performance to remember as they trounced high flying Bishop Auckland 5-0 at Heritage Park.

With Bishops sitting third in the table, a close encounter was expected but the Anchors were in irresistible form as they controlled proceedings from start to finish.

Two early goals from Nathan Mulligan and Max Craggs got Stockton off to a flying start before second half contributions from Sonni Coleman, Chris Stockton and the mercurial Fred Woodhouse blew the home side away on a blustery County Durham afternoon.

In similar fashion to last weekend, Stockton came flying out of the traps and they led within the game’s opening ten minutes. A well-weighted lofted pass from Coleman released Woodhouse behind the home defence. He got to the byline and pulled back a perfectly weighted ball into the path of Mulligan. The midfielder made no mistake with a neat finish to break the deadlock.

The lead was doubled eight minutes later and it would be another goal from the heart of the Stockton midfield. The Anchors hit on the break with pace and Stockton played a delicate pass into the feet of Craggs just outside the area. He drilled a low effort out of the grasp of debutant goalkeeper Chris Rookes and into the bottom right hand corner of the net.

Max Craggs doubled the lead with an excellent finish from the edge of the box.

Stockton should have been out of sight within the next five minutes and they wasted three excellent opportunities to put the game to bed with the home side helpless to stop the onslaught. First, Coleman released James Risbrough through one on one but the winger snatched at his shot and sent it wide of the near post.

Shortly after, Craggs had Rookes scrambling once again but this time his effort was diverted just the wrong side of the post. Just a minute later, an excellent cross from Woodhouse, who controlled proceedings from the number ten position throughout, found the head of Stockton but he could only divert his effort wide of Rookes’ right hand upright. 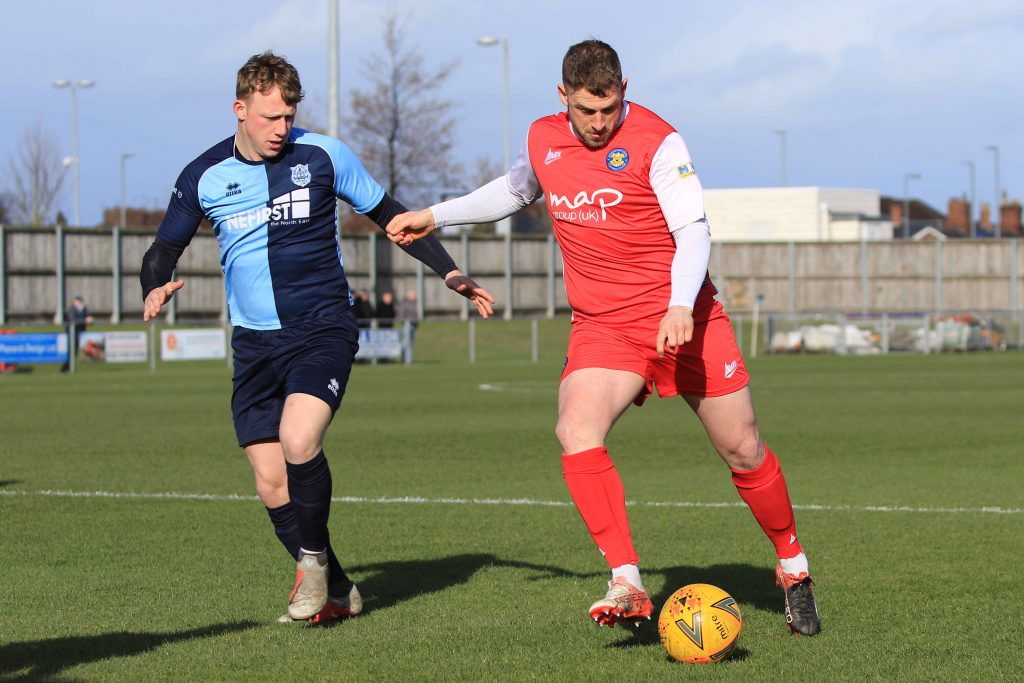 Fred Woodhouse was a constant threat for Stockton.

The home side threatened to punish the missed chances and twice went close through Chris Winn to finish the half. His first effort from range was repelled by a good low save from Josh Moody before he sent a free header from a corner over the bar when he really should have done more with the chance.

The first goal in an evenly contested opening to the second half was always going to be crucial and it went the way of Stockton just after the hour mark. Chris Stockton raced through on goal and his effort was denied by an excellent point blank save from Rookes. The rebound feel at the feet of Coleman and he slotted a deflected effort into the empty net to put the game beyond the hosts.

Sonni Coleman was on target once again.

Three became four twenty minutes from time when Woodhouse got the goal his performance deserved. Bishops failed to clear Craggs’ corner effectively and the ball fell to Woodhouse. He drilled home a first time effort with his left foot from the edge of the area and Michael Dunwell’s side were at their rampant best.

The scoring was complete fifteen minutes from the end when another quick fire Anchors break released Stockton and he finished clinically with his left foot to cap a scoreline that hardly flattered the men in red. 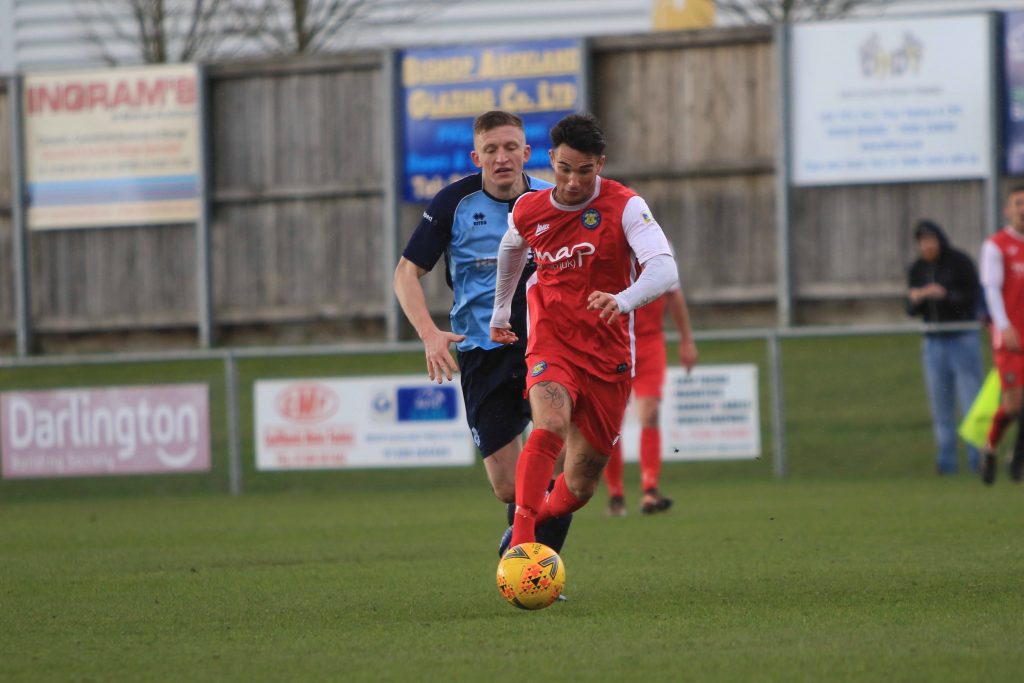 Chris Stockton found the net on his return to the starting lineup.

Things got worse for the home side moments later when substitute Kyle Patton saw red both figuratively and literally as he received his marching orders for a cynical stamp on Anchors substitute Mikey Roberts.

The referee brought an end to an afternoon that will live long in the memory of the travelling Anchors support as they outplayed one of the division’s top sides on their own patch to make it back to back wins and move into fourth in the Northern League table.

It was smiles all round for The Anchors.