Stockton Town made it back to back wins with an excellent 3-1 triumph over Guisborough Town at the King George V Stadium on Saturday.

Guisborough old boys Nathan Mulligan and Mikey Roberts returned to haunt their former club with goals either side of a Sonni Coleman strike to take three points back north of the Tees.

JD Briggs, in caretaker charge for the game, was blessed with arguably the strongest squad of 16 Stockton have been able to call upon all season. Tom Coulthard and Adam Nicholson returned to the squad but were both made to settle for a place on the bench as a result of the excellent performance against North Shields in their absence. 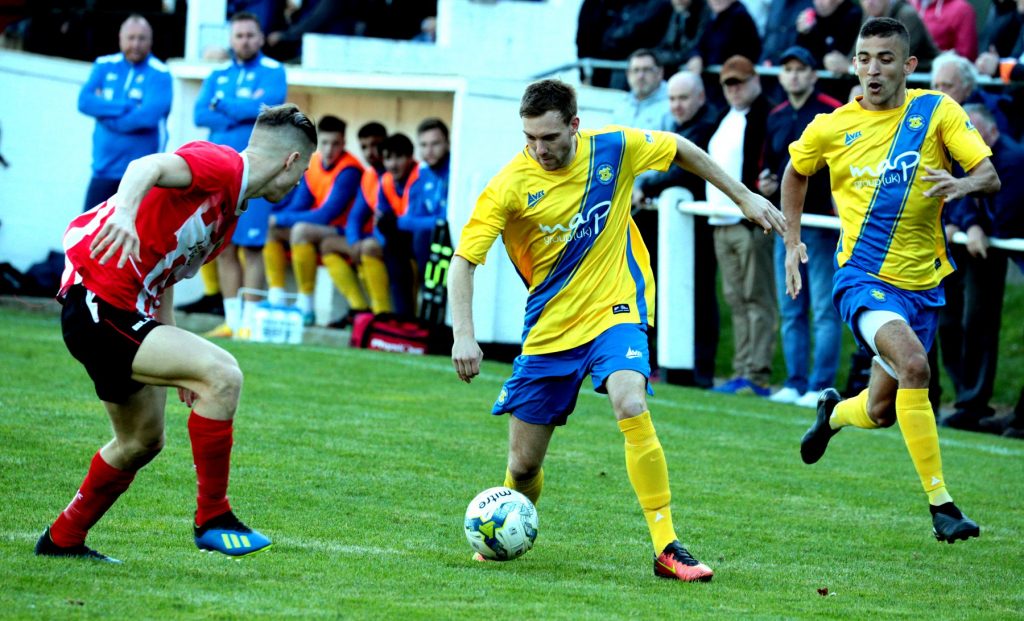 It was the hosts that enjoyed the better part of the game’s early going. Brandon Holdsworth was proving to be a nuisance, dropping into the hole between midfield and attack and linking play nicely. Early efforts from him and Nathan Steel signaled intent if not accuracy.

The Priorymen couldn’t turn their bright early spell into a concrete advantage and they were made to pay just after a quarter of an hour. The home side thought they had cleared a Max Craggs corner but the clearance dropped to Mulligan who struck a perfect volley from 25 yards that whistled past Jordan Nixon to break the deadlock.

The away supporters were hardly through waxing lyrical about the stunning striker when they were given more to cheer about. Less than a minute later, Coleman was released through on the Guisborough goal. He showed wonderful composure to round Nixon and slot home to double Stockton’s lead.

It seemed The Anchors had barely clicked into gear but they found themselves with a two goal lead thanks to some finishing that would be fit to grace games at any level.

Stockton managed the game well and kept chances to a minimum throughout the half. A curled effort from Steel sailed tamely over and a weak Mason McNeill effort from the edge of the area barely tested Michael Arthur. 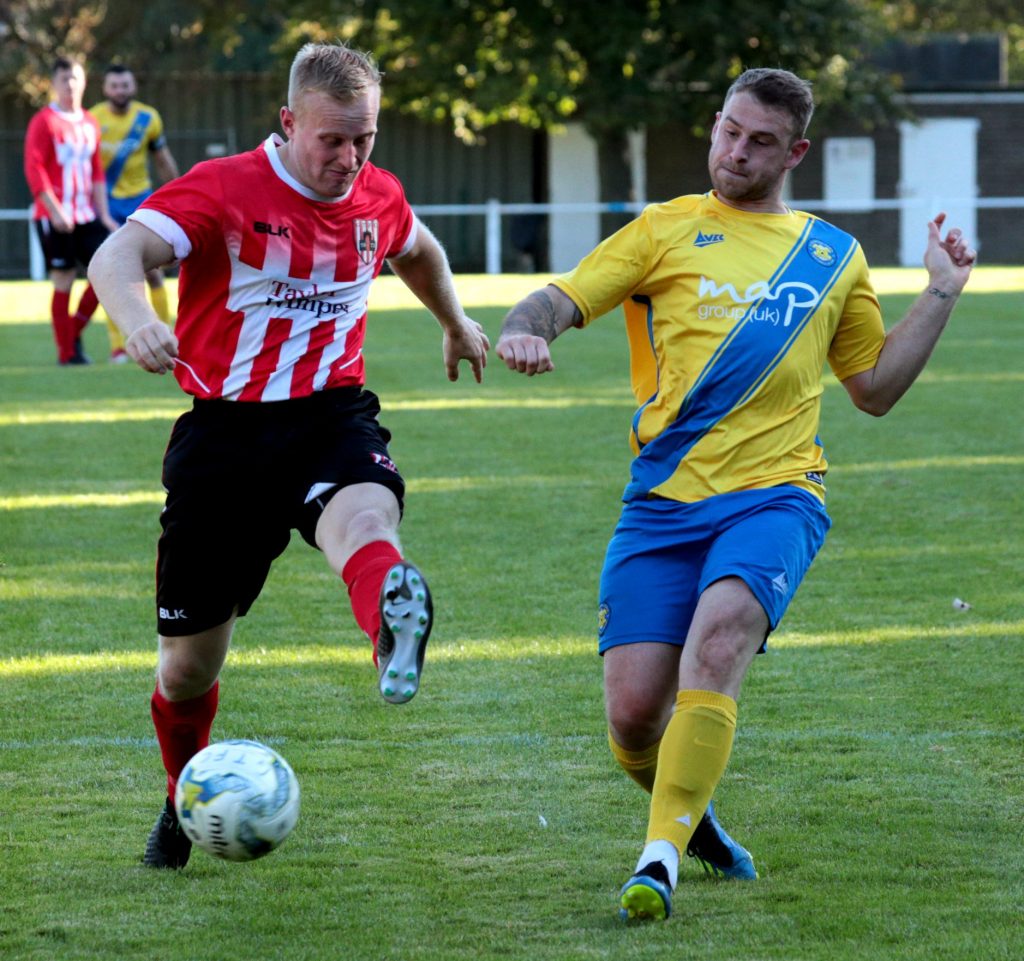 Stockton would go close to a third twice before the break. The first opportunity saw Peter Bulmer race through onto Sonni Coleman’s flick on from a clearance. He struck across Nixon but saw his effort creep the wrong side of the post. Craggs would also send a reminder of his threat from set pieces, going close from range with a trademark effort.

After not putting either chance away, The Anchors were fortunate to go into the interval with their two goal lead intact. A dreadful mix up between Arthur and defence saw a glorious opportunity fall to the feet of McNeill. The forward scuffed an effort goalwards but Coulthard, on in place of the injured Jordan Robinson, was perfectly placed to clear the danger off the line.

If Stockton felt their advantage was in danger in the moments before the half time whistle, it was positively in peril just three minutes after the restart when the referee awarded The Priorymen a penalty. James Risbrough, back on his old stomping ground, looked to have pulled Holdsworth back outside the box but carried on the foul into the area and the referee duly obliged to give the decision.

Steel stepped up with the composure and class that many on Teesside have become accustomed to with him and he lifted the ball beyond Arthur from twelve yards to halve his side’s arrears.

Stockton responded well and were twice denied a third by saves from Nixon. First, Fred Woodhouse jinked his way through a sea of Guisborough defenders before getting a shot in. He struck with power but his effort was repelled by Nixon.

Next, Nixon would deny Roberts. A cross from the right by Matthew Garbutt found Roberts in space in the area. He acrobatically volleyed towards goal but his right-footed strike was turned around the post by the impressive home stopper.

Stockton were managing to keep Guisborough to long distance efforts whilst playing some lovely football themselves. Their best move of the half saw Coleman released down the right. He squared across the face of goal to what looked to be a certain third. However, superb last ditch defending from Bradley Mills saw him beat Roberts to the ball before he could tap in.

Roberts would finally get the goal his performance warranted eight minutes from time when he coolly slotted home a through ball into Nixon’s left hand corner. Roberts had worked tirelessly in a slightly deeper role and the strike was no more than he deserved for his afternoon’s endeavours.

Stockton have now scored thirteen in their last four outings and this victory makes it back to back wins. With players becoming available and with goals flowing, the future is looking bright for this Anchors squad.