Anchors end the year with a Victory

Michael Dunwell rang the changes today with Nathan Mulligan and Mikey Roberts being replaced by Sonni Coleman and Jimmy Ward who came in as left back, James Risbrough was pushed further up the pitch.

It was a slow start to the game with Sonni Coleman claiming the first two efforts on goal, an overhead kick that was wide of the mark followed by a good low shot that was saved but also from an offside position. 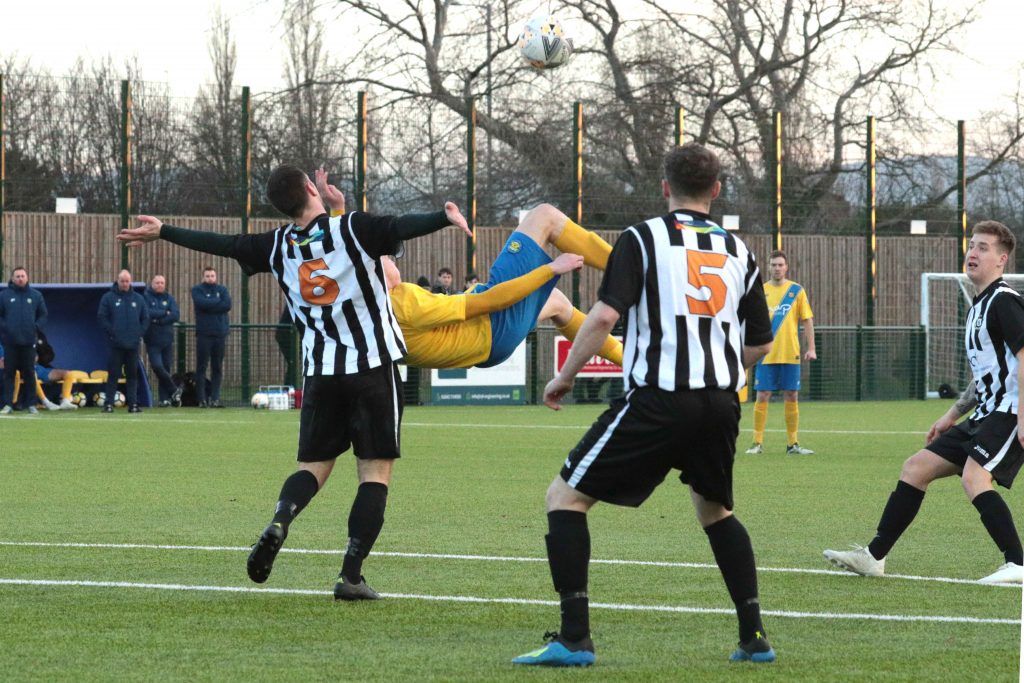 The Anchors build up was a little laboured and the lack of confidence recently may have been hanging around. It took a good 20 minutes to get going and it was in form Fred Woodhouse who ran through onto a Shabs Mohammed through ball but Ashington keeper Grant got there just in time to block. As the Anchors ramped it up Craggs had the next attempt on goal as he collected a Hayes pass and fizzed a curler just wide of the right hand post from 20 yards. 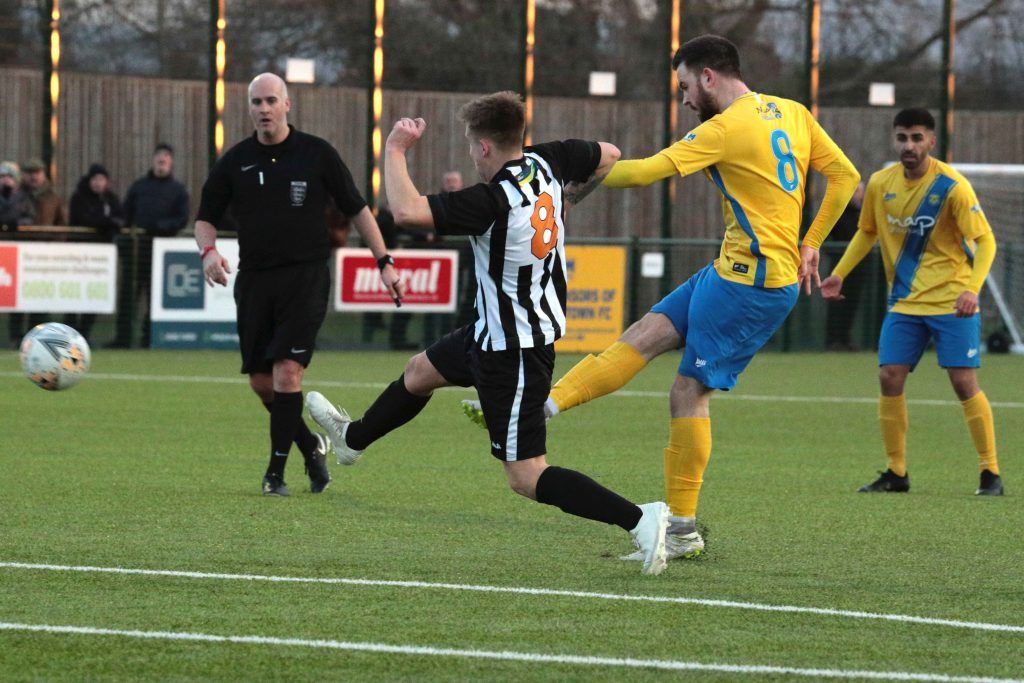 Ashington were offering little in attack and Mohammed, who was becoming more influential as the half went on found himself in loads of room on 31 minutes and set himself for a rasping 25 yard shot which dipped just too late and over the bar.

The Anchors took a deserved lead on 32 minutes when Fred Woodhouse burst past full back Bowey and sent in a perfect cross for James RISBROUGH who out jumped the defender to head home from 10 yards and straight after that it was Risbrough who latched onto a ball and outpaced the Ashington defence, his cut back flew across the 6 yard box without anyone being able to get a touch on it as the Anchors started to dominate proceedings. On 38 minutes it was RISBROUGH again making it 2-0, finishing from close range after keeper Grant had parried Colemans spin volleyed effort. 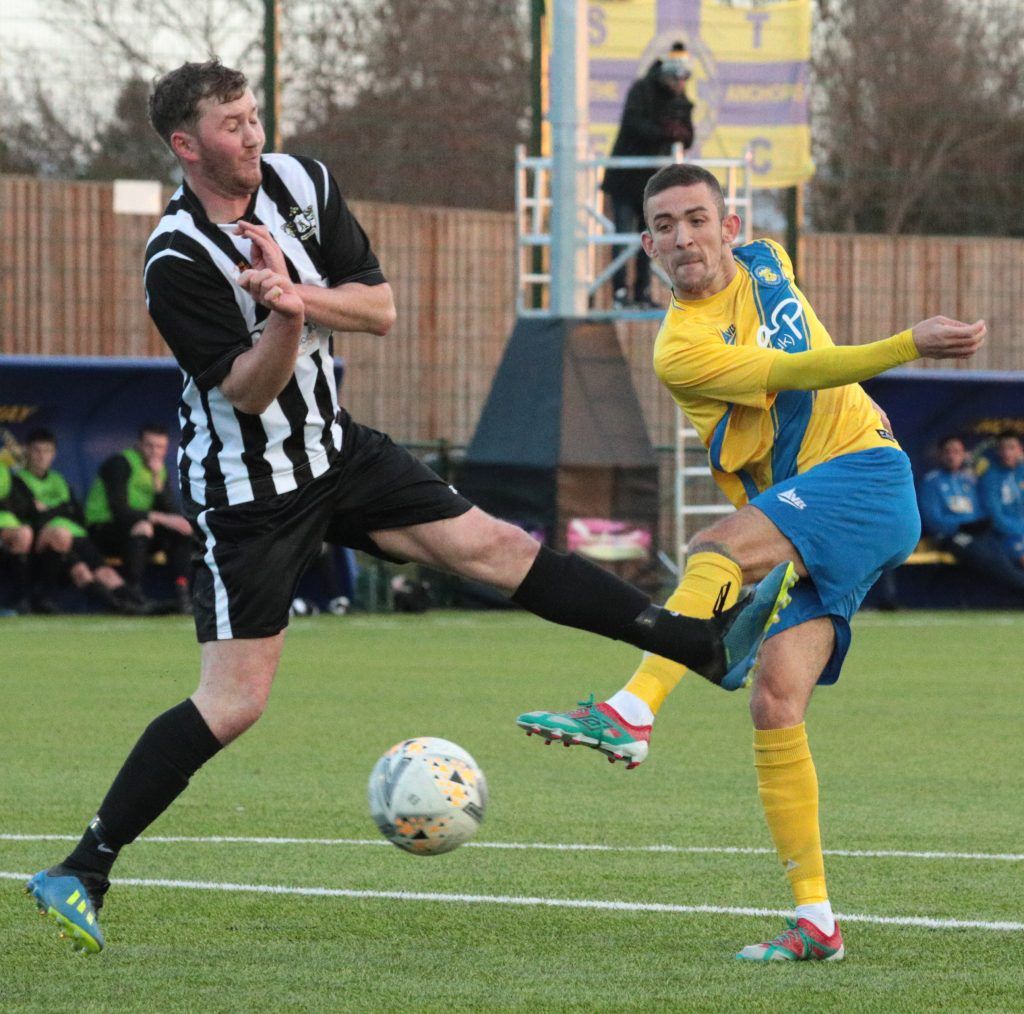 Stockton were well in control now but inexplicably some players went to sleep briefly and allowed Ashington to build up down the right and pick out a cross for Jack ROSS to convert easily from close range running in behind the defence with only their second attempt at goal. Half Time 2-1

Second half followed much the same pattern starting quietly, although Ashington were buoyed by their late first half goal. The Anchors settled into it however and Pete Bulmer and Kevin Hayes linked up for the first of several incisive moves with Hayes curling in a low cross that saw RISBROUGH rushing in at the far post to finish and claim his hat trick on 58 minutes.

Confidence flowed through the Anchors now and for the first time in a few weeks we saw them making the flowing moves we are used to seeing at the Coverall. Most pleasing was they involved Kev Hayes, who was starting to look like his old self.

Sub Mikey Roberts latched onto a Hayes pass after good work from Craggs but Grant made a good save at his feet on 67 minutes. A succession of corners and free kicks for the Anchors came to nothing and they settled in to see the game out. Only chance of note for Ashington was a free kick which was easily collected by Josh Moody. The final chance fell to Chris Stockton on 83 minutes who latched onto Roberts header as he leapt high above the centre half, but his shot was easily claimed by Grant. Final Score 3-1

After an unbelievable 12 months for Stockton Town FC it was inevitable that there would be some troughs to deal with at times and the Club has had a difficult past few weeks as performances and results dropped below the standards they set themselves. This wasn’t the perfect antidote but it was a well deserved 3 points and after a patchy first half there were some spells in the second half where we saw glimpses of the real Anchors free flowing and incisive play. Its a big step in the right direction and heres to more victories in the new year. Unsurprisingly James Risbrough got Man of the Match for his ‘perfect’ hat trick. James Ward was solid at left back, Nicholson and Robinson were strong in defence again, but Shabs Mohammed was the stand out performer aside from ‘Munchies’ hat trick and seems to grow with each game he plays.