Stockton Town made it three straight wins with a scintillating 8-0 victory over Penrith at the Coverall Stadium. 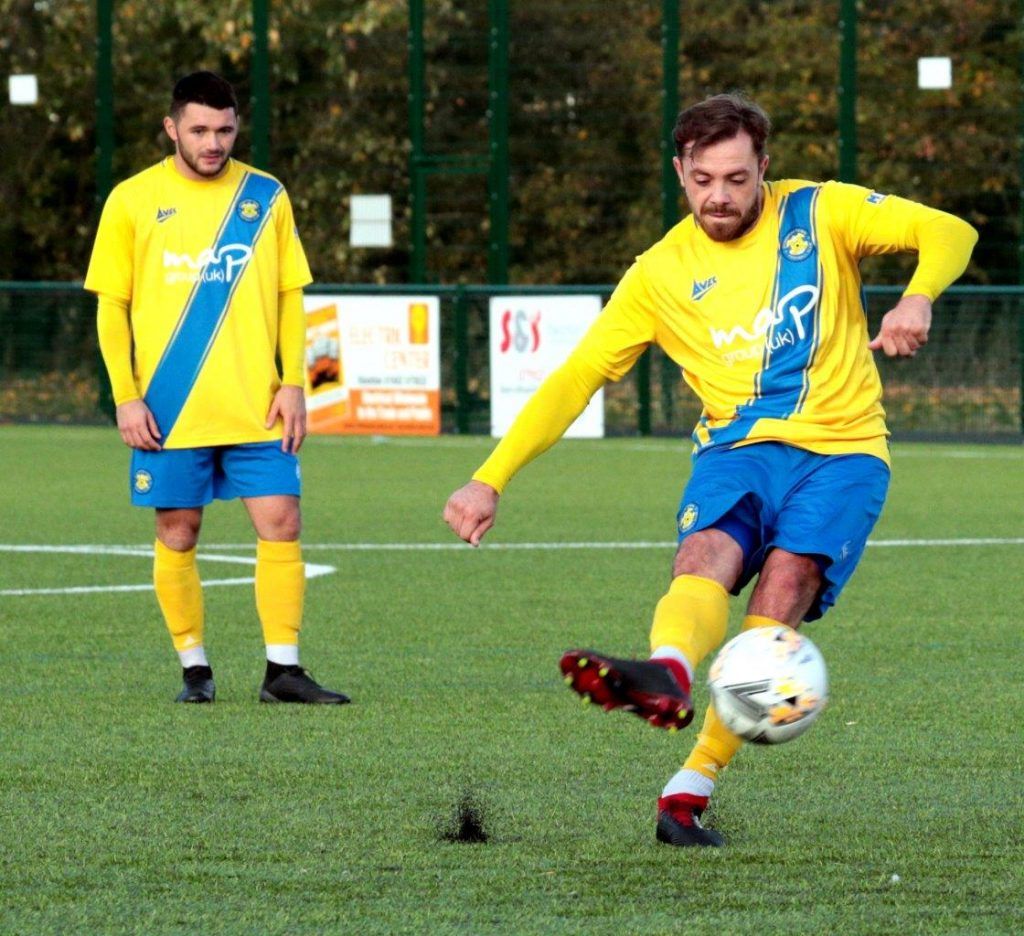 Nathan Mulligan expertly bends a free kick around the wall into the corner to complete his hat trick.

The Anchors made a bright start to the game and could have led inside the opening five minutes. Bulmer showed a turn of pace to go past Richards down the left before pulling back from the byline. His cross found the advancing Max Craggs in the area. He struck goalwards but a decent save from Stuart Forrester maintained parity.

The game’s opening goal came on thirteen minutes and Craggs was involved again. He struck a speculative effort from well outside the area. His low strike was well-hit and fumbled by Forrester. Coleman reacted quickest to tap in the game’s opener and his second in as many games.

Sonni Coleman wheels away after converting the opening goal

Stockton were enjoying a period of dominance and a second seemed highly likely against a new look Penrith outfit that have endured a winless start to the campaign. It should have been two midway through the half when Bulmer and Coleman linked up well on the edge of the Penrith area. The latter played in the former and he rounded Forrester with ease. With the goal at his mercy, Bulmer stumbled and was unable to add a second.

The winger’s stumble was the perfect metaphor for Stockton’s first half. They were in total control in the build up but the finish just wouldn’t come and they somehow find themselves entering half time with just a one goal lead.

The same problem would not be repeated in the second half as Michael Dunwell’s rampant Anchors side found the net on seven occasions.

A hint of things to come came three minutes after the restart. The returning Coulthard was first to a low, out-swinging Craggs corner and his deft flick was diverted past the helpless Forrester, via a deflection, to double Stockton’s lead.

The third wasn’t far behind and came just five minutes later. Bulmer has been relishing his more advanced role and he finally got the goal his tireless performance deserved on 53 minutes as he latched onto a through ball and slid home confidently low to Forrester’s left. 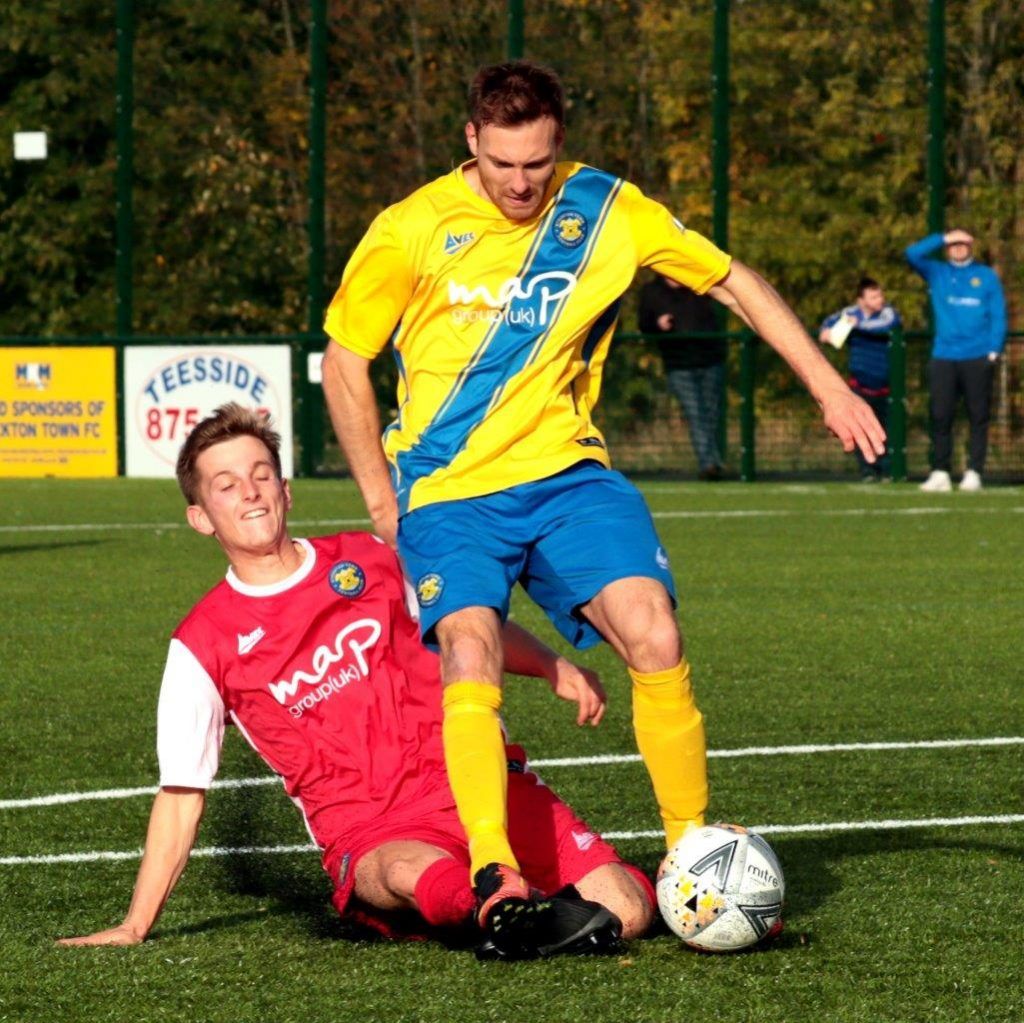 The question was no longer would Stockton win but, instead, how many would they win by?

Four minutes later, they had a penalty after Bulmer was hauled down by a clumsy challenge from behind. Mulligan stepped up and hammered the ball past Forrester from 12 yards for the first of his four goals.

The yellow barrage kept coming and Penrith seemed to have no way to stem the flow. The post would deny a Stockton fifth on two occasions before it inevitably came. First, James Risbrough rattled the post from close with Forrester well beaten. Then moments later, Roberts would be denied as the Penrith stopper pushed his near post effort onto the frame of the goal.

Roberts wouldn’t be denied on 67 minutes, though, and he got his second in two games with a fantastic header. Substitute Jake Petitjean sent over an inviting free kick and among a sea of more imposing presences, Roberts rose highest to nod home his seventh of the season off the underside of the crossbar.

Penrith managed to restrict Stockton for a short spell before the Nathan Mulligan show truly began in earnest inside the final ten minutes. His second goal came when he breached the offside trap to latch onto Coulthard’s perfectly weighted long ball. He composed himself before firing home his second and Stockton’s sixth.

Mulligan would complete his hat-trick in sensational style four minutes from time. He stepped up to take a free kick just outside the area and sent away any team mates considering a strike themselves. He curled a tantalising effort over a somewhat diminutive Penrith wall and beyond Forrester to secure the match ball.

An unlikely fourth for Mulligan came in injury time. Roberts played him through on goal to finish the scoring for The Anchors and to seal a remarkable afternoon for himself. The irony being that in setting up Mulligan’s fourth, Roberts relinquished his season long grip on the top of the Anchors’ goalscoring charts to the midfielder.

Michael Dunwell’s side now head into a crunch fixture away to Consett next weekend in stunning form. With three wins from three and 21 goals in five games, Anchors fans are being positively spoilt at the moment.