Michael Dunwell rang the changes again for this game as he tries to manage the squad through a busy period. Max Craggs and Jamie Owens are injured Jimmy Ward was unavailable.

Captain Adam Nicholson was making his 300th First Team appearance today as he led the team through a Jarrow guard of honour into the stifling heat and it was him bundling the ball over the line in the 4th minute only for the linesman to rule it offside, Chris Dunwell curled a left foot shot off the top of the bar 2 minutes later as the Anchors made a decent start. Jarrow had an early chance too and their direct style was causing problems. The dangerous ANDERSON made another good run onto a long ball and turned Cossavella finishing well into the far corner on 17 minutes. Arthur made a fine save from Anderson a few minutes later as Stockton struggled to contain him. Stockton had 3 or 4 good opportunities but it all added up to an unsatisfactory half with some players struggling to come to terms with the poor surface.

Second half started much the same but the heat was sapping the legs of Roofing and Kev Hayes was starting to influence the game he linked up well with Risbrough and his measured cross was turned in by STOCKTON on 58 minutes and for the first time Stockton seemed to be in control. Matty Garbutt chipped a quick free kick in to COLEMAN and although he seemed to overrun it and lose the chance somehow he worked the ball back and rolled it in from close range. Stocktons fitness levels counted in the last 15 minutes and subs Jake Petitjean and Shabs Mohammed worked hard to keep the Anchors up the pitch. It was Petijeans cross in the 90th minute that just evaded Coleman Hayes turned it back in and Sonni COLEMAN headed home neatly from 10 yards. 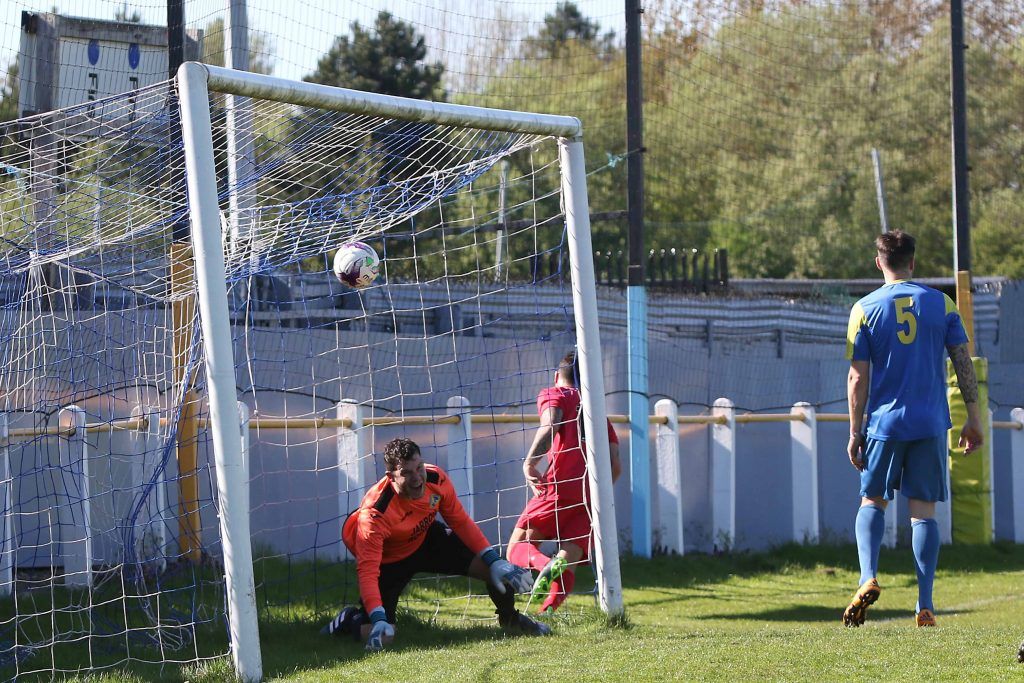 The Anchors jumped to 6th in the League after this victory, who'd have believed that in early September. Another hard fought game, what else in this tough League. Alan Cossavella rolled back the years and showed he's still got it. Hayes and Risbrough linked up well second half and Sonni Coleman worked his socks off again and grabbed another 2 goals which gets him MoM again. Two more to go......