Stockton Town stayed top of the Wearside League following a fantastic display away at Silksworth CW. Stockton played some great one touch football that Silksworth simply had no answer to. Kallum Hannah opened the scoring on 2 minutes and quickly grabbed a second when he lobbed the advancing keeper. A move from one end of the pitch to the other saw Kallum Hannah cross from the right for Jimmy Ward to finish from 10 yards in the 28th minute. Kallum Hannah grabbed his hat trick on 37 minutes to put Stockton 4 up. The second half saw Tony Johnson get the 5th with a header and Matty Garbutt followed up his own penalty to get Stockton’s 6th. 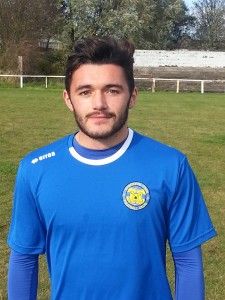 Matty Garbutt grabbed his 3rd goal in the last two games when he scored the 6th goal against Silksworth CW.

Next up for Stockton is a home fixture against Spennymoor Town Reserves, a good game is expected following their much improved form this season.