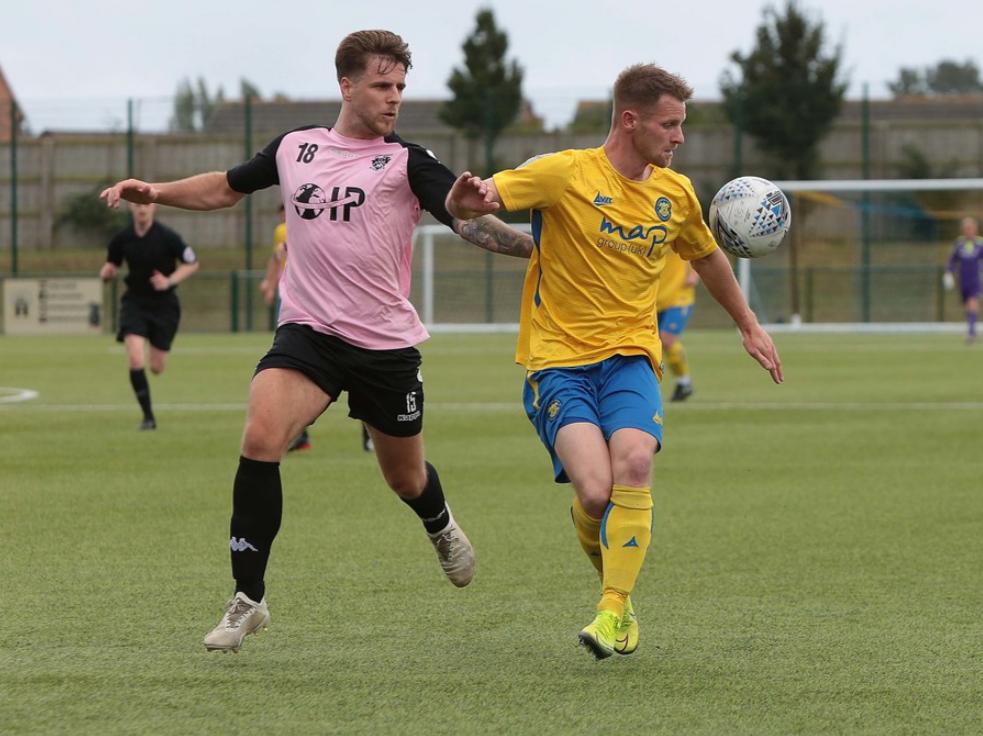 Stockton Town’s first home game in front of spectators for 175 days ended in a 2-1 defeat to Liversedge in a pre-season friendly.

Fans were allowed back into the MAP Group UK Stadium for the first time since February 29, due to the COVID-19 pandemic and a crowd of 150 watched on as the Anchors played their third friendly of the summer.

Liversedge opened the scoring when Alfie Raw struck after just eight minutes. Nathan Mulligan found an equaliser, Stockton’s first goal of pre-season, when he rose to meet Kevin Hayes’ whipped corner. Sedge re-took the lead when Joe Walton found the back of the net.

The game was a slow-burner, and Liversedge scored with the first real sight on goal for either team, Alfie Raw slotting in for the visitors.

The Anchors created some opportunities thereafter, Risbrough found some joy down the left flank but couldn’t quite finish. Just minutes later, the Sedge keeper fumbled a routine catch but Risbrough couldn’t quite connect to the loose ball.

Stockton started to impose themselves on the game, and aside from a few lapses of concentration at the back, began to pen Liversedge into their own half.

Risbrough’s cross from the byline was just beyond the reach of Nathan Mulligan, then a succession of corners came on the verge of half time as the Anchors searched for that equaliser, but none prevailed.

Michael Dunwell’s side carried the momentum into the second half, some neat attacking play allowed Hayes to lay it off to N. Mulligan, who’s delicate chipped shot was tipped away by the visitors keeper. Lewis King then found space on the right but his effort was also saved.

Stockton’s pressure finally told when Hayes’ whipped corner found the head of Nathan Mulligan, who nodded in for Stockton’s first goal of pre-season, and a deserved equaliser.

Stockton continued to press but it was Liversedge who re-took the lead through Joe Walton’s effort.

The Anchors searched for a second equaliser, but it was not to be as Liversedge stood firm in the face of plenty of Stockton possession, to grind out a 2-1 win for the visitors.