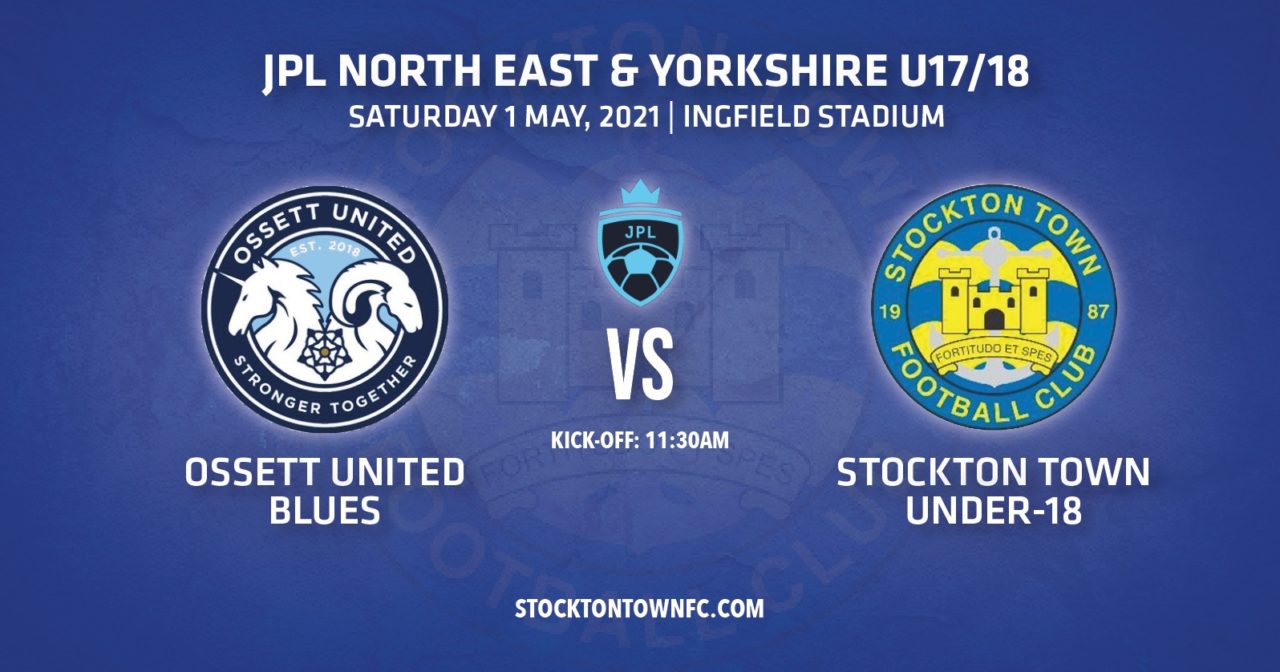 Liam Cox’s side lead 1-0 at the interval following Sam Conway’s headed goal and, aside from a ten minute spell before the hour mark, were in total control of proceedings throughout the second-half.

Harry Donachie, Brad Povey, Gary Mitchell and Josh Hatton all found the back of the net in the second period, moving the U18s to 38 goals scored for the season in just nine matches.

The result means the Anchors lead the Junior Premier League North East & Yorkshire by thirteen points from Emley AFC, who they thrashed 9-0 earlier in the season, with one match to play of the campaign.

Following a cagey opening six minutes, the visitors broke the deadlock through an attack down the right flank, Alfie Conway sent in a cross for Sam Conway to head home for his fourth goal in his two matches.

Ossett United Blues could have equalised just minutes later but Jack McCally demonstrated terrific reflexes to tip an effort over the bar.

A moment of contention arose following a close range shot inside the Stockton Town penalty area that bounced off the crossbar down onto the ground, with the hosts adamantly suggesting that the ball had crossed the goal-line, with nothing given.

The visiting side were keen to utilise their strength in wide areas throughout the first half, first with Brad Povey on the right side providing a cross to Sam Conway whose effort was just wide. Then a few minutes later Josh Hatton sent a cross that Mitchell collected and set up Povey who’s effort was saved.

Keelan Wright almost his second goal since returning after lockdown but his shot was finely saved at full stretch by the Ossett goalkeeper.

The Anchors doubled their lead on the hour mark, Sam Conway delivered in a corner that Harry Donachie converted from close range for his second goal in as many matches.

Povey added a third with 20 minutes remaining after excellent build up play in attack allowed the winger space to finish under the goalkeeper.

After the third goal, the visitors controlled the game perfectly and played some enthralling football at times, with Wright, the man at the heart of the action superb at breaking the lines with intent and power.

The Anchors kept pushing for more goals, and hit the woodwork before Gary Mitchell, who’s hold up play was excellent all game, grabbed a goal his performance deserved with a tap in following an unselfish pull back from Sam Conway.

Hatton added the final gloss to a polished performance with a fifth goal shortly before time, his right footed effort found the net despite the home keeper getting fingertips to it.

Liam Cox’s men are due to face Ossett United Whites at home to round off their league campaign, with a date and time set to be confirmed ahead of the game.