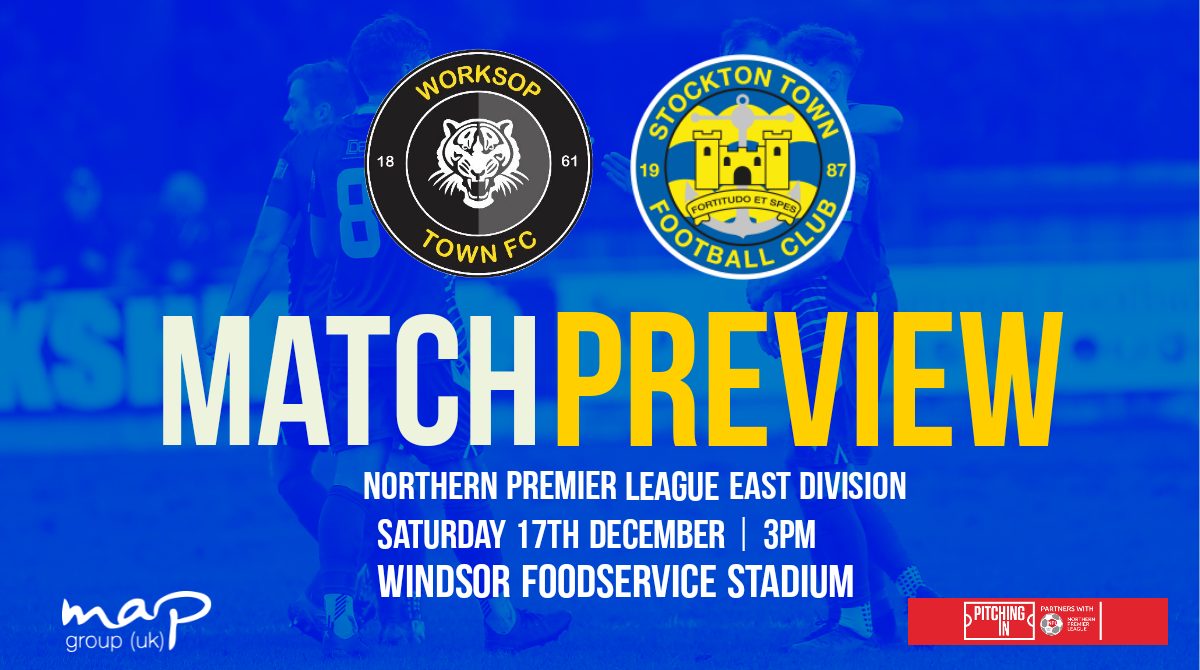 Stockton Town return to action when they face their toughest test yet with a trip to league leaders Worksop Town.

The Anchors, much like the rest of the non league scene, were without a game last weekend after their away game at Cleethorpes Town was called off due to a frozen pitch.

The week prior to that, Stockton suffered a rare home loss as they went down 2-1 to Long Eaton United. Two first half goals for the visitors settled it in their favour.

It ended Stockton’s seven-game unbeaten run in all competitions which dated back to the 2-1 defeat to Pontefract Collieries in mid October.

There have been three meetings between the two clubs. Worksop did the double last season, while Stockton took the first meeting on the opening day of this season.

Since their opening day defeat to Stockton Town, Worksop have been in imperious form recording 16-straight league victories.

Highlights of their tremendous have been a 6-1 thrashing of Hebburn Town, a 4-0 win over North Shields and an impressive 2-0 midweek win at Cleethorpes Town.

The stats back up their dominance with 56 goals and just 12 conceded they rank as the best in the division.

Liam Hughes has the Tigers stand out player this season with 23 goals. Liam Hardy is also into double figures with 11 goals thus far.

Former Bradford City striker James Hanson is also in the ranks and he has five for the season. That included a wonderful goal to win all three points in a tight match at Ossett United.

Craig Parry’s men have continued to strengthen and they have added another defender in Bobby Faulkner on month-long loan deal from Doncaster Rovers.

Speaking ahead of the game, Manager Michael Dunwell said:

“It’s a tough game obviously as it’s 1st v 2nd and they’ve won 16 in a row in the league, so are going to be high on confidence and haven’t lost in the league since we beat them on the opening day.

“We know it’s going to be a battle as they are strong, physical and direct and we have prepared for that.  We are expecting an equally tough game as when we played them last.

Dunwell added; “For us we have to start games better than what we have been and be more compact as a team.

“We are creating lots of chances and need to start converting them like we were a couple of games ago.

“These are the games players and management want to be involved in and I know we are all looking forward too.”