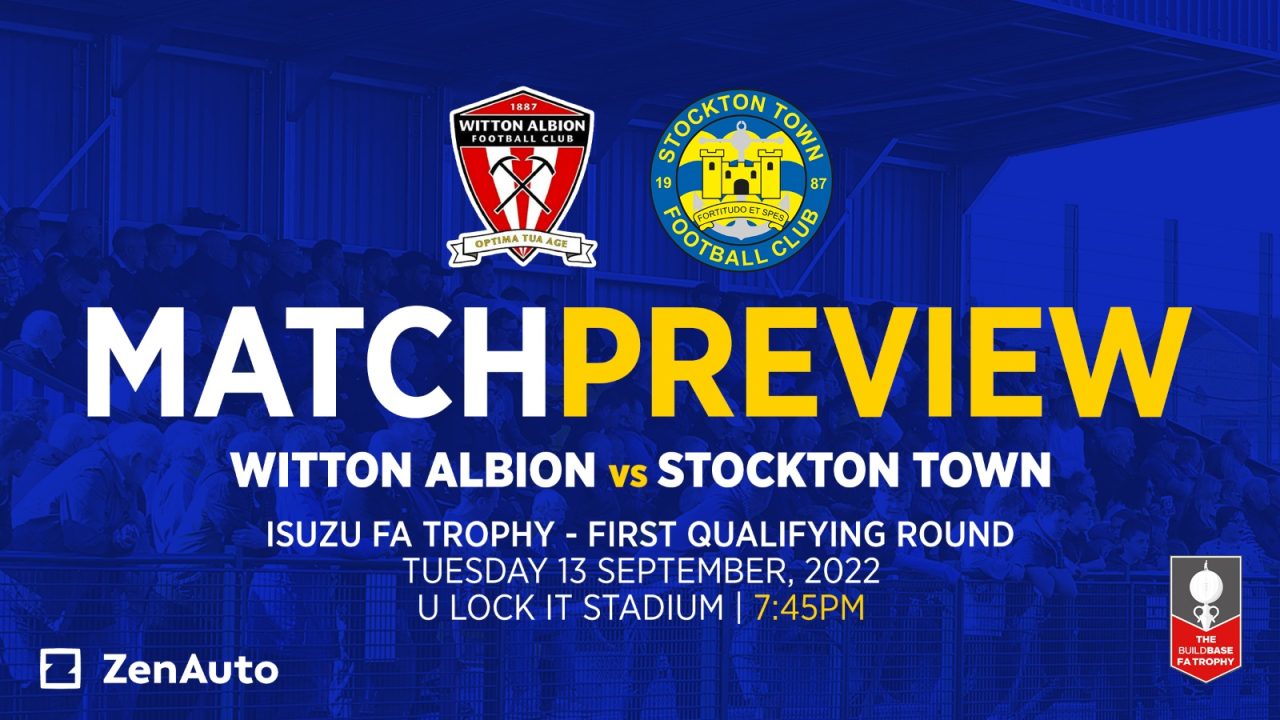 Stockton Town begin their FA Trophy campaign on Tuesday when they make the long trip to Northwich to take on Witton Albion.

The match was originally scheduled for Saturday but was moved back to Tuesday following a postponement of football across the country as a mark of respect for the death of Her Majesty Queen Elizabeth II.

Last time out the Anchors continued their 100% start in the league with a 4-2 win over North East Rivals North Shields.

Two goals in the first ten minutes from Nathan Mulligan and Elliott Beddow put Stockton in control before Regan Paterson closed the deficit just after the half hour mark.

Paterson struck again ten minutes before the end to close the gap to one goal but Kevin Hayes scored minutes later to ensure Stockton finished with all three points.

The game at Witton Albion marks a break from the league with the start of the FA Trophy campaign. Last season the Anchors endured a disappointing early exit in their FA Trophy debut by losing on penalties to City of Liverpool FC following a goalless draw.

They will be hoping to fare better than they did in their FA Cup campaign too which ended prematurely with a 3-2 home defeat to Pontefract Collieries.

In the summer they appointed former Manchester City striker Jon Macken as their new manager. The 44-year-old had previously managed Radcliffe and Colne.

They are currently 15th after taking seven points from their first five games. In their last match they beat a highly-fancied Macclesfield 1-0 at home.

In the previous home game they recorded an impressive 3-2 win over Workington.

Summer signing Joe Duckworth from Winsford United has made an instant impact for the Albion. The striker has scored five goals in seven appearances so far.

Witton Albion are seasoned campaigners in the FA Trophy. Their best performance saw them finish as runners-up in 1992 when they lost 3-1 to Colchester United in the final.

“Looking forward to the game but it is going to be tough especially with the distance to travel for the players and staff when it was unexpected.

“The players and staff alike have done well to get the time off for the game and we go with full of confidence after our start to the season.”

Dunwell added: “We want to put in a solid performance and get through to the next round.”