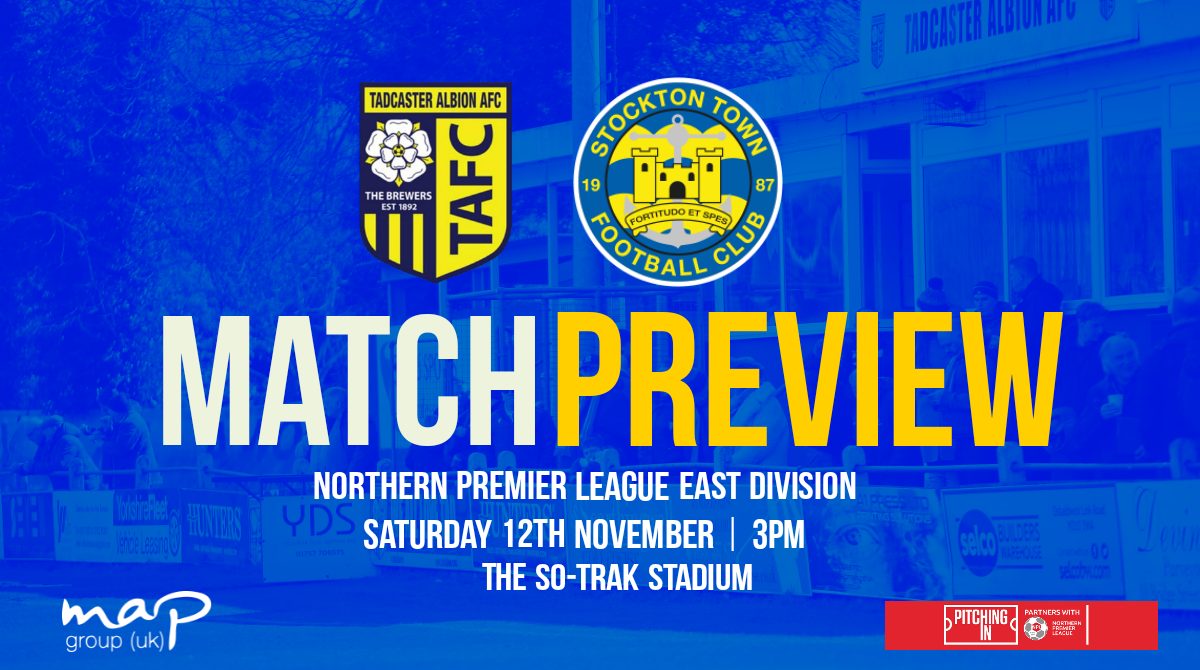 Stockton Town travel to Yorkshire today to take on Tadcaster Albion in hopes of continuing their winning run of form.

The Anchors have returned to winning ways again over the last few weeks with three consecutive wins against Bridlington Town, Brighouse Town and Carlton Town.

Liam Cooke, Adam Nicholson and a brace from Kevin Hayes were enough to give the Anchors all three points against Carlton Town last week after a thrilling, seven-goal game that Stockton won 4-3. A game which saw attacker Mikey Roberts play the second half in goal after an injury to Callum Roberts.

An injury which was discovered to be a broken arm and has ruled out the goalkeeper for six to eight weeks.

The two sides faced off twice in the league last season, with both teams winning their home games.

Tadcaster currently find themselves at the bottom of the Northern Premier League East on six points, with only one win from their first 15 games. Taddy’ were in a similar situation last season when Stockton went there in April, but the Anchors still came out on the losing side.

Tadcaster are fighting for their lives at the bottom and need wins quickly to escape the relegation zone, this will give them a dangerous, fearless mentality to go out there and cause an upset.

Despite their league position, Tadcaster have a very talented team, and boast a dangerous strike force. Their main striker is 20-year-old, Rob Guilfoyle, who joined Albion in late October from familiar faces Marske United, after scoring two goals in 10 appearances. Guilfoyle also spent last season in the NPL East with Worksop and Pontefract Collieries.

Speaking after the Anchors’ 4-3 win over Carlton last weekend, manager Michael Dunwell spoke ahead of today’s game and said:

“We’ll go to Tadcaster, we’ve got to be professional, we’ve got to go there and put in a good enough performance to get three points.

“We went there last year, and we didn’t put in a good performance, and we lost. We’ve got to put the ball in the net earlier, we’ve got to be better in the final third earlier in the game.

“We’re confident we can go there and get three points and keep this run going.”

“It’ll be another tough game away from home, we’re going to go into it full of confidence and now and hopefully got another three points and carry on our run.”