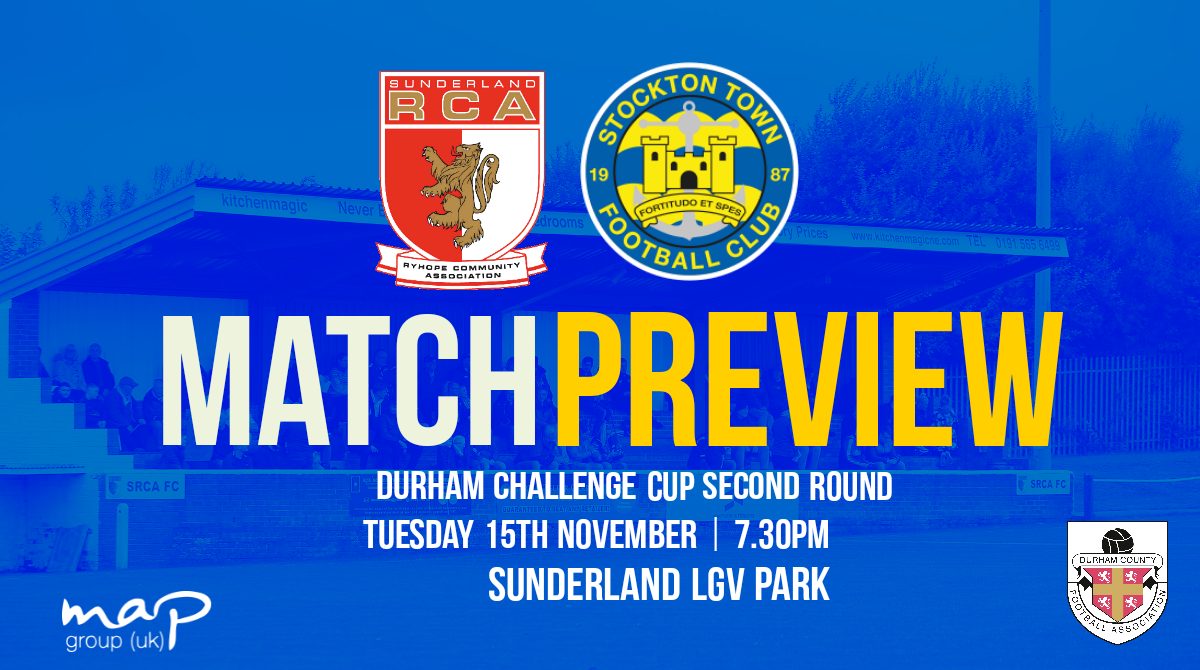 The Anchors come into the game in fine form having won their last four games. It has been perfect response to a minor blip which saw them lose back-to-back games to Dunston and Ponefract in mid-October.

The last win in that run was a 2-0 triumph at Tadcaster Albion on Saturday. Goalkeeper Lewis McDonald, deputising for the injured Callum Roberts, earned the player of the match with a vital penalty save to keep the game goalless early.

A brilliant strike from Liam Cooke followed by a scruffy finish from Captain Adam Nicholson gave Stockton the points.

In the last round of the Durham Challenge Cup, Stockton Town were 4-0 winners over Northern League Division Two side Easington Colliery.

There have been eleven meetings between Stockton Town and Sunderland RCA in total. Last time the two sides played, Stockton Town were 4-2 winners in the FA Cup First Qualifying Round.

The previous five meetings were:

Sunderland RCA are currently 13th in the Northern League Division One with 23 points from their first 20 games of the season.

Since their 6-1 win over Darlington RA in the Durham Challenge Cup First Round they have endured a dismal run of form with six straight league defeats.

Striker Davison continues to be the dangerman for RCA and is their current top scorer with eight goals in all competitions. He scored a consolation in Saturday’s defeat to West Auckland

In addition to Davison, RCA have squad littered with Northern League experience. Forward Kyle Fryatt, who is currently on five goals, is currently in his second spell with the Wearsiders after playing at Whitley Bay and Bishop Auckland among others.

Other Northern League stalwarts include vastly experienced defender Daryll Hall who played a part in the South Shields renaissance a few years ago.

“We have a couple of knocks in there, so the team will probably change for Tuesday with a few lads who haven’t had minutes recently.”

Assistant Manager JD Briggs also looked ahead: “It’s a competition that we want do well in. We’ll field a strong squad but will change a few personnel as well.”