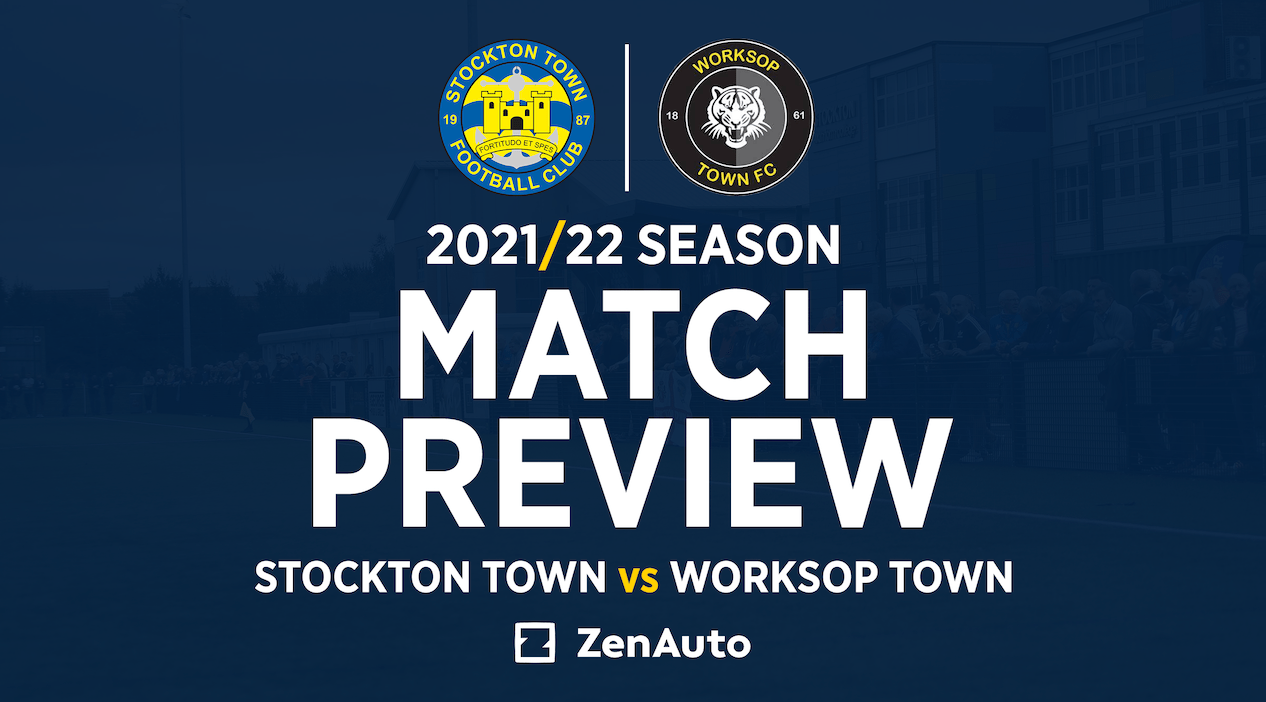 The Anchors continued their excellent start to the league campaign as they came from behind to beat Bridlington Town 3-1 on Tuesday night.

Kevin Hayes kept up his superb form with a bullet strike, Stockton’s second of the night, to add to his winner against Hebburn Town.

Jamie Owens edged closer to the magic 100 goal mark as he followed up on his winning goal against Ossett United in the FA Cup.

This is the first meeting between Stockton Town and Worksop Town.

Worksop Town made their return to the Northern Premier League in 2019 after winning the North Counties East League Premier Division.

They have yet to finish a full campaign after the last two seasons were curtailed due to Covid. In those two seasons they were 12th and 6th at the time it was halted.

Heading into this season, they had a faultless pre-season and picked up impressive victories over Mickleover Sports and Walsall.

That proved a false dawn on the opening day as newly-promoted Yorkshire Amateur hit them with a 3-0 defeat. The Tigers bounced back from that with a 3-0 win of their own at Sheffield FC.

They were then involved in FA Cup thriller as they played out a 4-4 draw with Eastwood Community. In the replay, they showed their dominance over the team from Step Five with a 5-2 triumph.

Midfielder James Baxendale is the most recognisable name in the squad. The player-coach arrived from Pontefract Collieries last season and brings a wealth of experience having played 103 games for Walsall in the EFL.

In the summer they made a number of quality signings. They added to their defence in the form of right wing-back Liam Bateman who started his career with Aston Villa.

Their attack has been bolstered with three signings. Former Chesterfield forward Ify Ofoegbu, Antigua and Barbuda international Zayn Hakeem and Steven McDonnell, who returns from Belper Town. McDonnell was a pivotal part of the team that won promotion from the NCEL.

Hakeem and McDonnell both scored in Wednesday’s 5-2 victory over Eastwood Community, with their latter bagging a brace.

Speaking after their FA Cup win over Eastwood Community, Worksop manager said: “We know we are against a very good side that have started well, but they are all human. They are all footballers, same as our chaps.

“It’s going to be a good game. I am sure they’ll play attacking football and get at us, but we’re going up there to play the exact same and try outscore them. So I think for the neutral it might be an interesting game.”

Speaking after the 3-1 win at Bridlington Town, Manager Michael Dunwell said: “We’ll have a couple of players coming back. Adam (Nicholson) will be back on Saturday and hopefully Dan Mac (Dan McWilliams).

“This is what we’ve said our squad is for. Louie Hall’s come in, 18 year-old and slotted straight in there and had a comfortable game – bit nervous first fifteen minutes but after that he’s settled in really well.

“Shane’s dropped into left-back and looks like he’s played there his whole career. Then Jordan’s come into midfield and had a good game as well. So we’ve got players who can come in when we’re missing players and we’re not weakening the eleven.”

He said: “We go again Saturday, whoever the starting eleven is we know all the lads will be behind us grafting straight back into it on the Monday again. Hopefully the lads will be going for the six points. (We) Take each game as it comes.”