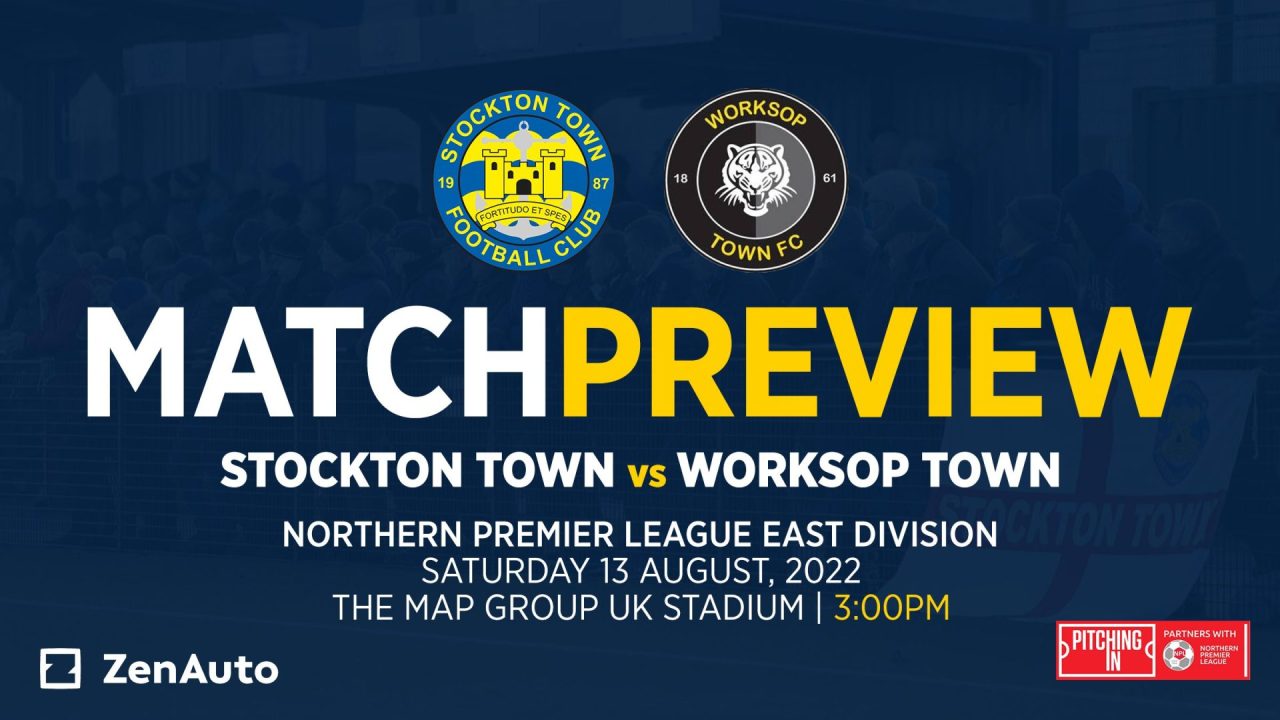 One hundred and five days after Stockton Town’s play-off final against local rivals Marske United, the Anchors are back in competitive action as they welcome Worksop Town to the MAP Group UK Stadium for the opening game of the new Northern Premier League season.

Michael Dunwell’s side finished fourth in their maiden Step 4 campaign, with 66 points from their 34 league games, before reaching the play-off final with a narrow 2-1 victory at Cleethorpes Town.

It wasn’t to be for Stockton in the final, who return for their second season in the Northern Premier League East Division.

Dunwell has added to his squad in over the summer with the signings of forwards Stephen Thompson, Matty Tymon and Elliot Beddow from Spennymoor Town, Marske United and Thornaby respectively, as well as midfielder Cameron Painter from Blyth Spartans.

The Anchors featured eight times in pre-season, winning five of those matches, with the highlight a 3-1 success at newly-promoted National League North outfit Scarborough Athletic.

Stockton are unbeaten in their last four opening day outings, with the Anchors drawing 0-0 away at Stocksbridge Park Steels in their maiden Northern Premier League fixture last August.

The two sides met twice last season – with Worksop Town becoming the first side in three years to complete a league double over Stockton Town.

Worksop Town look set to be one of the favourites for the Northern Premier League East Division title after a big summer of activity in north Nottinghamshire.

The Tigers missed out on a play-off place last season after faltering in the final stages of the inaugural East Division season, earning just one win in their last eight league matches to finish eighth – nine points off the play-offs.

However, despite a difficult end of the season, the Nottinghamshire-based outfit have retained the majority of their squad and added quality and experience in abundance to their side.

The Tigers announced the signings of Liam Hughes and Terry Hawkridge, who was part of the Lincoln City side which reached the Quarter-Final’s of the FA Cup in 2017, from Northern Premier League side Matlock Town.

Also joining Craig Parry’s side are defender Hamza Bencherif from Guiseley AFC, and midfielders Paul Green – who featured in the Premier League for Derby County in 2007-08 – winger Jay Rollins, both from Boston United, and Sam Wedgebury from Stalybridge Celtic.

Among their key players retained in the squad is striker Liam Hardy, who scored 13 goals last season.

Results include a 4-2 win over National League North side Scarborough Athletic, in which Hanson scored, an 8-0 success against a Chesterfield Academy XI – Hughes and Hardy with hat-tricks in that game – and a 5-0 thrashing of Stamford AFC of the NPL Midlands.

Stockton Town closed off their pre-season programme with a 11-1 win over Manchester Football League side Manchester Gregorians last Saturday, and Michael Dunwell reacted to his side’s pre-season campaign.

“Since the Scarborough match we’ve not really had everybody available all at once, but everybody will be back for Worksop Town barring Shane Henry.

“The new lads have integrated into the squad really well and the players who were already here, the fitness levels are really good.

“It’s going to be a tough game against Worksop, both sides have strengthened well and hopefully we can get a big crowd in with Middlesbrough not at home this weekend.”

Supporters can get their hands on our Issue 1 of our award-winning matchday programme at the gate for just £2. 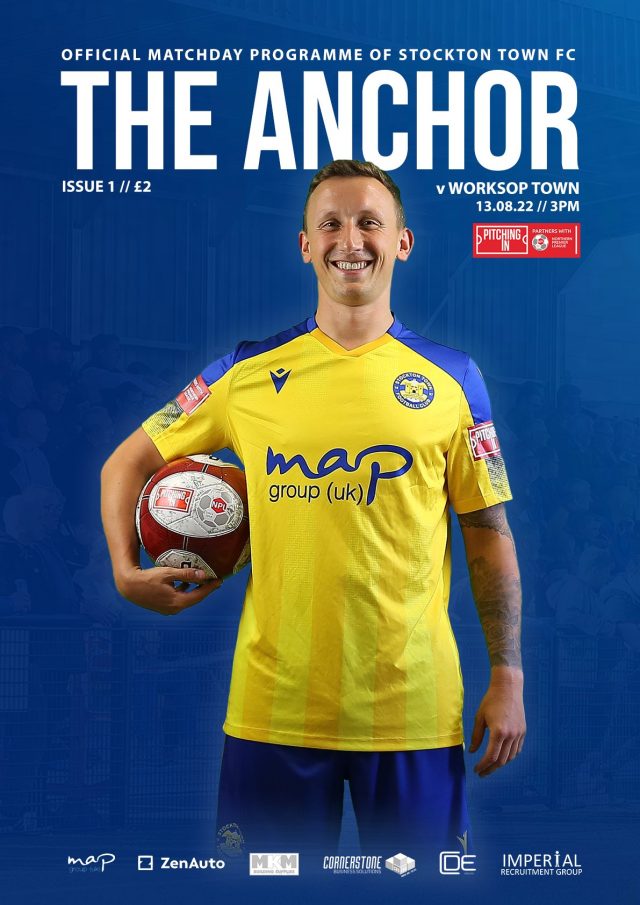