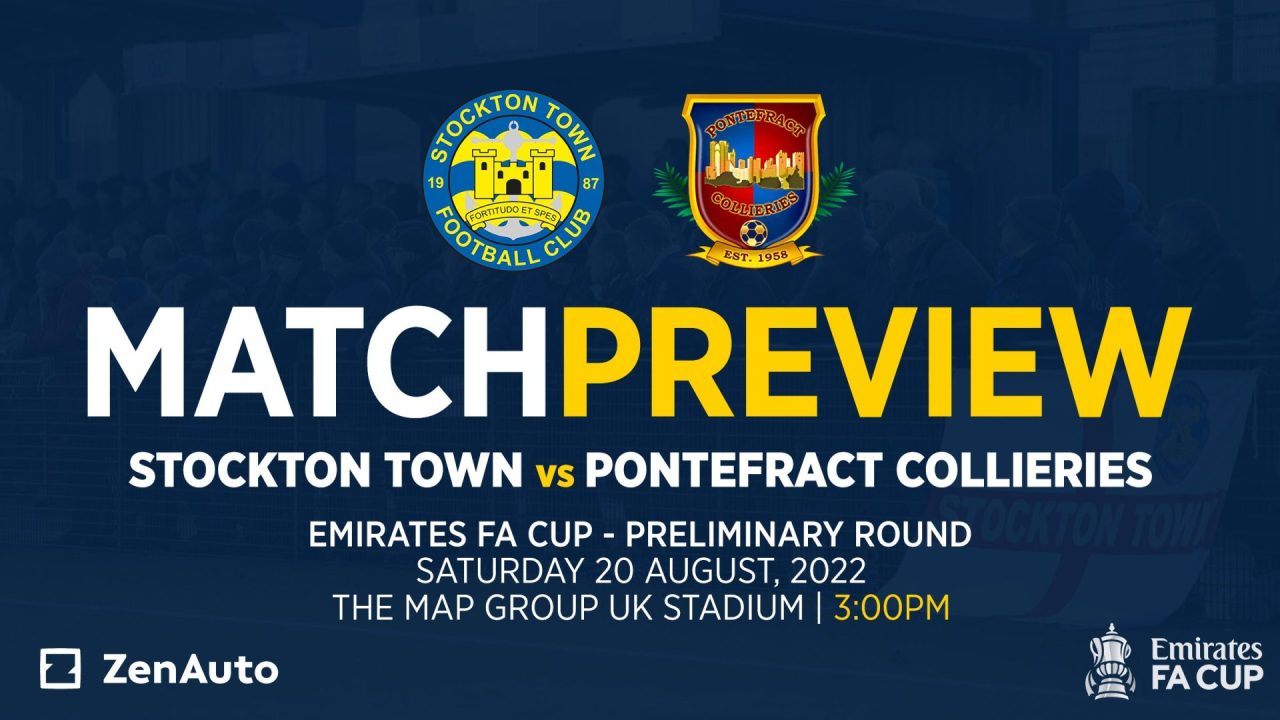 Stockton Town begin this season’s Emirates FA Cup campaign in the Preliminary Round when they host Pontefract Collieries on Saturday afternoon.

The Anchors have made a 100% start to the league with two wins from two. Last Saturday, they beat Worksop Town 2-1 with summer signings Stephen Thompson and Matty Tymon linking up for the opening goal. Nathan Mulligan continued to show his class with a free-kick which proved to be the winner.

On Tuesday night, another summer signing in Elliott Beddow put in a man-of-the-match performance as he netted and had two other goal involvements in a 3-0 win at Ossett United. It was an excellent result at a place where Stockton had suffered late heartbreak last season when they conceded a stoppage time goal to lose 2-1.

Last season in the FA Cup, Stockton Town equalled their best performance when they reached the Second Qualifying Round. They defeated Ossett United at home and Sunderland RCA away before succumbing to National League North side Curzon Ashton in a humbling 4-0 defeat.

The Anchors will be hoping for another large support cheering them on. Last Saturday saw 1014 pack into the MAP Group UK Stadium to give the club its third-highest league attendance in its history.

The two sides met last season for the first time with both clubs sharing a victory each.

Pontefract Collieries have made a strong start to the season and remain unbeaten in their first three games.

In their season opener they defeated North Counties East League outfit Garforth Town 1-0 on their travels to set up a Preliminary Round meeting with Stockton Town.

The Colls then won their opening league game by defeating newly-promoted Grimsby Borough 4-0 at home. Striker Joe Lumsden proved to be the star of the show with a hat-trick.

In midweek, they had to come from behind to draw 1-1 at home with Hebburn Town. Summer signing Gavin Allott from Liversedge bagged the leveller for the Colls.

There has also been a couple of players who have returned to the club in ex-Walsall midfielder James Baxendale and defender Jake Picton who previously served as Colls captain.

Speaking following the win at Ossett United, Manager Michael Dunwell spoke to Anchors TV: “Its a break from the league but we would like to have a run in the FA Cup and we have got as far as the Second Qualifying Round let’s see if we can go one further who knows what can happen.

“If you go on a good run in the FA Cup it also generates a good income for the club so we will be looking to win on Saturday.”

Supporters can get their hands on our Issue 2 of our award-winning matchday programme at the gate for just £2. 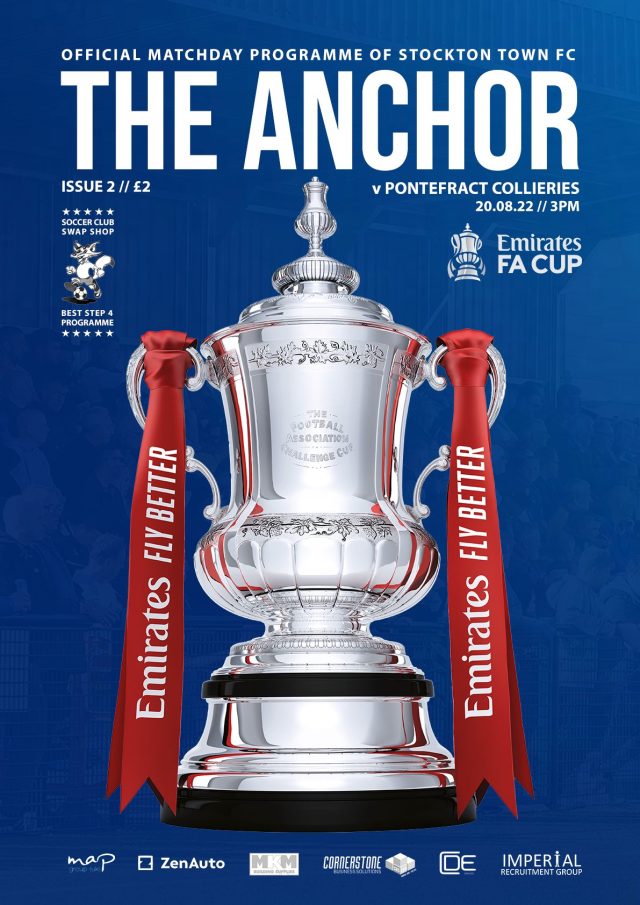