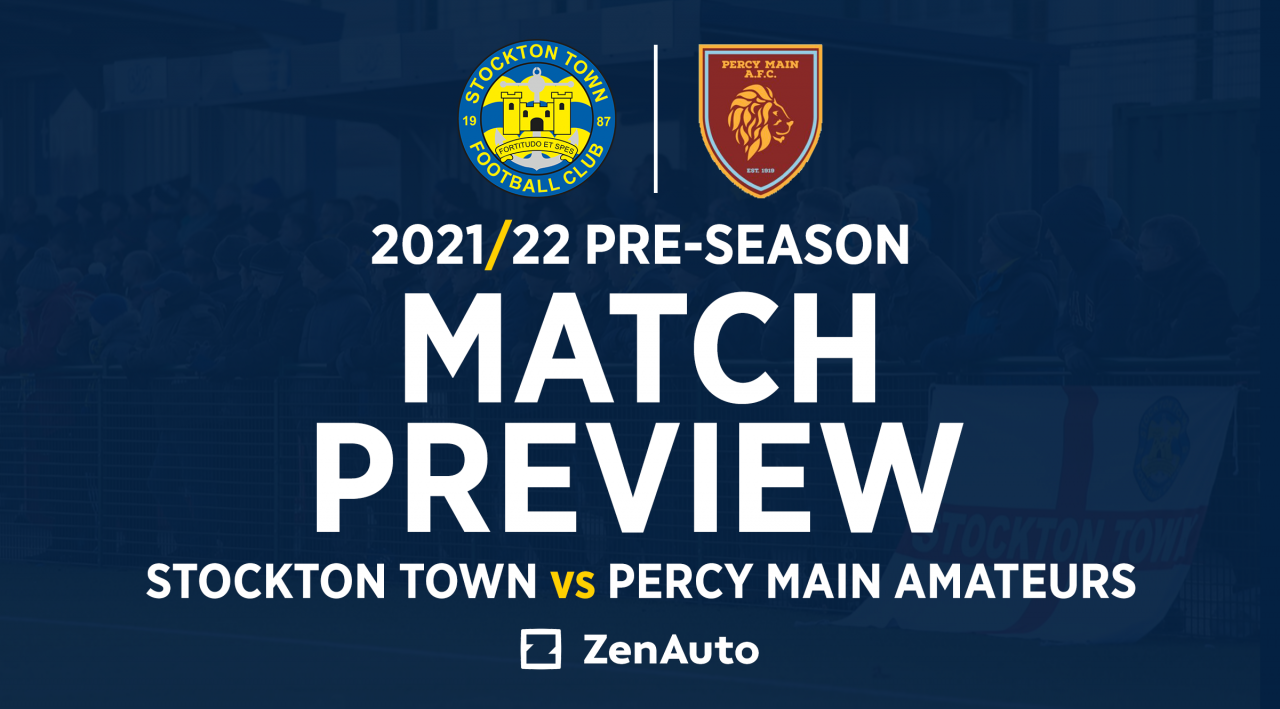 The opening day fixture against Stocksbridge Park Steels is just 10 days away and supporters can witness the Anchors make history by booking a seat on the supporters coach here.

Michael Dunwell’s side returned to winning ways in their last game with a 5-1 victory over Wearside League Division Two side Durham FC last Wednesday, with Jamie Owens scoring his third goal in four pre-season matches so far.

Stockton have played five pre-season matches so far this summer, with three victories and two defeats from those five matches.

After the game against Percy Main, the Anchors will round off their pre-season campaign with their first ever trip to Croft Park to play National League North side Blyth Spartans – you can also book your tickets and seat on the supporters coach.

This is the first ever meeting between Stockton Town and Percy Main Amateurs.

Percy Main Amateurs are members of the Northern Football Alliance League and compete at Step 7 of the National League System.

Nicknamed The Villagers, Percy Main were founded in 1919 by demobilised soldiers returning from World War I. They joined the Northern Amateur League and won the league title in their first ever season.

Percy Main finished 13th of 16 clubs in the Northern Football Alliance Premier Division in the curtailed 2020/21 season, with 8 points from 11 games.

The Villagers are into their ninth game of pre-season, with two wins, one draw and five defeats from their schedule so far.

In their last game, Percy Main drew 3-3 with Whitburn & Cleadon and before that they suffered a 7-1 defeat to fellow Northern Alliance side AFC New Fordley.

Following the Anchors’ 5-1 win over Durham FC last week, assistant manager J.D. Briggs was pleased with how the team performed in the game.

He said: “We’re looking forward to another opportunity to get lads out on the pitch and continue on from the impressive performance last week against Durham FC.

“The lads were excellent that night and we’ll be looking for a similar performance.

“We are looking to play players a little longer than just a half, but to rest where needed as we have the Blyth Spartans game on Saturday.”