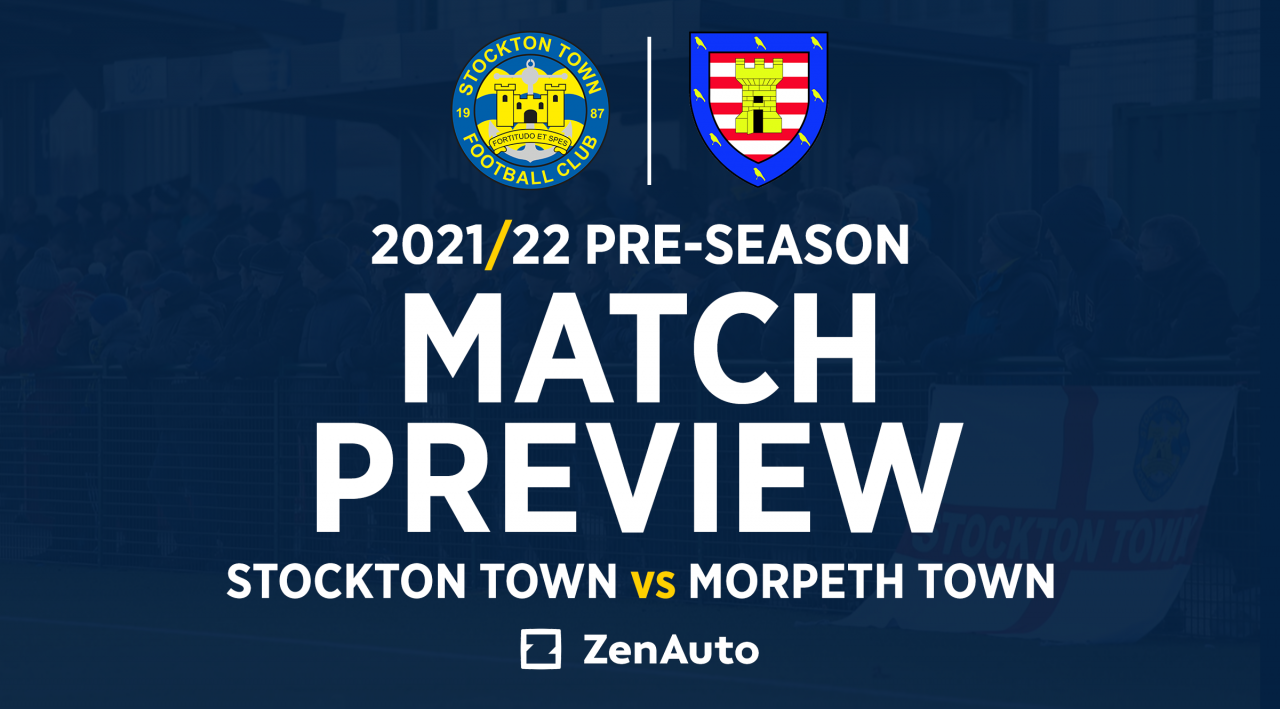 The Anchors suffered defeat against South Shields at the weekend and will be aiming to turn home a positive performance for the home supporters.

This will be the first time in 525 days that Michael Dunwell’s side will play a game at the MAP Group UK Stadium without any crowd restrictions.

The game against Morpeth will be Stockton’s fourth of the summer as they prepare for a historic first season at step four, after gaining promotion from Northern League Division One – finishing top of the table on points-per-game from the 2019/20 and 2020/21 seasons combines.

The Anchors have faced Morpeth four times in their history, three times in competitive fixtures. The Highwaymen won both league fixtures by the same scoreline, 3-1, during the 2017-18 season, while Stockton claimed a win in the League Cup that same campaign.

The last time the two sides faced was last summer in a friendly, which Morpeth won 2-0 at the MAP Group UK Stadium. Here’s a look at the results from our four meetings:

As Morpeth prepare for a promotion charge this coming season, just like Stockton, they will be playing their fourth pre-season game of the summer on Wednesday evening.

The Highwaymen began with a 2-0 win away to Shildon at the start of the month before losing 4-2 away to Consett three days later.

There were 11 days in between that game and their next, but Stephen Turnbull’s side certainly bounced back in fine fashion with a dominant 4-0 win away to Dunston.

Morpeth announced one of the major signings of the summer in former Hartlepool United captain Ryan Donaldson last week, who will be one.

The Highwaymen have quality from front to back; from goalkeeper Dan Lowson – formerly of Spennymoor Town – to Liam Noble and Donaldson in the midfield, and then an array of talent up front including former Spennymoor striker Liam Henderson, who bagged a brace against Dunston at the weekend.

Manager Michael Dunwell said: “We’ll hopefully have a few more players back. Tom Coulthard came off on Saturday with a niggling injury, same with Shane Henry, Tom Portas is missing as well.

“They’re three big players for us, but hopefully we’ll have Jordan (Robinson), Mikey (Roberts) and Dan McWilliams back for the game.

“It’s about fitness and putting a few things right that we got a little bit wrong (against South Shields), especially in both boxes with set-pieces.

“Our aim is and has always been to be ready for the August 14 start.”