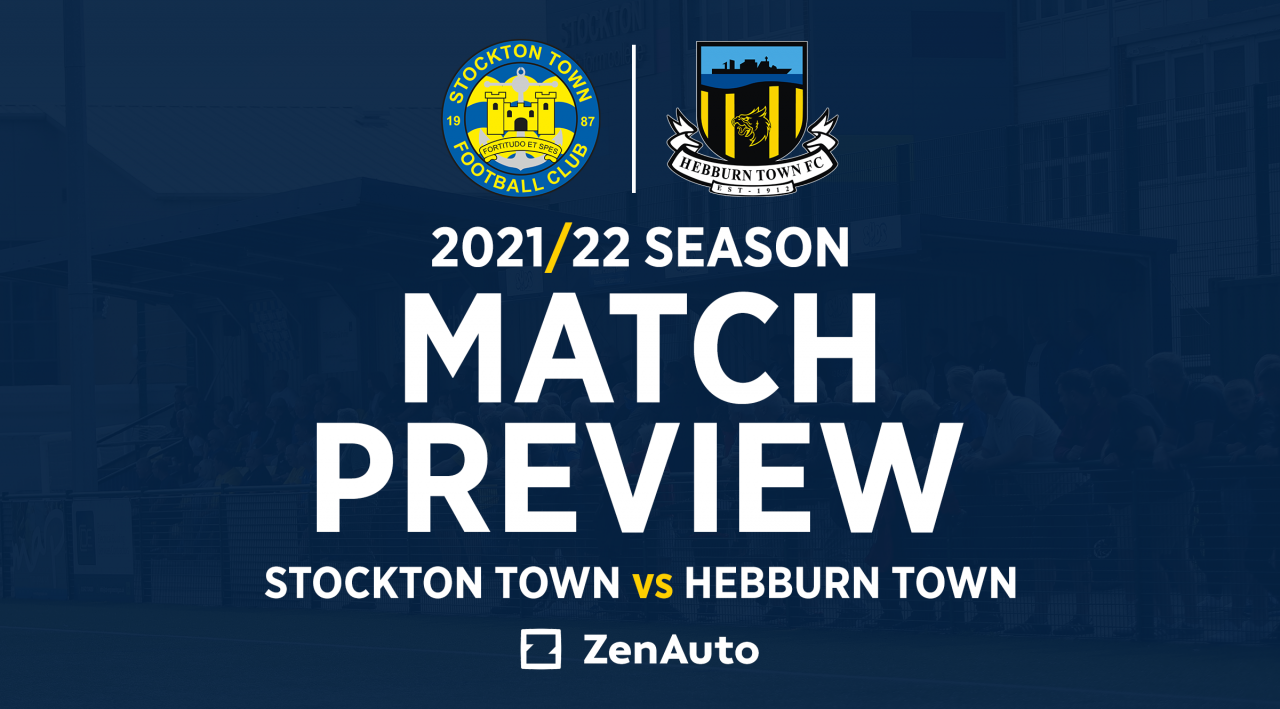 The Anchors secured a point and a clean-sheet on their NPL debut at Stocksbridge Park Steels on Saturday, with forward Jonathan Franks going closest for the visitors, striking the crossbar inside the first ten minutes.

Michael Dunwell’s side were backed throughout the visit to the North West of Sheffield by a vocal travelling support, and will look to build on that support for the game against the Hornets.

The Anchors have fared well in their last five opening home league games, winning three, drawing once and scoring twelve goals across the five games.

Hebburn Town, much like the Anchors, are in their first ever season at Step Four, following their promotion from the Northern League this summer.

The 2019-20 FA Vase winners finished second, nine points behind Stockton, in the combined points-per-game table, from the 2019/20 and 2020/21 seasons, used to determine the three promotion spots from the Northern League.

Angelos Eleftheradis, who combined his position as Strength & Conditioning coach with a role in the playing squad, has also left the club to take up a full-time position at Newcastle United.

Former Darlington and Shildon defender Dan Groves has been handed the captaincy ahead of the new campaign.

Hebburn have added to their squad over the summer. As part of the deal to take Storey to the Gateshead International Stadium, the Hornets have taken Kieran Aplin and Nelson Ogbewe on loan from the National League North club.

Hebburn played seven games in pre-season, winning three – including a 2-1 win over Blyth Spartans – drawing once and losing three times.

Hebburn Town fell to a 1-0 defeat at home to Frickley Athletic on the opening day, with former Rotherham United midfielder Lee Frecklington netting the only goal from the penalty spot.

Speaking after the game to the Hornets’ YouTube channel, assistant manager Mick Mulhern felt there wasn’t much in the game against the side from Yorkshire.

He said: “I don’t think we deserved to lose. Although we probably didn’t do enough to win. There wasn’t much in it. It’s disappointing but at least we learned something, it’s a harsh lesson to learn.”

Hebburn make the journey south to Stockton for the first time since November 2019, when the Anchors beat the Hornets 3-1, and Mulhern believes it will be another good game.

He added: “We are a much better team now than when we last played them [Stockton Town]. They’re good on their pitch and we will have to be better on the ball than we were against Frickley.

Stockton Town picked up their first point as a Northern Premier League club in the game at Stocksbridge Park Steels. Following the game, manager Michael Dunwell previewed the upcoming game against Hebburn Town:

The manager said: “It is a big game, we haven’t played Hebburn for quite a long time now. They suffered defeat on the opening day, so they’ll be wanting to put that right.

He continued: “It’s always a tight game between ourselves and Hebburn. They’ve got a good squad, they’ve lost a couple of players over the summer, but they’ve added well.

“Kevin [Bolam] will have them right up for it. It will be a good game, we are looking forward to it.”

The very first issue of ‘The Anchor’ will be on sale at The MAP Group UK Stadium on Wednesday evening. The bumper 52-page issue includes exclusive interviews, club news, opposition preview and much more.

Purchase yours tomorrow evening for just £2. 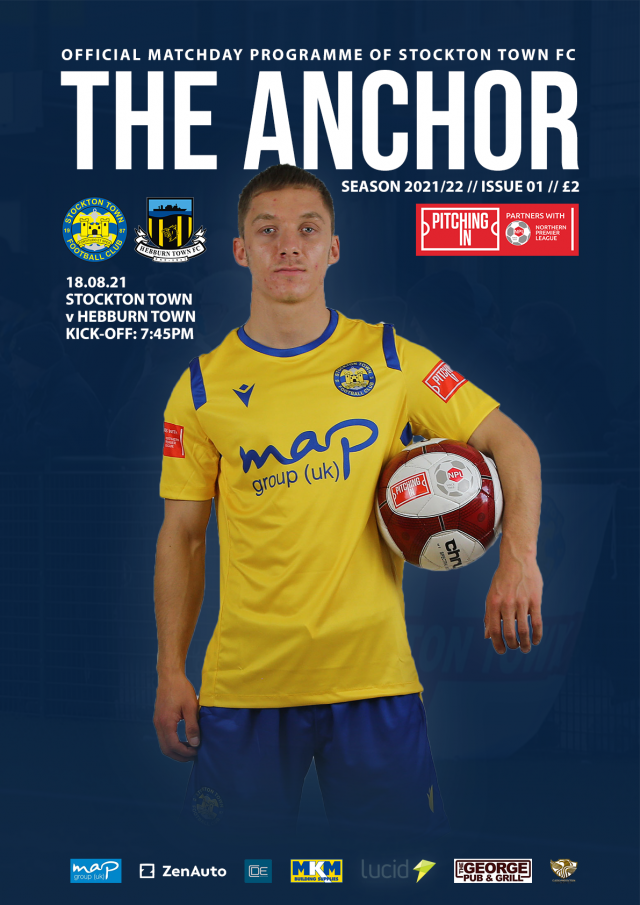