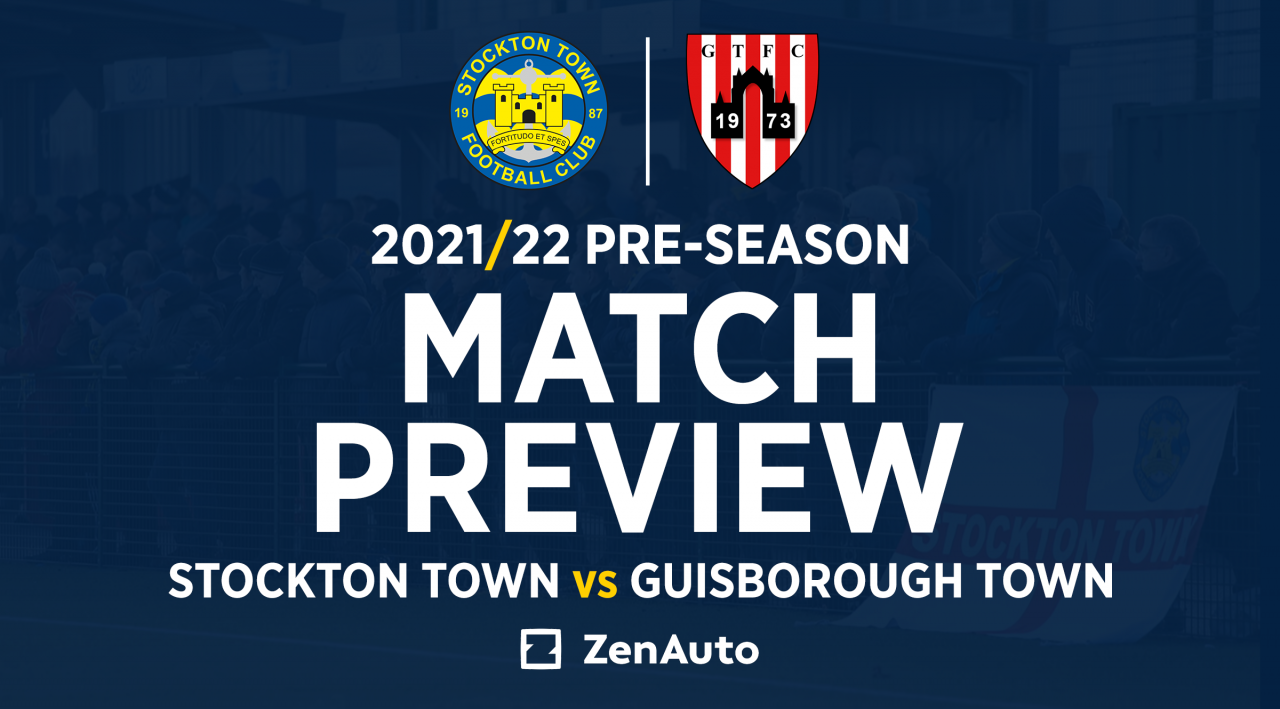 Entry: Free of charge for all

Stockton Town welcome Guisborough Town to The MAP Group UK Stadium for their first pre-season friendly ahead of the 2021/22 season.

The Anchors will play in the Northern Premier League Division One East for the very first time in the upcoming campaign, after being promoted as part of the Football Association’s restructuring of Non-League football.

Michael Dunwell’s side were statistically the best outfit across the 2019/20 and 2020/21 seasons, finishing top of the combined table with 104 points from 42 games, winning 32, drawing 8 and remaining unbeaten at home across the two terms.

Stockton have been boosted in the off-season with the majority of the squad signing new contracts with the club, with only midfielder Max Craggs departing due to work commitments.

Stockton have no new injury worries, with each member of the squad reporting fit and ready for pre-season ahead of what will be a historic season for the club.

Guisborough Town currently play in the Northern League Division One, with the club finishing eighth in the combined 2019/20 and 2020/21 table on 58 points.

The Priorymen have seen changes on and off the field over the last 12 months, with new management duo Steve Bell and Paul Crager set to take charge of their first full campaign at KGV Park, following their appointments in November 2020.

The side from North Yorkshire have added as many as five new signings to the squad over the off-season, including former Anchors midfielder Joe Scaife-Wheatley.

Stockton Town were due to begin their pre-season schedule at home to Whitley Bay on Saturday 3 July, but Covid-19 isolations and England progressing to the Semi-Finals of the European Championships meant the first two matches of pre-season were cancelled.

The Anchors finally get underway against Guisborough Town and manager Michael Dunwell expressed his relief at getting back to football after a seven month break.

“I’m relieved,” he said. “Especially after not playing a competitive game since December.

“It feels like we haven’t got pre-season going yet, I’m looking forward to getting underway on Saturday and hopefully there is no more disruptions.”

When Stockton kick-off against Guisborough, it will have been 203 days since the Anchors last played a competitive match and Dunwell says he is looking to get match fitness back into his squad throughout pre-season.

“The match is just about getting the players back to 11-a-side football”, the manager said.

“It’s about getting a feel of the ball in a match tempo. Pre-season is about getting fitness into players and being ready for that first game of the season.

“As long as we get back to doing the basics and working on our fitness, that’s all it will be about on Saturday.

“We haven’t played for such a long time so the players will be a little rusty, but they’ve looked sharp in training and they’re all looking forward to it.”

While Dunwell states that pre-season is about fitness, the manager is also looking for the squad to return good performances to re-instil the winning mentality in the squad.

He added: “Everybody has their own take on pre-season. Players probably look at their fitness more, while managers are looking at the shape and getting their starting 11 for the first game of the season.

“It’s not really about winning games, but we want to put in good performances so when the season starts you’re in good fettle.”