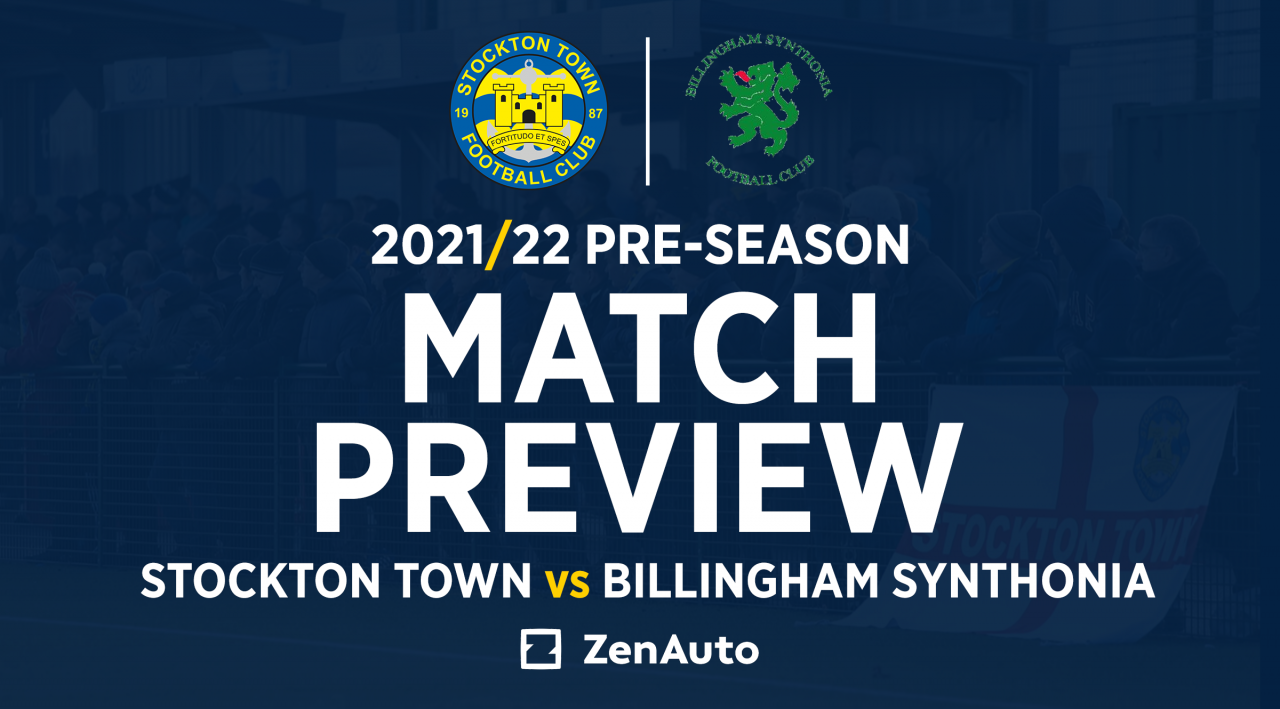 Stockton Town continue their preparations for the 2021/22 season with a home game against Billingham Synthonia on Wednesday evening – kick-off is at 7:45pm.

The Anchors were able to welcome supporters back to the MAP Group UK Stadium for the first time since December 2020 and 336 people were in attendance to watch a dominant 3-0 victory against Guisborough Town on Saturday.

Jamie Owens, Gary Mitchell, who scored his first senior goal for the club, and Nathan Mulligan all found the target as Michael Dunwell’s side began their pre-season in convincing fashion – notching up 22 shots, scoring three goals and also keeping a clean-sheet.

Stockton will be boosted by the return of Tom Portas and Nathan Steel to the matchday squad on Wednesday, with the pair not involved in the action last Saturday.

Billingham Synthonia began their pre-season campaign with a 0-0 draw away at Wearside League outfit FC Hartlepool on Saturday.

Gary Forster’s squad has been boosted by the arrival of Max Craggs from the Anchors, with the midfielder departing Stockton this summer due to work commitments.

Another ex-Anchors midfielder, Joe Scaife-Wheatley, has made the switch from Synthonia to Guisborough Town over the summer.

Stockton finally commenced their pre-season schedule on Saturday after their first two friendlies were cancelled, and did so in style with a stylish performance at home to Guisborough. After the game, manager Michael Dunwell stated how pleased he was with the performance.

“I’m really pleased [with the performance] considering we hadn’t played for eight months,” he said.

“We looked a bit rusty at times with a few loose touches but I thought we came out of the blocks really well and probably could have scored more goals in the first half.

“Pre-season is all about the fitness and getting into our rhythm and I thought we did that pretty well for our first game.

“It’s all building up to that first game on August 14th, it’s a while away yet and we have another five or six games to go, by the time the season comes we will be ready.”

Young striker Gary Mitchell scored his first senior goal for Stockton Town midway through the second half, Dunwell expressed his delight at how Mitchell and the other young lads promoted from the U18’s performed on Saturday.

“He [Gary Mitchell] is over the moon,” the manager said. I’m really pleased with all the young lads that played; Keelan [Wright], Louie [Hall], Gaz [Mitchell], they did really well.”

Next up for the Anchors is a home friendly against Billingham Synthonia, and Dunwell reveals a few more first team players will be available for selection on Wednesday evening.

“We have the likes of Tom Portas to come back,” he said. “Nathan Steel should be back, so it will be good to have them back.

“In these early games, everyone will be getting at least 45 minutes, we carry a big squad in pre-season in case of disruptions.

“We haven’t played for such a long time, there will be niggles from the game so we will decide the team on Wednesday.”