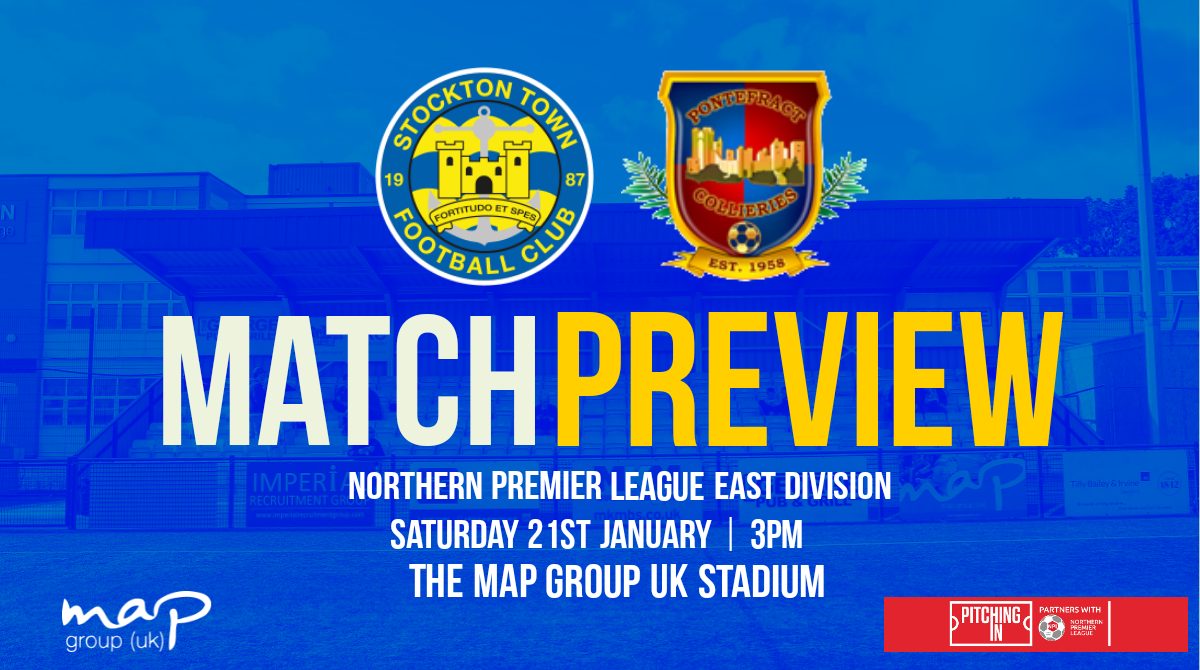 Stockton Town return to home action when they face Pontefract Collieries for the third time this season.

Amar Purewal’s close range strike and Joe Walton’s wonderful piece of innovation were enough to give the home side the victory.

Stockton ended the game with ten-men after Captain Adam Nicholson was sent off for two yellow cards.

It was the Anchors first defeat of 2023 after they had beaten Shildon 3-0 and drew 1-1 with Ossett United in their opening two fixtures.

This is the fifth meeting between the two clubs. Pontefract have the upper hand with three victories to Stockton’s one.

The Colls have already beaten Stockton Town twice this season. In the FA Cup back in August when Adam Priestley netted a late winner. Then in the league when they came from behind to win 2-1 thanks to goals from Joe Lumsden and Spencer Clarke.

They currently sit in the eighth after 21 games but have been in a poor run of form of late with their last victory coming on November 19th when they beat Tadcaster Albion 6-2. Since that game they have lost four and drew one.

Priestley remains the man to watch with 15 goals to his name this season. Gavin Allott has also proved to be a shrewd signing and has nine goals this term.

Speaking after the Hebburn game, Manager Michael Duwnell looked ahead to Pontefract:

“We have got to try to stay positive, we are going through a difficult period where we are not really playing well collectively and things that were going for us before this season are not now and we are getting punished for mistakes that we are making which are our doing and that needs to stop.

“The sooner that stops we can looking forward again but it needs to stop sooner rather than later and hopefully that’s against Pontefract on Saturday.”