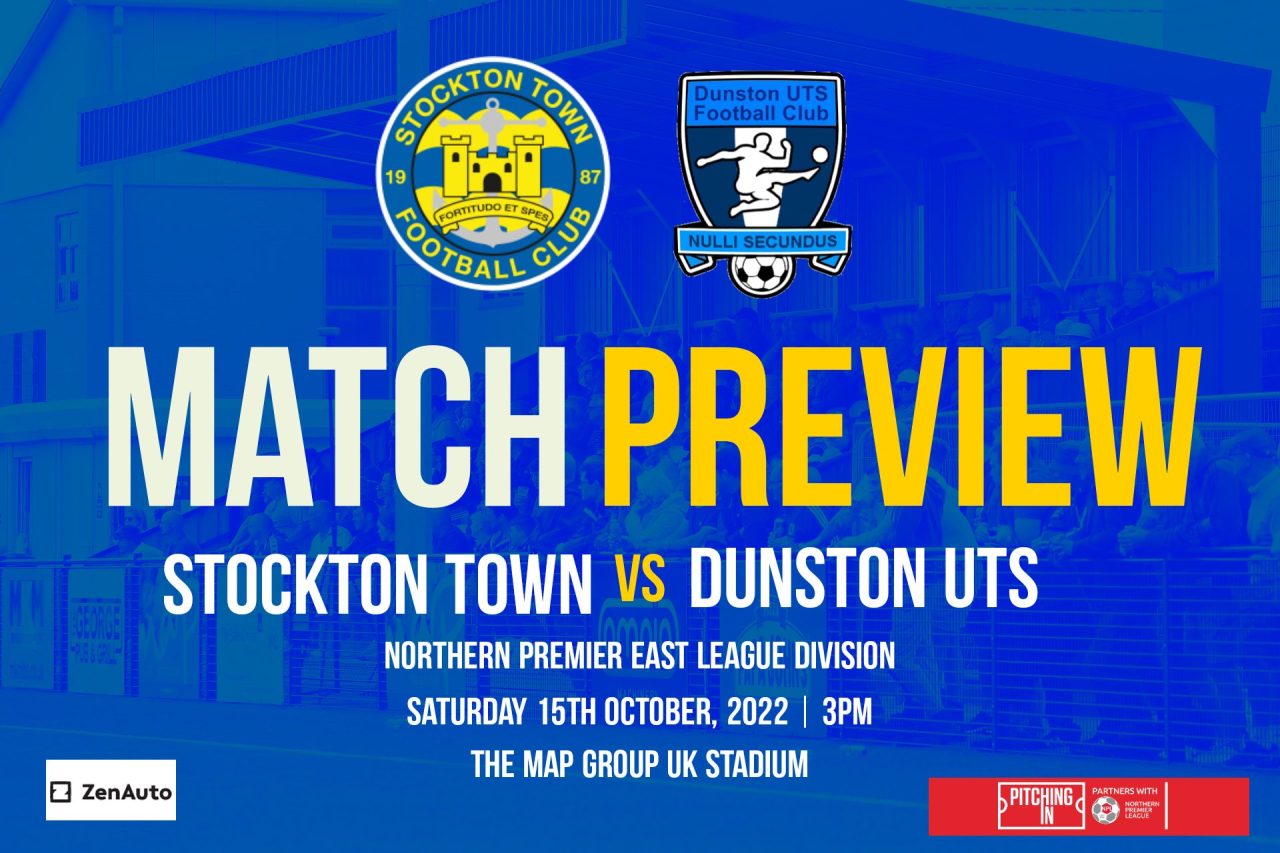 Stockton Town return to league action aiming to stretch their unbeaten run to ten games to start the season.

Last Saturday the Anchors winning run came to an end with a 1-1 draw at Grantham Town but the result meant they remain unbeaten through the first nine games of the season.

In midweek there was a break from league action when they hosted Easington Colliery in the Durham Challenge Cup.

The Northern League Division Two club were comfortably dispatched 4-0 to set up a tie at Sunderland RCA in the Second Round.

The game saw four different goalscorers with Kevin Hayes, Tom Coulthard, Cameron Painter and Liam Cooke all on the scoresheet.

In the game against Dunston the Anchors will attempt to make it a sixth home league win in a row- three of which have came against North East sides in Hebburn Town, Shildon and North Shields.

Stockton Town and Dunston have met seven times before, with the last meeting ending 2-1 to Dunston UTS back in Februrary.

Dunston enter the game in rich vein of form having won their last four games in all competitions.

In midweek they also made short work of the Northern League Division Two opposition with an 8-1 win at Hall Lane against Willington in the Durham Challenge Cup.

Sado Djalo netted a hat-trick and Terry Galbraith scored a brace of penalties. Liam Thear, Jake Turnbull and Will Jenkins got the other goals.

In the league, the Fed are outside the play-off places on goal difference but have a game in hand on 5th-place Brighouse Town.

It has been eleven days since their last league game which was a 2-0 win over Sheffield FC. New arrival Carl Finnigan made an instant impact with a decisive brace.

Finnigan is just one of the strikers Stockton need to look out for. Michael Fowler, who scored against the Anchors last season, has made another strong start to the season with nine goals- making him Dunston’s top goalscorer.

“Our next two league fixtures are local derbies so we know they will be tough but we are going into those games in great form.”

Looking ahead to the game, Assistant Manager JD Briggs said:

“Games against Dunston are usually quite close. We have beat them recently and they have beat us recently.

“We fancy ourselves, especially at home, to play well in the game and hopefully take the three points.”

Supporters can get their hands on our Issue 6 of our award-winning matchday programme at the gate for just £2.