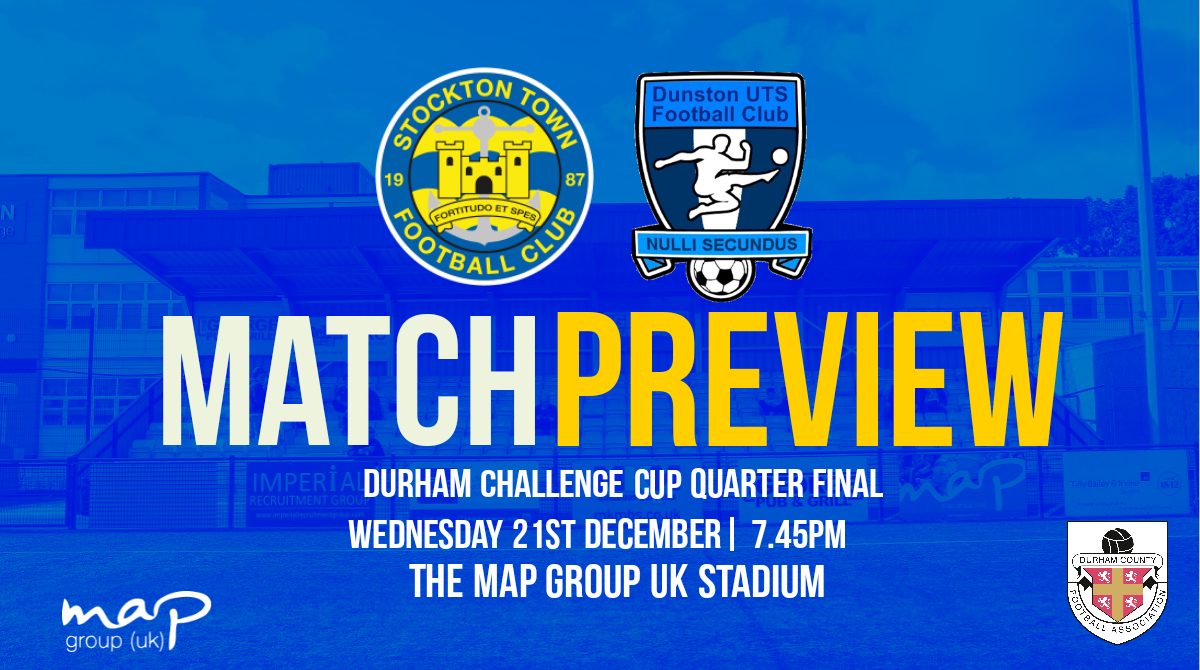 Stockton Town are looking for revenge in the cup against Dunston, after the Anchors were beaten 2-1 by Dunston in the league earlier this season.

Stockton have knocked out Easington Collieries and Sunderland RCA in order to reach this stage, and will be hoping to succeed in their biggest challenge yet against their league rivals.

At the weekend, the Anchors fell 11 points behind Worksop Town after a 1-0 defeat against the league leaders, thanks to a late goal from Liam Hughes, despite the striker having an earlier penalty saved by Patrick Boyes.

The winner of this tie will be at home to National League North side Spennymoor Town or Northern League Division One side Bishop Auckland, depending on how their game goes in early January.

Stockton and Dunston have faced off eight times previously, having spent two seasons in the Northern League promotion before Dunston were promoted, with Stockton following two years later.

Here are the results from the previous five matchups:

Dunston are currently in their 4th season in step 4 after winning the Northern League in 2019. Last season they just missed out on the playoffs, late in the season, and this year they are looking to do one better with the Gateshead based side currently sitting 5th in the table.

To progress to this stage of the competition, Dunston thrashed Northern League Division Two sides Willington, 8-1, and Chester-Le-Street Town, 5-1.

The main man for Dunston is striker Michael Fowler who, despite being only 21, has plenty of years of high level experience on his CV. Fowler was a big part of both Sunderland and Burnley’s academy as a youngster and had multiple loans in the National League North and Northern Premier League before moving to Dunston permanently in January 2022.

The striker already has 11 goals to his name this season in all competitions, and will be the man that the Stockton defence needs to keep a close eye on tonight.

Anchors manager Michael Dunwell spoke after the Workshop game ahead of tonight’s game and said:

“We’re halfway through the season now and we’re happy with how we’ve done so far.

“We hopefully have one or two additions coming in during the week.”