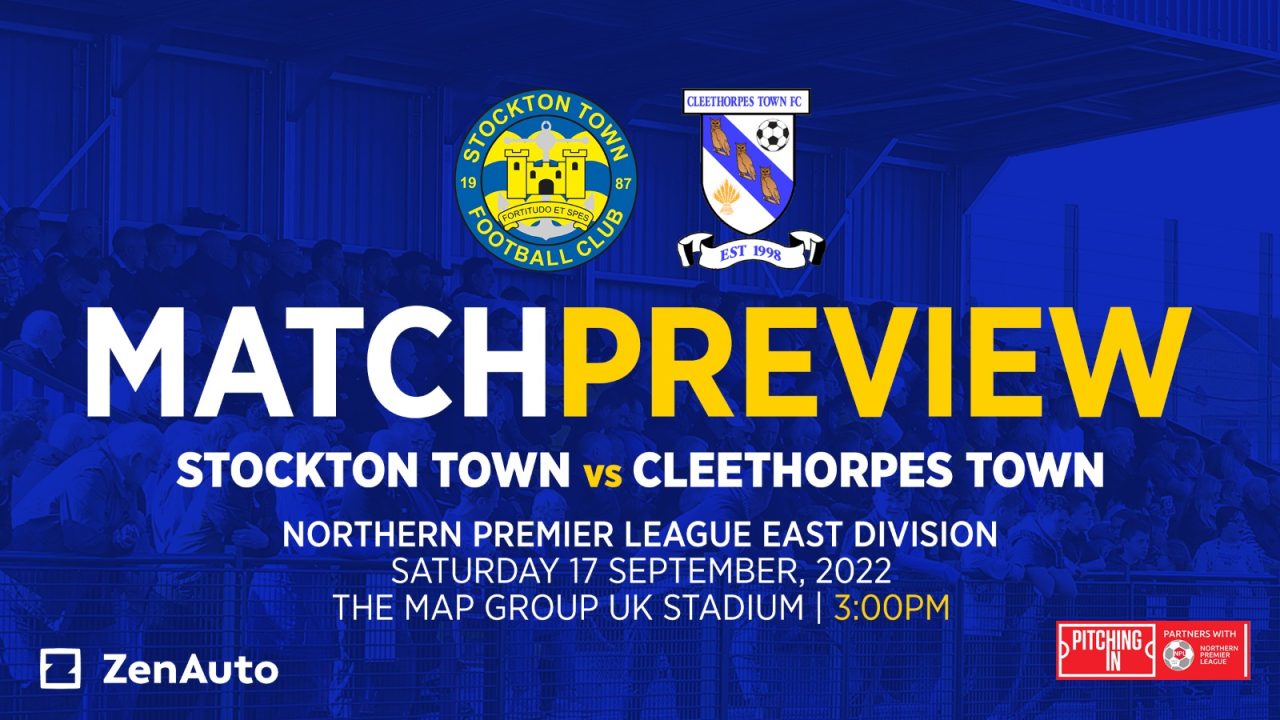 Stockton Town return to the Map Group UK Stadium this afternoon aiming to maintain their 100% start to the league campaign.

The Anchors produced one of their most memorable games on Tuesday night as they made an epic comeback to defeat Witton Albion for their first FA Trophy win.

After a delayed coach journey, they endured an early mountain to climb when they conceded twice in the opening three minutes.

But they were given hope when Prince Hayworth’s red card saw Witton Albion reduced to ten-men.

The second half saw the introduction of two inspired substitutions in Cameron Painter and Liam Cooke.

Painter made an instant impact by pulling a goal back moments after coming on. Then Cooke provided an assist for Tyrone O’Neill to level proceedings.

Hope appeared to washed away when Witton regained the lead from Duckworth’s penalty.

Stockton were not done though and Painter completed his brace to level the game again.

The Anchors then stole the game in stoppage time when Stephen Thompson battle through defenders to head in Cooke’s corner from the left.

Stockton Town return home where last time out in the league they dispatched another local rival in North Shields. Goals from Nathan Mulligan, Elliott Beddow, Mikey Roberts and Kevin Hayes gave the Anchors a 4-2 win.

That result meant the Anchors have extended their unbeaten run at home in the league to nineteen games- a record that now stretches back over a year.

Cleethorpes Town have endured a tough week after exiting both the FA Cup and FA Trophy.

Last Saturday they lost 4-0 at home to Stratford Town in the FA Cup First Qualifying Round with former Aberdeen striker Adam Rooney netting a hattrick for the visitors.

In midweek their FA Trophy campaign ended when they lost 4-2 on penalties to Prescot Cables following a 1-1 draw.

In the league it has been much brighter for the Owls and they too have a 100% record to maintain.

In their last league outing they dispatched Lincoln United with relative ease by winning 5-0.

Before that they earned two hard fought away victories 2-1 at Ossett United and 4-2 at Tadcaster Albion.

“The big games keep coming. Cleethorpes are the only other team in the league who have won all their games too and they will be wanting to come here to keep that 100% record as we will be.

“We want to keep that momentum going.”

Supporters can get their hands on our Issue 4 of our award-winning matchday programme at the gate for just £2.