*A remembrance ceremony will take place ahead of kick off. Fans are encouraged to turn up to the game wearing a poppy to show support as Stockton Remembers those who have served for us.*

The Anchors have found their winning form again over the last few weeks, beating Bridlington Town 4-0 and Brighouse Town 2-0 over the last two weeks.

A penalty from Nathan Mulligan and late sealer from Matty Tymon was enough to give the Anchors three points in Brighouse last week after a challenging game in tricky conditions.

These wins were much needed for the Anchors after a little blip in form which saw them fail to win the three league games prior.

Carlton find themselves in the Northern Premier League East division after being relocated from the Midlands division this summer. The Millers are certainly not new this tier, with this season being their 16th consecutive season in step four of Non League.

Despite sitting 16th in the table, Carlton have picked up some impressive results so far this season. Some of these include beating Shildon 4-0, earlier in the season, and most recently picking up a point against high-flying Cleethorpes Town.

Carlton have a dangerous attacking presence, with forwards Bradley Wells (6) and Aaron Opoku (5) having 11 goals between them so far this season.

The Millers will be without Striker Nat Watson for today’s game following his sending off against Cleethorpes Town last weekend.

“There’s no ‘top six’, if we won a couple we’d be in there… looking at all the games we’ve played against the so called top teams, there’s been nothing in it.”

Speaking after the Anchors’ 2-0 win at Brighouse last weekend, assistant manager JD Briggs spoke ahead of today’s game and said:

“We’re excited, it’s another home game and we love playing at home. Hopefully we can get a big crowd in…

“They’ll be another tough test, there’s no easy game in this league, cliché to say but it’s true. We’ll go into that full of confidence and hopefully pick up another win and another clean sheet.” 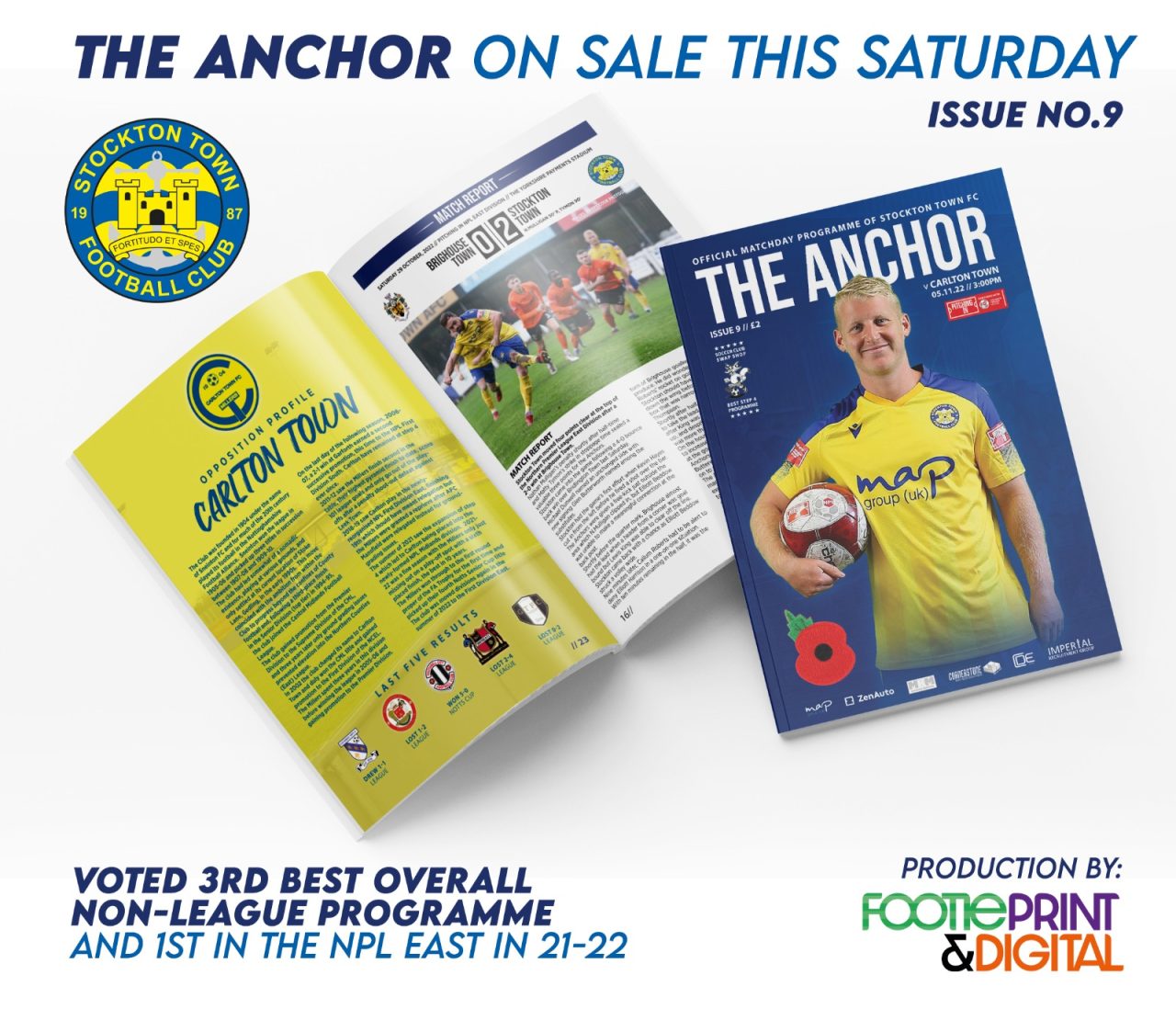