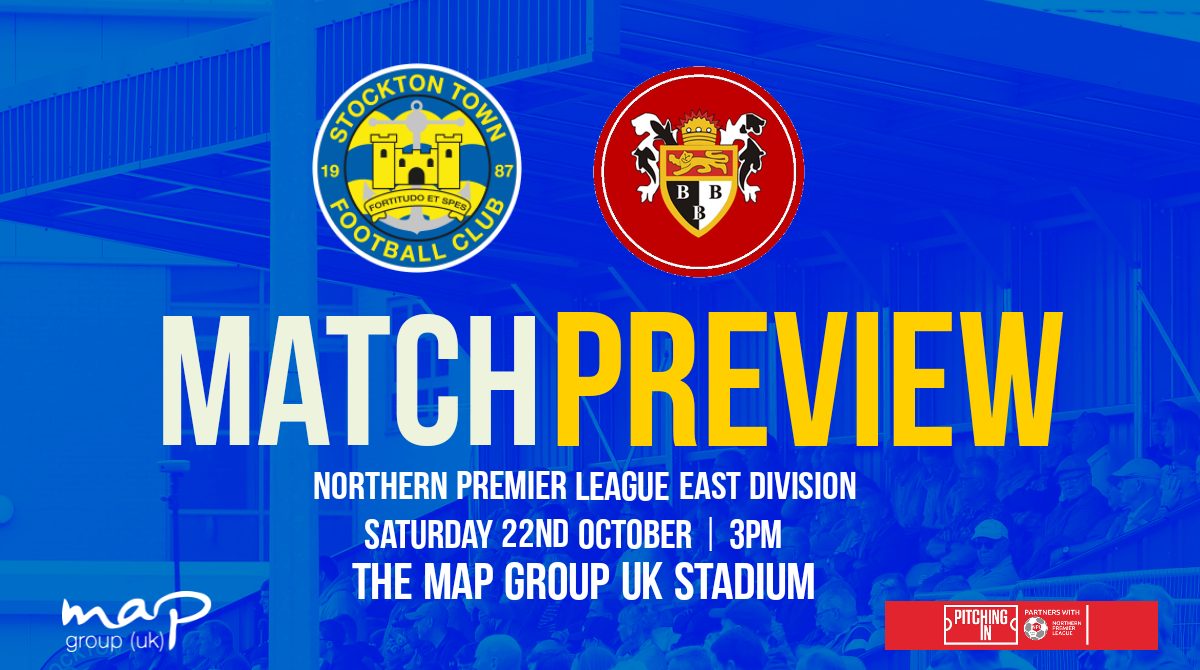 TICKETS: Match tickets are available to be purchased ahead of the game, as well as on the door, via this link https://stocktontownfc.ktckts.com/event/btafc221022/stockton-town-fc-v-bridlington-town-afc

Stockton Town look to bounce back to winning ways after a poor string of results, as they face a new look Bridlington Town team.

The Anchors suffered their second defeat of the season on Tuesday night at Pontefract after a late turnaround from the hosts meant Michael Dunwell’s side lost 2-1 in Yorkshire.

It was another game with a late goal after Stockton Town lost out to Dunston UTS with Jon Shaw bagging the stoppage time winner for this visitors last Saturday.

Bridlington have a thing for late goals themselves, with two match winning stoppage time goals already this season.

Stockton and Bridlington met twice in the league last year. The only other meeting was an extra-time victory in the FA Vase back in 2019. The Anchors have won all three of these previous meetings. Here are the results from the recent fixtures:

Bridlington are flying high so far this season after a disappointing 2021/22 season, in which they stayed up by only four points. After two consecutive wins against Brighouse and Consett, ‘Brid’ will be looking to continue their form by taking down the table-topping Anchors.

After a very busy summer for the east coast club, which included a new manager and fifteen new signings, Bridlington are a whole new team from the side who narrowly avoided relegation last season.

The key man for Bridlington is winger Ali Aydemir who joined the Seasiders from Grantham Town back in July and has started his Bridlington career brilliantly. Ali is a quick winger with an eye for goal and already has six goals to his name this season.

‘Brid’ captain Matty Plummer is a doubt for the game after he was forced off at Consett last weekend with an injury and star striker Lewis Dennison is also a doubt after he’s missed the last three games through injury.

Speaking after the Anchors’ 2-1 defeat at Pontefract on Tuesday, manager Michael Dunwell spoke ahead of the game and said:

“It’s another tough game, Bridlington have been a bit of a surprise this year after last season. There’s no easy games in this league and with us being at the top people want to take us as a scalp.

“We’ve got to raise our game and try and maintain the standards that we set only a week or so ago. We’ve had a little bit of a blip and we need to get out this and get out of it quickly and we’re confident that we will do that but we’ve got to cut out the mistakes and improve in the final third. Once we do that that’s when things will start going right again.”