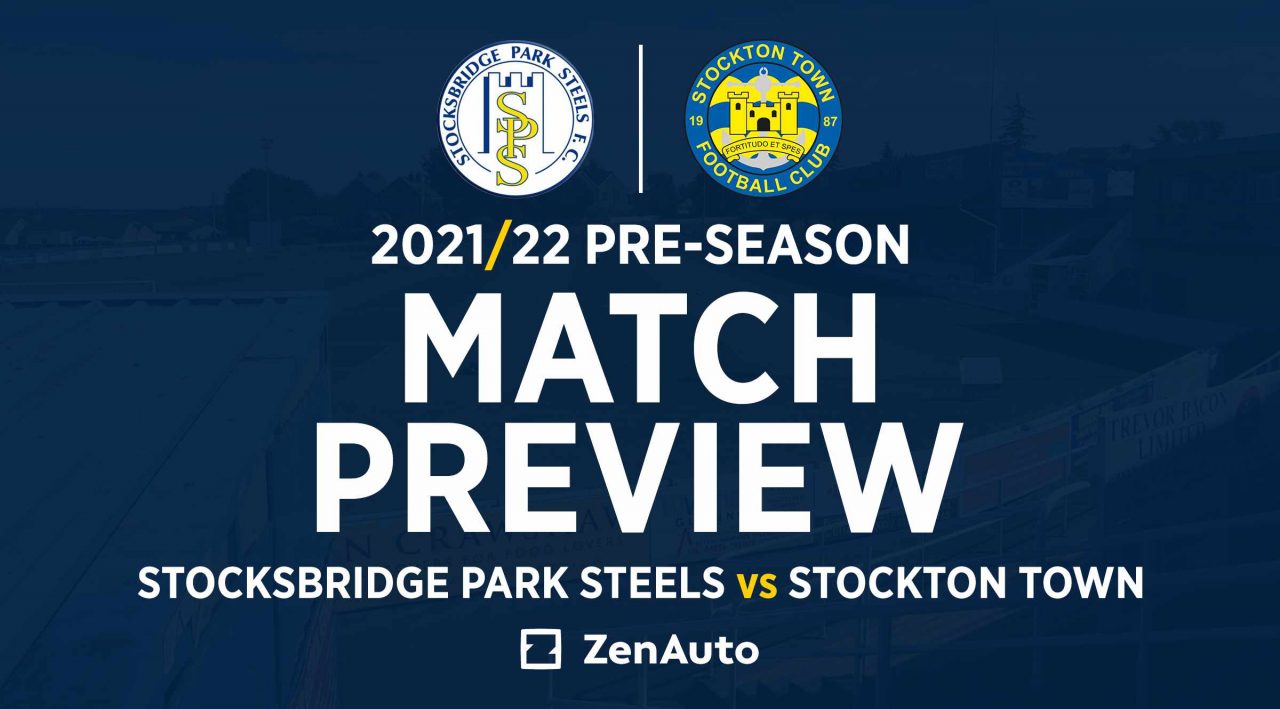 Stockton Town travel to Sheffield for their first game in the Pitching In Northern Premier League East Division as they take on Stocksbridge Park Steels.

The Anchors had a mixed pre-season with four wins and three defeats. They secured comfortable victories over Guisborough Town, Billingham Synthonia, Durham FC and Percy Main AFC – scoring a combined 20 goals in those games.

Michael Dunwell’s side also tested themselves against opposition higher up in the pyramid in South Shields, Morpeth Town and Blyth Spartans. All of which ended in defeat, but much would have been learned ahead of what is anticipated to be a historic campaign.

Stockton Town have usually fared well on the opening day of a league campaign. Their last defeat was a 3-1 loss to Morpeth Town in their first game in the Northern League Division One.

They have enjoyed some resounding results among their last seven openers including a 6-0 thumping of Willington on their Northern League debut and another 6-0 win at Teesside rivals Billingham Town in 2019.

This is the first ever meeting between Stocksbridge Park Steels and Stockton Town.

Stocksbridge Park Steels have become infamous as the club where the mercurial Leicester City striker Jamie Vardy started his career.

The former England international was at the club between 2007 and 2010 and left such an impression – he has a stand at the club’s ground named after him.

The club started out as a merger between Stocksbridge Works and Oxley Park Steels in 1986. The Steels have competed in the Northern Premier League since promotion from the North Counties East League in 1996.

They did rise to the Premier Division in 2009 and remained there until 2014. In the previous two curtailed seasons, Stocksbridge were 14th after nine games last season and the season before they were sixth after 30 games, while in their last full season, Stocksbridge finished 13th with 43 points.

Chris Hilton’s men have endured a torrid pre-season campaign in terms of results. They lost seven of their eight games with the one draw – a 1-1 affair with Retford United in their opening pre-season outing.

Players to watch from Stocksbridge Park Steels include new arrival Nathaniel Crofts. The winger had impressed in the USA with Virginia Cavaliers, which led to him being drafted by Toronto FC in the MLS Super Draft.

Striker Joe Lumsden is another to keep an eye on. The 28-year-old has been among the most potent finishers in the Northern Premier League and enjoyed a 20-goal season at Tadcaster Albion in 2018-19 and also scored 11 goals for Pontefract Colliers in the curtailed 2019-20 season.

Speaking at the club’s media night, Michael Dunwell looked ahead to the game: “Stocksbridge are a solid team, we know a little bit about them. We had them watched in a recent game, but you can’t take much from that because they were playing higher opposition and might play different against us.

“It’s going to be about what we do on the day. If we play how we know we can play, then I expect us to get a positive result on the day.”

He continued: “At any level, the first game of the season is always exciting. New strips, the weather is always nice and it’s a new league this season.

“We’ve got a lot of positives going into that. We should be excited and the lads are.”

Captain Adam Nicholson had his say ahead of another new venture with the club having led them from Wearside League.

“I am looking forward it,” Nicholson told Anchors TV.

“Obviously, it’s a massive game for the club and I know how much it means to the fans and a lot of people at the club to play at the level we are going to be at.

“It’s going to be a proud day but we have to go and do ourselves justice and get three points to start well.

“Nothing else matters but three points on Saturday. I am not too bothered about the performance as long as we get that win and kick on from there.”