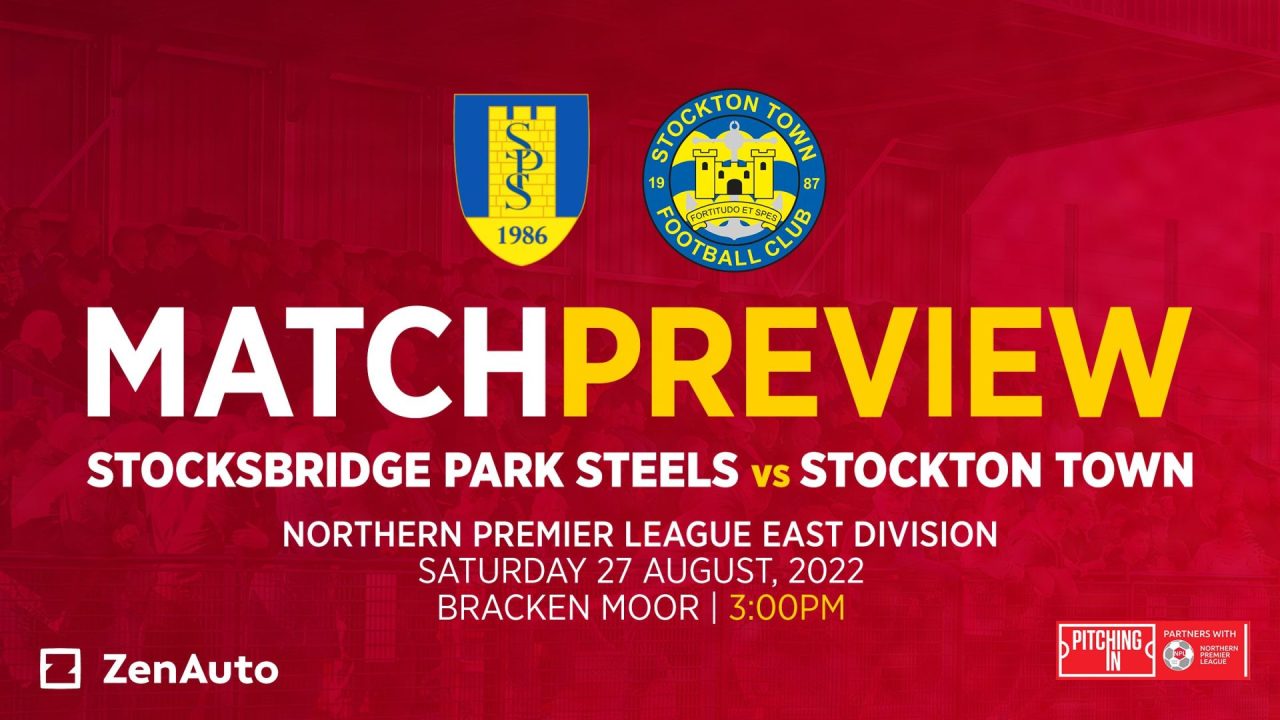 Stockton Town make the trip to South Yorkshire looking to maintain their 100% league start as they kick-start their August Bank Holiday double-header against Stocksbridge Park Steels.

In midweek the Anchors recovered from their FA Cup exit to Pontefract Collieries with a 2-1 win over North East rivals Hebburn Town.

Stephen Thompson netted his first for the club with a stunning volley for the opener before Liam Henderson levelled for the visitors.

Kevin Hayes then struck what proved to be the winning goal before halftime to put Stockton top of the Northern Premier League East Division.

In their other league fixures Stockton have narrowly beaten Worksop Town 2-1 at home and earned a comfortable 3-0 win at Ossett United in their other fixture.

The pair faced off for the first time in their league fixtures. Last season this was a fixture that was played on the opening day of the campaign. That day it ended in a goalless draw.

Stocksbridge Park Steels remain unbeaten in all competitions to start the season.

In midweek they booked their place in the FA Cup First Qualifying Round with 2-1 win over Prestwich Heys.

In the league they have played just two games- at Dunston they claimed an impressive 3-2 win and last week they earned a late draw at home to Brighouse Town.

In his first summer at the club he has added 13 new players to the squad. Most recently full-back Zack Reynolds who spent last season with AFC Rushden and Diamonds.

Utility player Clarke Greaves has also returned to the club after an injury prevented him from moving to a college programme in USA.

Speaking to Stocksbridge Park Steels YouTube Channel, Assistant Manager Andy Ring said: “It’s another tough one but at home we fancy our chances.

“We have a way of playing that the lads are getting used to and they are executing the game plan that Ian (Richards) sets out.

“They are getting better and better each week as they play more competitive games together.”

Ring added: “We’ll have a look at Stockton and we have a good idea as to how they play already and we will have a think about how best to get a result.”

Speaking to Anchors TV, Manager Michael Dunwell said: “Again, it will be another tough game it is always a tough place to go to.

“We are expecting a battle which we will expect a lot of this year. A lot of teams are very direct and physical and we seem to be dealing with that quite well.”

Dunwell added: “We will go there and we have not got a lot to choose from for the two games with a couple of people away as well but we go there with high spirits and if we can get maximum points from two games that would be superb start.”