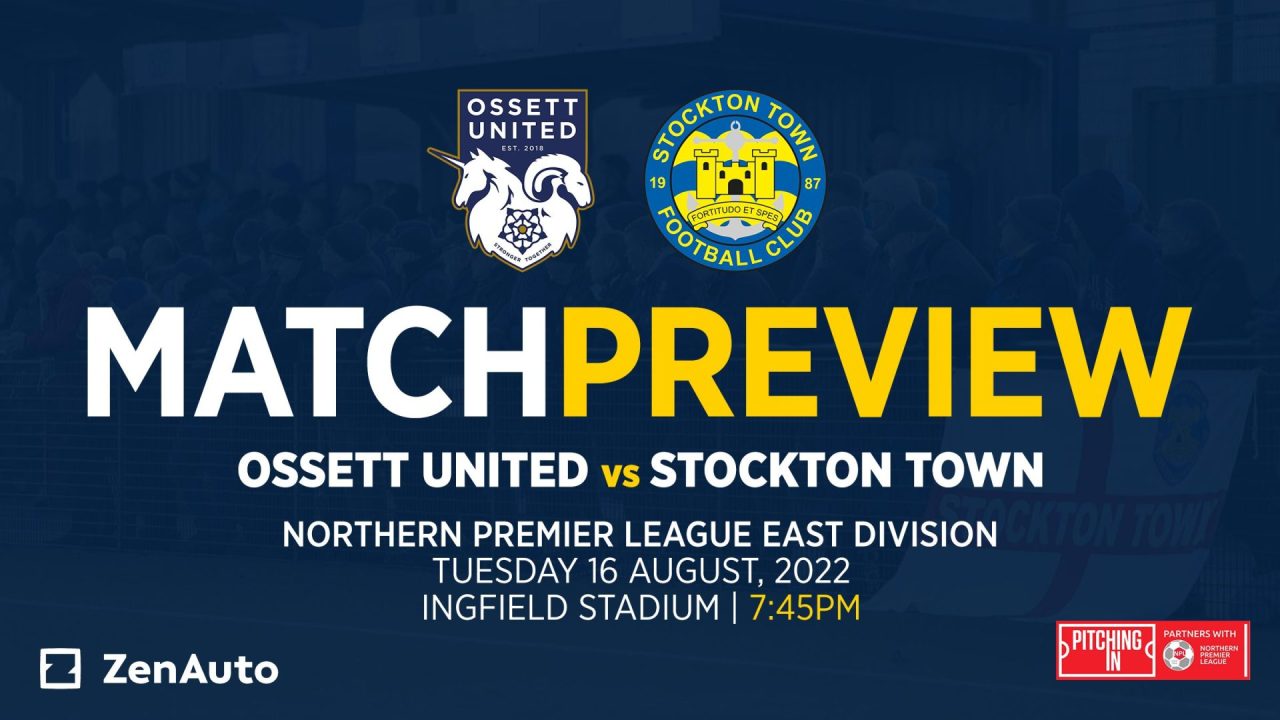 The Anchors head to West Yorkshire on Tuesday night to face Ossett United, with Michael Dunwell’s side looking to build on their impressive opening day win against Worksop Town on Saturday.

A header from Matthew Tymon and a beautiful free kick from Nathan Mulligan was just enough to see off a very strong Worksop side, with the score line being 2-1 on the day.

Last season, both sides were known for their impressive attendances, with both Stockton and Ossett breaking the four figure mark on multiple occasions.

The sides faced off on three occasions last season, with one of them in the FA Cup back in August. Here are the results from those games:

Ossett finished in a steady 9th place last season, only one point behind 6th placed Dunston, despite an up and down season that saw a change in management midway through the season.

The ‘Sheepicorns’ have made a lot of brilliant improvements to their side over the summer break, with many new signings having EFL experience.

Arguably one of the better additions to the side is striker Oliver Fearon, who scored 15 goals in the NPL East for title-winning Liversedge last season.

These new additions will make it a much different game to the last time the teams faced off, when Stockton dominantly won 4-0 in March, and Ossett will be looking to be up fighting with the best all season long.

Ossett played six pre-season fixtures, winning two, against Barnsley’s u23 side and Bradford City’s u23 side. United beat North West Counties League side New Mills in the FA Cup Preliminary round.

After Saturday’s game against Worksop, Stockton boss Michael Dunwell spoke about the upcoming fixture at Ossett and said: “We want to be better in possession, although we were okay [against Worksop], we did give a lot away which allowed them to come back on us quicker than what we wanted to.

“The players were blocking shots they shouldn’t have, they were getting in front of it and you could see the determination in the players, that they wanted the win – and we’ve got to go again on Tuesday against Ossett

and go there looking for another three points.”

Some seats are still available for the supporters coach to West Yorkshire, available on the M&D travel website at £13 per person (entry fee NOT included). The coach departs from the Stockton Town car park at 17:30.