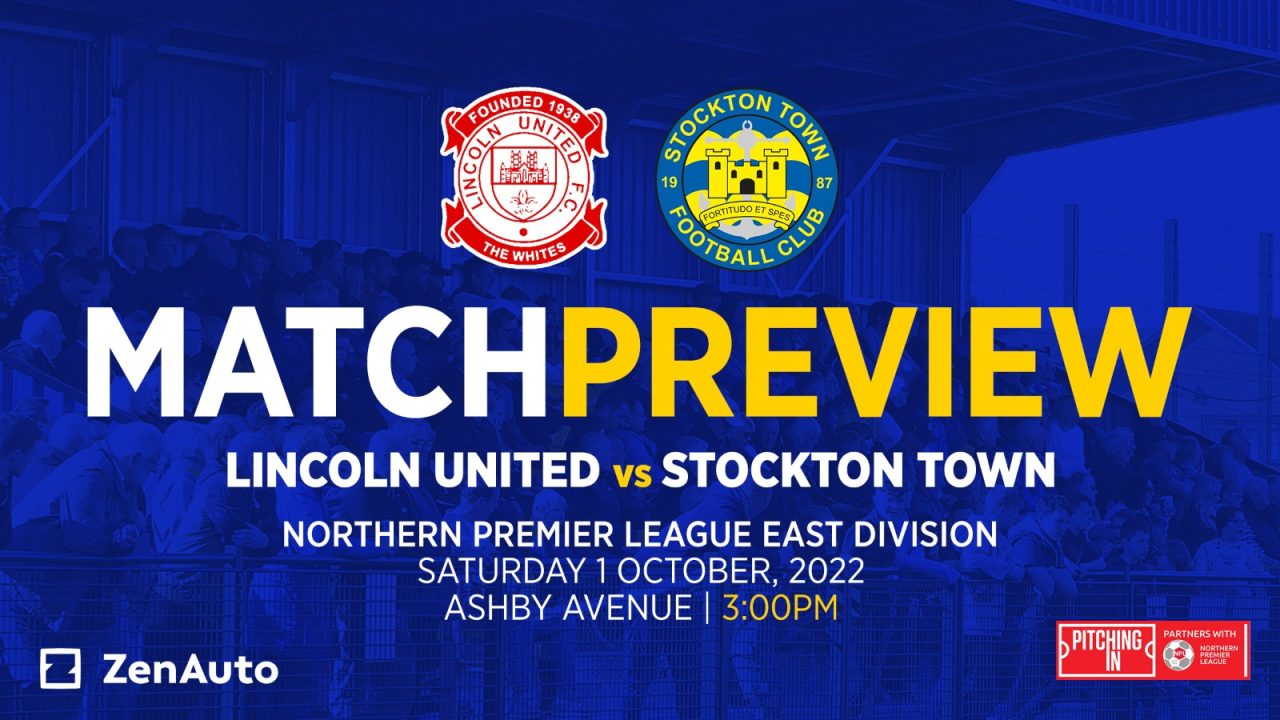 Stockton Town return to league action aiming to maintain their 100% start to the season when they make the long trip to Lincoln United.

The Anchors enjoyed a dominant first 20 minutes at Hebburn Town last week but were made to rue missed chances as they were dumped out of the FA Trophy following a 3-1 loss.

In the league they have won seven games from seven, including their last league outing when they defeated previously unbeaten Cleethorpes Town.

It was a big month for new signing Cameron Painter who was recently named ‘Player of the Month’ by supporters. He pipped fellow new signing Stephen Thompson along with Lewis King and Tom Portas to the award.

The highlight of his month came in the 4-3 epic comeback at Witton Albion in the FA Trophy.

The trip to Lincoln kicks off a tough month fixtures, with the Anchors facing seven games.

The two sides met for the first time last season and both fixtures went the way of Stockton Town.

Lincoln United are now under the management of Chris Funnell who is currently in his first season in charge. Funnell had been the manager of the Lincoln United Women’s team before he was put in charge of the Men’s Team on an interim basis at the end of last season. He impressed in his eight games in charge as he helped the club maintain their Northern Premier League status.

The signs point to another tough season near the bottom for Lincoln United after a troubling start sees them bottom of the league with just two points from seven games so far. They were unlucky in midweek not to win their first league game after taking the lead they conceded two second half goals to lose at Sheffield FC.

They have suffered some hefty defeats among their five defeats including 5-0 away at Cleethorpes Town and 6-0 away at Worksop Town. At home they have lost 3-1 to Bridlington Town and 1-0 to Consett.

The Amateurs have had some joy in the FA Trophy, defeating Daventry Town 3-2 in the First Qualifying Round and then beating Carlton Town on penalties to book their place in the Third Qualifying Round.

“The longer we can keep this winning run going the bigger the gap gets and that’s what we said that we wanted a really good start.

“We knew it would be a tough start because three out of the four were in the Play-Offs and we have beaten them. We have had an excellent start.”

Dunwell added: “We focus on Lincoln and then onto Grantham and we will go to Lincoln in a positive mood as they are a great bunch.”