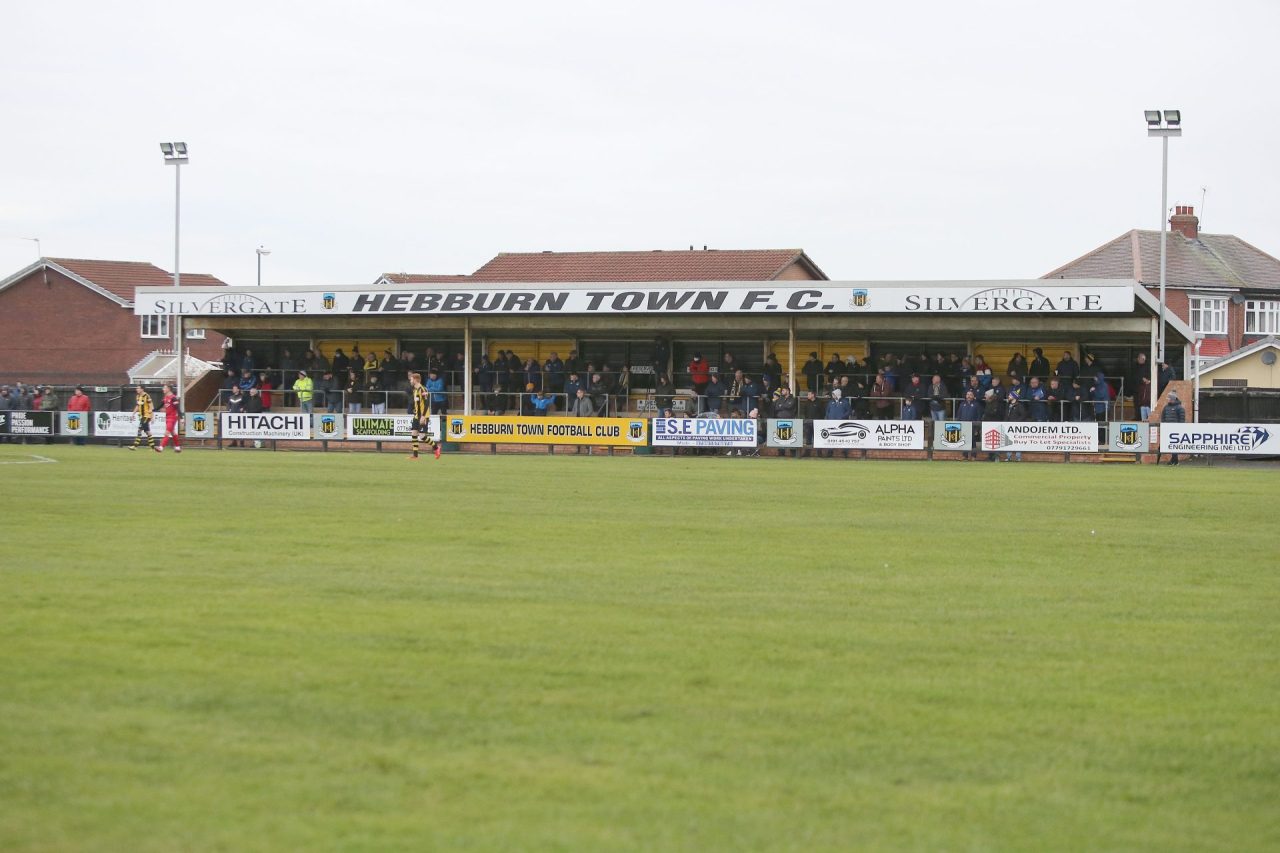 Stockton Town travel to Tyneside to face Daniel Moore’s Hebburn Town in the second qualifying round of the Isuzu FA Trophy.

Hebburn knocked out Manchester based side Trafford in the previous round, whilst Stephen Thompson scored a dramatic late winner for the Anchors in the comeback 4-3 victory at Witton Albion.

Hebburn are coming into the game off the back of an impressive 5-3 victory over Tadcaster on Saturday. Braces from Oliver Martin and Amar Purewal, as well as a goal from Sean Reid was enough to give Hebburn all three points.

However, Stockton are also on a hot form winning seven from seven so far in the league, including a 2-1 win against Hebburn back in late August.

Stockton and Hebburn have met ten times in all competitions, with Anchors winning six of those meetings. Here are the results from the last five fixtures between the two clubs:

Hebburn currently occupy 2nd place in the Northern Premier League East, sitting four points behind the Anchors at the top.

Daniel Moore’s side knocked out Northern Premier League West side Trafford in the previous round, coming behind from a goal down to win 2-1 in Manchester.

Striker Amar Purewal is the man to watch for Hebburn, having already scored five goals this season for the Hornets, including a brace last time out against Tadcaster.

“I think they’re a really good team, they’ve got some good individuals, they’ve started well but we’re in good form as well so hopefully it’ll go better than the result down there last time”

“They’re a good side, both teams know a lot about each other, two good teams. It was a good game down their place and I’m expecting the same on Friday.”

Speaking after the Anchors 1-0 win over Cleethorpes on Saturday, manager Michael Dunwell spoke ahead of the game and said:

“Danny McWilliams will be back with the squad, Elliott [Beddow] and Louie Hall possibly.

“Hopefully we start better than how we did at Witton, it’s going to be a tough game, games at Hebburn are always tough. They’ve started the season really well, we know it’s going to be tough but we’ll go there full of confidence.

“We’ve played them already this season and beat them so we’ll be looking to go into it and beat them again in the cup. We’ve just got to do as we’ve done all season.”