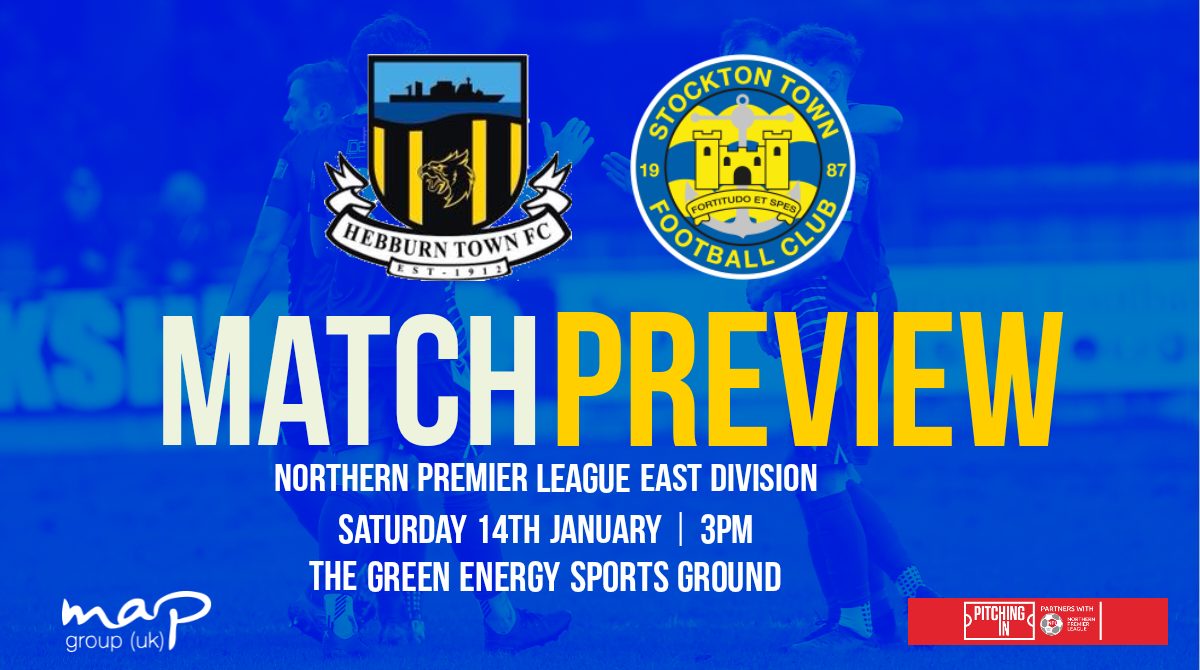 Stockton were held to a point last time out against Ossett, after a late equaliser from the visitors in an action packed affair.

Stephen Thompson was shown a red card in the first half of the game after what the referee deemed to be a dangerous tackle on the goalkeeper. But the teams were even at ten players midway through the second half, when Danny South was shown a red card for a last man foul on Elliott Beddow.

Kevin Hayes found the target from the edge of the box for Stockton but it wasn’t enough to get all three points, as a late equaliser from Alex Peterson upset the Anchors.

Stephen Thompson will miss the next three games for the Anchors following his suspension.

Stockton and Hebburn have met eleven times in all competitions, with Anchors winning seven of those meetings. Here are the results from the last five fixtures between the two clubs:

After a disappointing first season in step four, Hebburn had a very busy summer, changing managers and making many new additions to push for promotion.

Daniel Moore is in charge of the Hornets now, arriving from Shildon after former manger Kevin Bolam was relieved of his duty towards the end of last season.

Striker Liam Henderson was a key addition for the 2020 FA Vase winners, having formed a great partnership with fellow veteran striker Amar Purewall, with the two combining for 14 goals already this season.

Defender Joe Walton, another new addition from Morpeth in summer, is also a key man to watch. He won man of the match against the Anchors in their visit to the MAP Group UK earlier in the season.

Hebburn currently sit in fourth in the table, seven points behind the Anchors but with two games in hand, so this game is a must win for both sides.

“It’s a big game for us, they’re not that far behind us and we want to preserve that second spot.

“We’ve had mixed performances against Hebburn lately so it’ll be nice to go there and put up a good performance as we did last week [in the 3-0 victory against Shildon], and go and take the three points.”

Hebburn manager Daniel Moore has also spoke ahead of today’s game and said:

“They’re a good side. If we want to be where we want to be, these are the games we need to show up and perform. We need to stamp down our authority and get at them.

“They’ll make a few enforced changes but they’ve got a good squad so it doesn’t matter what 11 they put out.

“We’re under no illusion it’ll be a tough game but the lads should be fired up for it.”