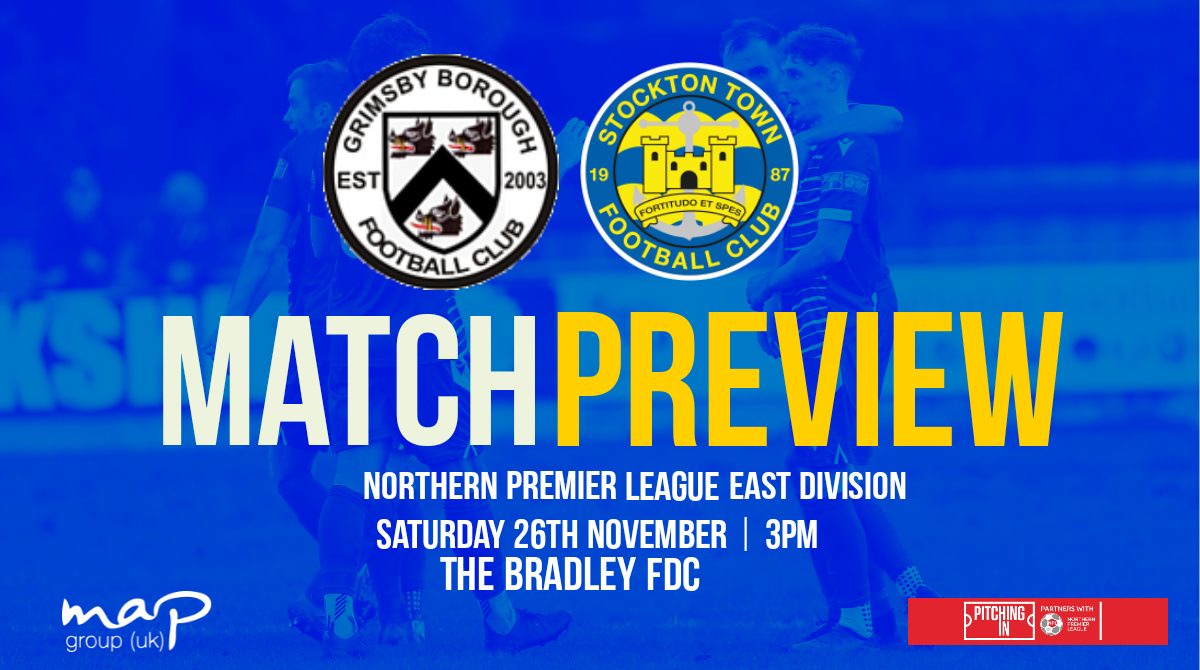 Stockton fell to 2nd in the league after Worksop Town overtook them after winning their game in hand against Tadcaster on Tuesday, despite Stockton’s recent impressive run of form which has saw the Anchors win their last five consecutive leagues games, keeping four clean sheets in the process.

Stockton had their biggest win of the season last weekend when they beat Sheffield 6-0, thanks to goals from Liam Cooke, Elliott Beddow, Adam Nicholson, Stephen Thompson, Mikey Roberts and Kevin Hayes.

Michael Dunwell’s side also emerged victorious in the Durham Challenge Cup in midweek as they beat Northern League side Sunderland RCA, 5-0 on Tuesday night, and will face Dunston or Chester-Le-Street Town at home in the next round.

This meeting will be the first time the two sides have ever faced off.

Grimsby are making their Step Four debut since their formation in 2003, following their promotion from the Northern Counties League last season, where they won the title with a nine-point gap last season.

The team formed after Louth United dropped out of the league system and have made their way up the leagues in a quick fashion. Despite a tough start to the season, ‘Boro’ currently sit 12th in the league following a six-game unbeaten streak.

Grimsby’s main man is winger Adam Drury. The tricky winger is a product of Manchester City’s academy and has had professional experience with Burton Albion and St Mirren. Drury already has 4 goals to his name this season and will be the man for Stockton’s defence to keep a close eye on.

Earlier this week, Grimsby announced the signing of defender Lee Briggs who re-joined the club after three years away with the Royal Air Force.

Anchors manager Michael Dunwell spoke after the Sheffield game ahead of the Grimsby match up and said:

“They’re on good form recently, they’re one of the top six form sides in the league so it’s going to be difficult, like every away game is in this league.

Forward Stephen Thompson also spoke ahead of the game and said:

“It’s all about keeping a winning mentality, if you keep the winning coming then that’s what you want to do. We’re looking forward to it [the trip to Grimsby] and hopefully we can keep this run going in the league.”