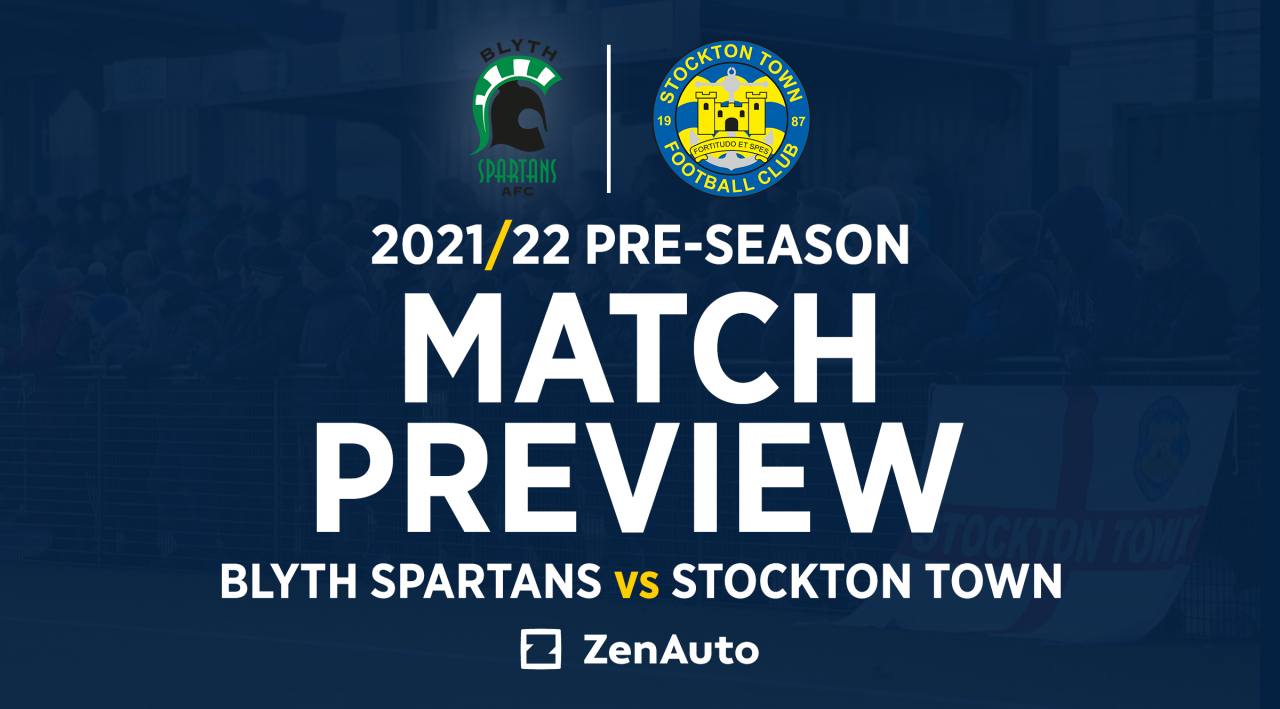 Stockton Town travel to Croft Park to face National League North side Blyth Spartans in their final pre-season friendly of the summer, with the start of the Northern Premier League season edging ever closer.

In just seven days time, Michael Dunwell’s side will take to the field for the first ever time as a Step 4 club at Stocksbridge Park Steels, and you can be there with the team by booking your space on the supporters coach.

The Anchors are making the trip to Northumberland to face the Spartans for the first time – you can also book your tickets and seat on the supporters coach for the game.

Stockton head into the game at Croft Park in fine form with two wins from the last two friendlies – following up a 5-1 win against Wearside League outfit Durham FC with a dominant 7-0 victory at home to Northern Alliance Premier Division side Percy Main AFC.

There were six different goal-scorers for the Anchors on Wednesday evening, including Nathan Mulligan, who increased his pre-season tally to three goals with a second-half brace against Percy Main.

This is the first ever meeting between Stockton Town and Blyth Spartans.

Blyth Spartans are heading into their fifth season back in the National League North, since winning promotion as champions of the Northern Premier League Premier Division in 2017.

After finishing into the bottom two of the curtailed 2020/21 campaign, the Spartans are making strides to compete at the top end of Step Two once again.

Michael Nelson’s squad has been bolstered by the arrival of no less than 17 players over the summer, including former Gateshead man JJ O’Donnell, Liam Agnew from Harrogate Town and Jack McKay from Chesterfield.

Another change this summer has seen the appointment of former Hartlepool United defender Nathan Buddle as club captain ahead of the new season.

As for their pre-season, the Green Army have played six matches, beating Newcastle United U23s 3-0 in their last outing on Tuesday evening.

Following the 7-0 win against Percy Main, assistant manager JD Briggs said he was looking forward to another tough test to end pre-season.

Stockton’s assistant manager said: “Blyth is the perfect game and a bonus game for us to finish off pre-season.

“It’s such a high standard of a club we’ve never played before. They’ll want to play well and score some goals past us.

“It’ll be nice to see where we have progressed from the South Shields game versus Blyth Spartans.

“I’m expecting it to be a tough game but it’s perfectly set for us to play a really tough game before the start of the season.

“Then it gets real [against Stocksbridge Park Steels], which means winning our tackles, taking our chances and making sure we perform to a high standard.”