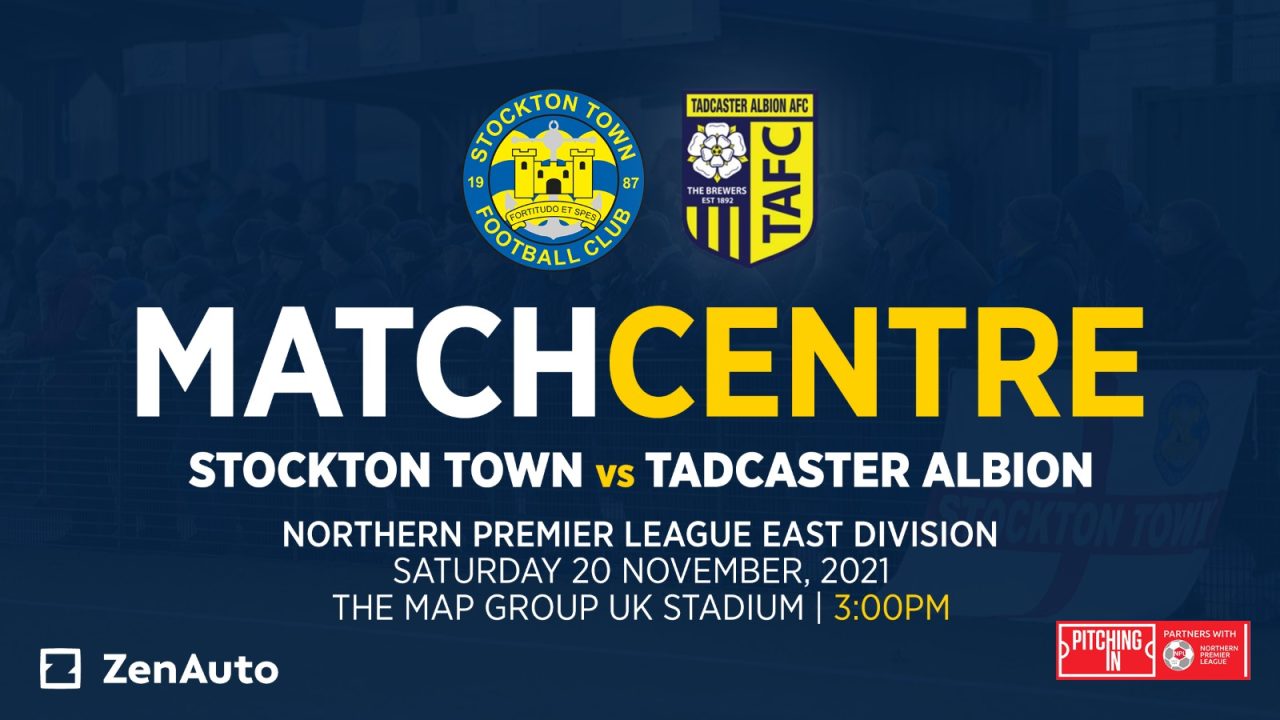 Stockton Town welcome Tadcaster Albion to The MAP Group UK Stadium for the first ever meeting between the two sides in the Northern Premier League East Division.

The Anchors were held to a goalless draw in their last outing, as the all important break-through alluded them at the Home of Football Stadium against Sheffield FC.

Michael Dunwell’s side have just one of their previous seven league matches, with the only reverse coming against league-leaders Liversedge, but have been held up by three draws in that run as Stockton sit four points off the play-offs after 14 games.

Today’s fixture at The MAP Group UK Stadium represents Michael Dunwell’s 250th league game in charge of the Anchors. His record after 249 games reads: 173 wins, 32 draws and 42 defeats, a win percentage of 69.48%.

This is the first ever meeting between Stockton Town and Tadcaster Albion.

Tadcaster Albion currently sit in 15th place in the NPL East after 14 games, with three wins, four draws and seven defeats in that time.

However, The Brewers are currently enjoying an impressive run of form, remaining unbeaten in their last five games, winning three in a row before picking up two draws in their last two games.

Among the dangermen for Tadcaster are joint top goalscorers Eddie Church and Romario Vieira, with four goals apiece.

One of the most notable names in the Tadcaster squad is Romario Vieira, who, like his twin brother Ronaldo, was named after a Brazilian footballer with the same name.

Vieira was part of the Leeds United squad between 2016 and 2018 and has been internationally capped by Guinea-Bissau, making his debut in 2018 in a 2-0 defeat to Burkina Faso.

“We believe, that we’re capable of more”, stated JD Briggs after the 0-0 draw at Sheffield FC.

“We gained a point with the 1-1 draw against Yorkshire Amateur but feel we dropped two points against Sheffield.

“We’ve got a week and a half to prepare for Tadcaster which we will use to work on being more comfortable on the ball and crisper in possession.

“Also, a little bit of time away should help, we should have a couple of attacking players back.

“Alfie [Conway] has done very well since he came into the side and we know what Kev [Hayes] is like. We’ve missed them both.”