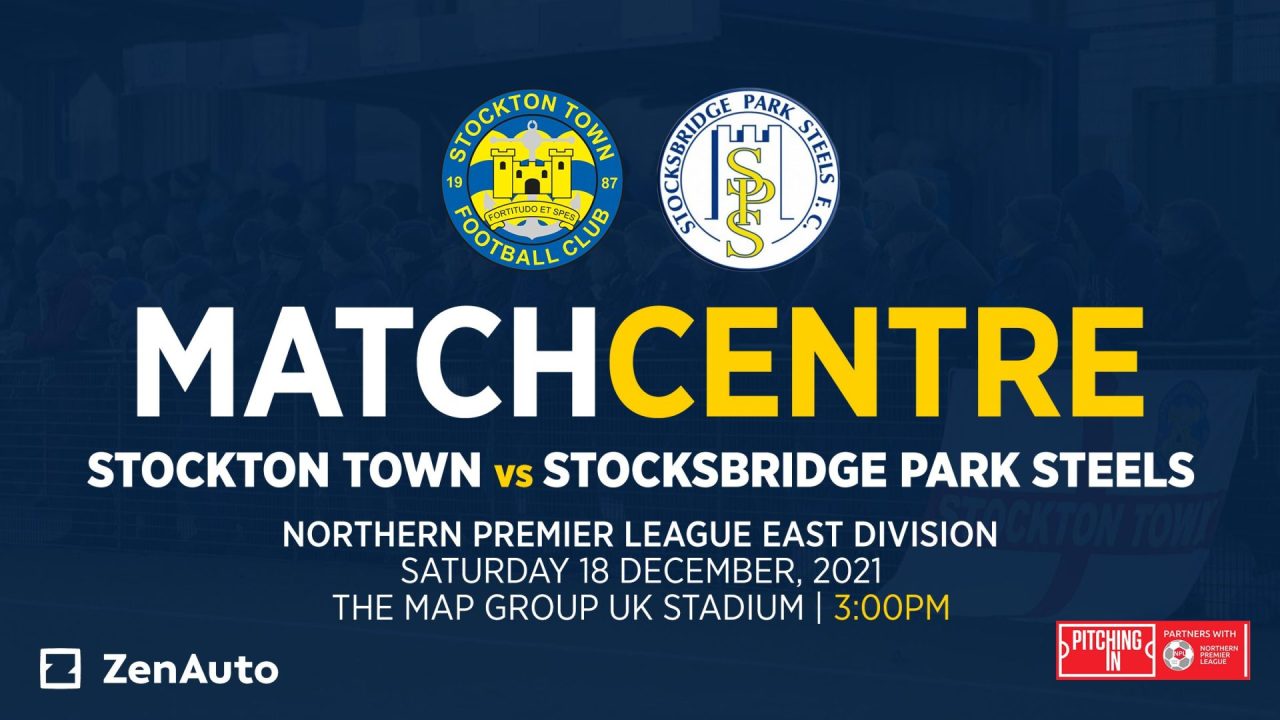 Stockton Town play their final game before Christmas when they welcome Stocksbridge Park Steels to the MAP Group UK Stadium.

The Anchors are in a fine run of form after winning their last four matches in all competitions. They are also unbeaten in their last seven games.

Last time out, Michael Dunwell’s men beat Hebburn Town 2-1 in the Durham Challenge Cup. That made it two wins in the space of four days over the South Tyneside club after a 4-1 league win on Saturday.

This is Stockton’s final home game of 2021, the Anchors are aiming for their third-straight win on home turf following a 4-0 win over Tadcaster Albion and a 3-2 win over Brighouse Town.

Stockton Town and Stocksbridge Park met for the first time on the opening day of the Northern Premier League East Division and played out a goalless draw.

Stocksbridge Park Steels are currently ninth in the league table, and are six points off a play-off spot.

In their last outing, the Steels won their first game in over a month with a 1-0 triumph over Ossett United. Josh Nodder’s strike on the half hour mark was enough to separate the sides.

Stocksbridge now have a different man in the dugout to the last time the two sides faced. Former manager Chris Hilton departed the club in late August following an FA Cup exit to Handsworth.

He was replaced by Ian Richards in early September, who left North Counties East League outfit Penistone Church for the role. Since taking charge, Curtis has won four league matches.

Those to watch for the Steels include top scorer Luke Mangham, who has 10 on the season and winger Nathaniel Crofts, who was once drafted by Toronto FC in the MLS Draft.

Speaking after their 1-0 over Ossett United, manager Ian Richards said: “Stockton are very good. Obviously we are going to be playing on the astroturf, so we have got to adapt to that.

“We train on astroturf, so we know that but you’ve just got to make sure you adapt to that surface.

“It will be two sides similar like today, both in the top 10 pushing for those play-offs.

“We’ll go and do our work on them and analysis. We will train twice, and very hard and positive this week and give it our best shot.”

Following the midweek cup win over Hebburn Town, manager Michael Dunwell was quizzed on the upcoming visit of Stocksbridge: “It is going to be a tough game, we played them first game of the season and they were tough.

“They have done well. They have been a little bit up and down but they have put a bit of form together.

“Like I say, any team in this league that puts two or three wins together can get right up there which is what we have done.

“Hopefully we can just build on that and get another win in front of our home crowd on Saturday.”