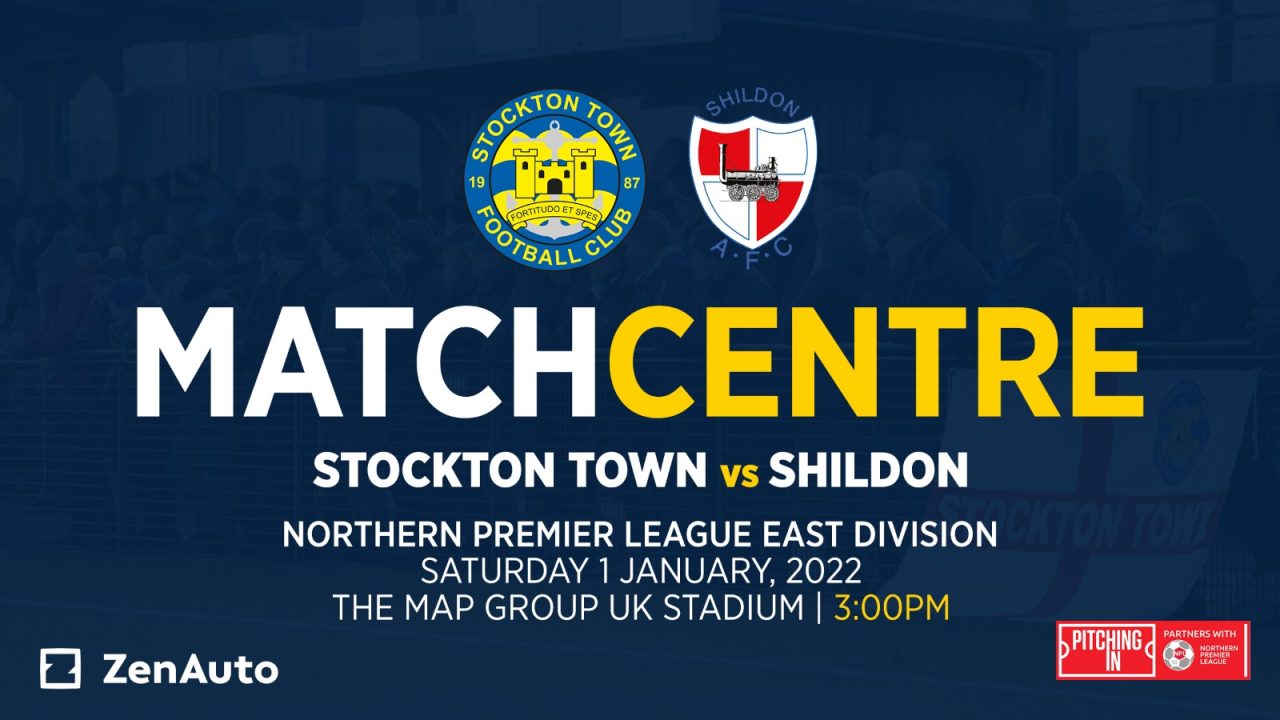 Stockton Town will play on New Year’s Day for the very first time when they welcome local rivals Shildon to the Map Group UK Stadium.

The Anchors came from behind on Monday to defeat Teesside rivals, Marske United, for a historic 2-1 win.

Adam Boyes had given the Seasiders the lead, but Stockton captain Adam Nicholson levelled with his 100th goal for the club.

Former Marske United man, Nathan Mulligan, came back to haunt his former side with the winner late on and the Anchors saw the game out – with some help from goalkeeper Callum Roberts – for a big three points.

Michael Dunwell’s men will seeking to bring their superb form into January after taking maximum points throughout December.

That run has seen the Anchors climb into the play-offs and they currently sit fourth after 19 matches.

Stockton and Shildon have met 11 times in all competitions in total, and all of those meetings have been within the last four years. Here are the results of the last five outings:

Shildon, like the Anchors, are playing at Step 4 for the first time this season following their promotion from the Northern League last summer.

The six-time Northern League champions were placed third in the table across the two combined 2019/20 and 2020/21 seasons, behind Stockton and Hebburn Town.

The Railwaymen have enjoyed a tremendous first half of the season and are currently third in the table.

They were out of action on Bank Holiday Monday after their scheduled opponents, Yorkshire Amateur, had to pull out due to a Covid outbreak at the club.

Last time they played, they eased past Pickering Town with a 4-0 win. Striker Dean Thexton enjoyed a productive day as he netted a hat-trick, which included two penalties.

That brought Thexton’s tally up to 12 on the season, which places him third in the overall goal scoring chart.

Shildon welcomed a new arrival to the club on Thursday in Sam Barker. The midfielder has a wealth of experience for number of Yorkshire clubs including Pickering Town, Garforth Town and Harrogate Railway.

Speaking after the win at Marske United, Adam Nicholson said:

“We are right in the mix and right where we want to be.

“We have got a big game against Shildon on New Year’s Day so we have to regroup and get the lads in.

“It was a heavy pitch out there (at Marske) and there was a few knocks and niggles. We will see what we are like Saturday and go again.”