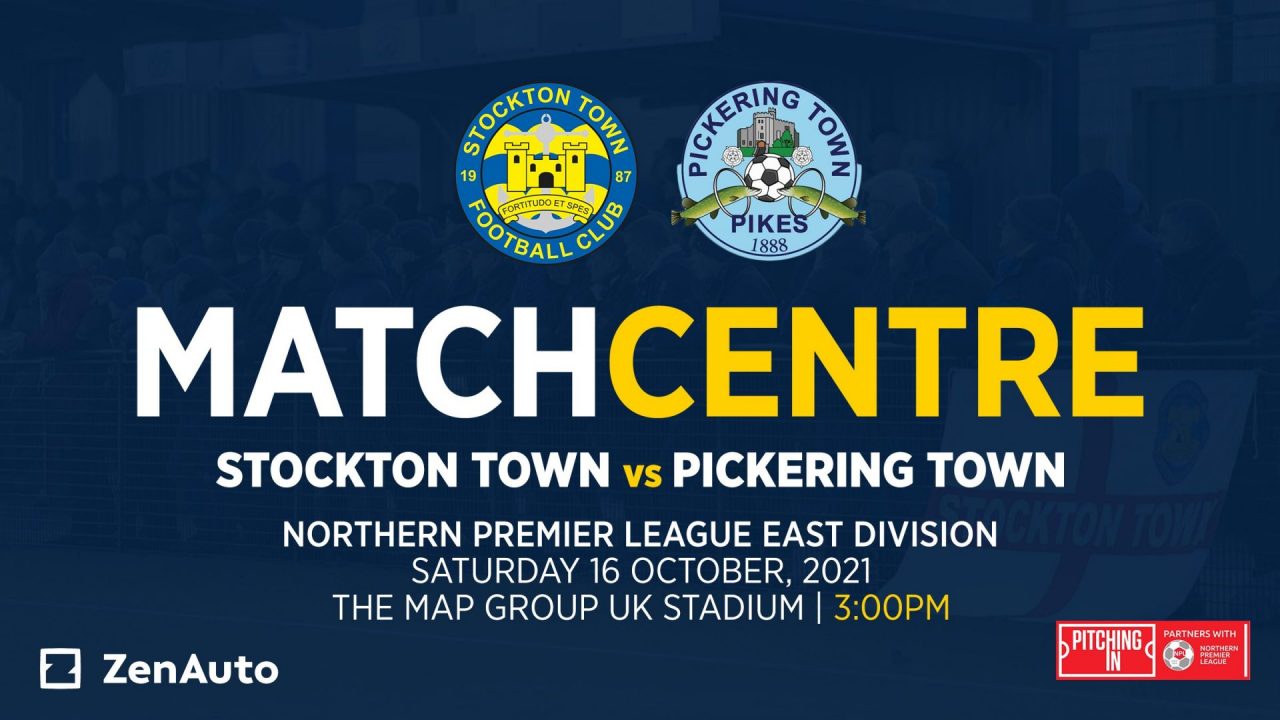 Stockton Town return to action this Saturday when they host Pickering Town, which will be their first game in a fortnight.

The Anchors last played two weeks ago when Adam Nicholson’s late header salvaged at point at home to Frickley Athletic.

It was a much-needed point as Stockton looked as though they may have been heading for three-straight defeats on a frustrating afternoon.

They went into the game having lost their previous two, exiting from both the FA Cup and FA Trophy to Curzon Ashton and City of Liverpool respectively

Stockton’s last win came almost a month ago when they beat North East rivals Dunston 3-0, and the Anchors will be aiming to pick up an important three points to get back to winning ways on Saturday.

This is the first competitive meeting between the clubs. The two sides did meet in a friendly ahead of the 2019-20 season, and Stockton ran out 4-2 winners.

Pickering Town are currently in their fourth season in the Northern Premier League following promotion from the Northern Counties East League in 2018.

The Pikes currently sit 18th in the East Division table, with six points from their first 10 games, but come into the game having won two of their last three in all competitions.

Their league form was put to one side last weekend as the Pikes progressed in the FA Trophy after beating Ramsbottom United 2-1 to reach the Third Qualifying Round.

The Pikes have won just one game this season in the league, and that came in their last away outing when they beat Frickley Athletic 2-1.

Despite being in charge since January 2020, this is manager Steve Roberts’ first full season in charge. The former Scarborough Athletic coach was appointed following the dismissal of Denny Ingram.

At the end of the first curtailed season, Pickering were bottom of the league. In the second, they were 16th after nine games played.

It was a return to the Pikes for Roberts, who had played for them as a midfielder up until 2006.

Players to look out for include Guinean forward Alhassane Keita. The striker, signed from Brighouse, and has netted four times for the Pikes this season.

Midfielder Lewis Taylor made his return from Bridlington Town having been the club’s longest-serving player during his first spell, which lasted between 2011 and 2019.

Pickering boss Steve Roberts, talking to BBC Sport North Yorkshire, said: “Stockton in the league is the next fixture. We’re looking forward to that.

“I think they play on a 4G pitch, which we do train on quite regularly, so it’s something we’re aware of. It’s always a different game on those sort of pitched.

“You can play a proper game of football. We need to get the ball down and play, which we like to do anyway. I’m aware of them (Stockton), they’ve always been a good side.

“I thought at the start of the season that they’d have started a little bit stronger in the league, but they have got some good players that play attractive football.

“They get good crowds as well. On the back of the cup win at the weekend, we should be full of confidence going into that game.”

Following the 1-1 draw with Frickley Athletic, Assistant Manager JD Briggs spoke about the focus for the next two weeks.

He said: “We did work a lot on balls into the box on Monday and Wednesday (before the Frickley game) and the quality of that. It requires more attention.

“Defensively, we do look pretty sound. This season we are not conceding a lot of goals. We have not lost a game by more than one. We are keeping clean sheets, and I thought we were going to keep another one there.

“That side of our game is pretty good. It is just scoring and finishing that we need to continue to work at.”