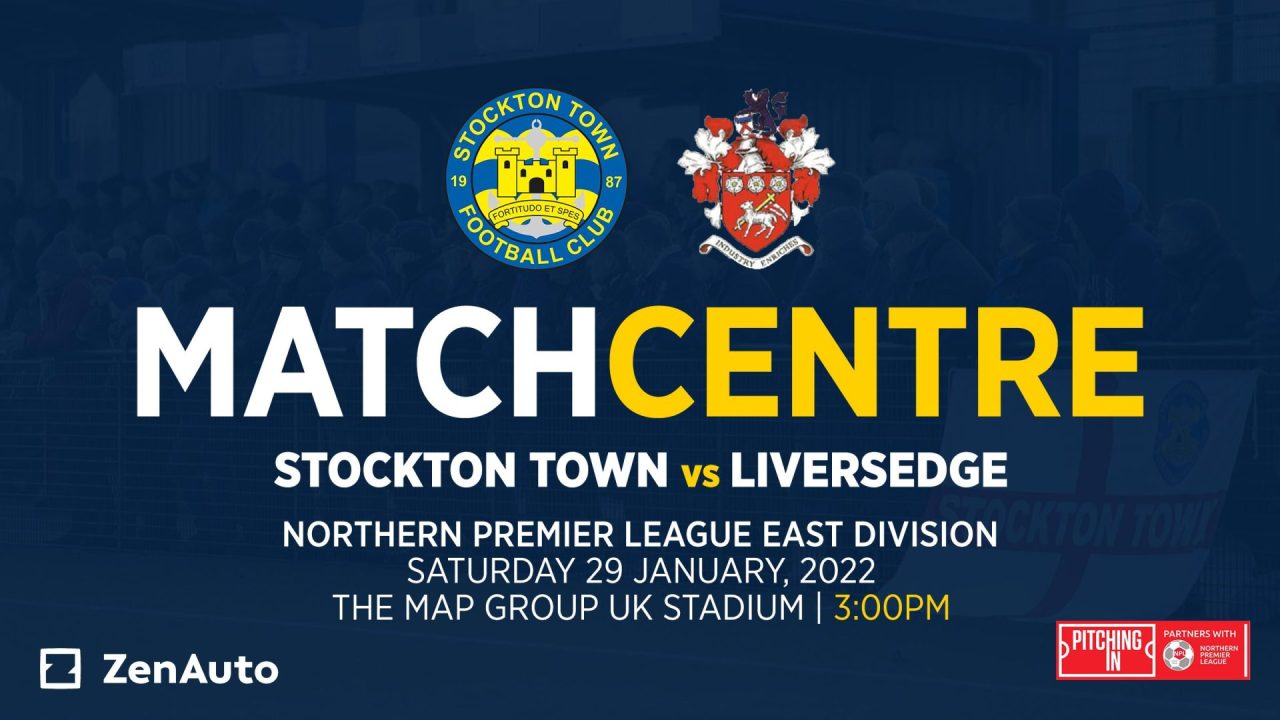 Stockton Town face one of their biggest tests of the season when they host league-leaders Liversedge on Saturday afternoon.

The Anchors sit third in the Northern Premier League East Division, 12 points behind the current table toppers, with a little over a third of the campaign to play.

Should Michael Dunwell’s side claim all three points against Sedge, they will have notched up ten wins in a row in league competition for the first time since February 2020.

When Stockton travelled to Clayborn in October, it was Liversedge who earned the three points, with a 4-2 victory despite a spirited second-half performance from the visitors.

Last time out, the Anchors produced a dominant performance to thrash bottom club Pickering Town 6-0, with Kev Hayes scoring a hat-trick for the first time in his senior career.

The two sides have met just twice before in competitive action, with one win apiece on their records.

Liversedge hold a four point lead at the summit of the Northern Premier League’s East Division, ahead of Marske United.

Sedge have been almost faultless in the league this campaign, with just one defeat – away to Yorkshire Amateur – and two draws currently on their record.

In their last outing, Liversedge thrashed beleaguered rivals Ossett United 6-0 in a front of a mammoth crowd of over 1,500 at Clayborn.

Benjamin Atkinson, who scored the fifth goal in the rout, is among the division’s top goalscorers with 11 efforts this term.

Speaking in an interview for the club website, winger Kev Hayes previewed Saturday’s big game against the league-leaders.

“It’s going to be a massive game, Hayes said. “Hopefully we can get a big crowd in for it because the fans have played a big part for us this season.

“I’m more than confident in the lads. We played them earlier in the season and deserved something, so we’ll be looking to get a result at home.

“We just need to keep doing what we’re doing. We don’t need to change anything.”