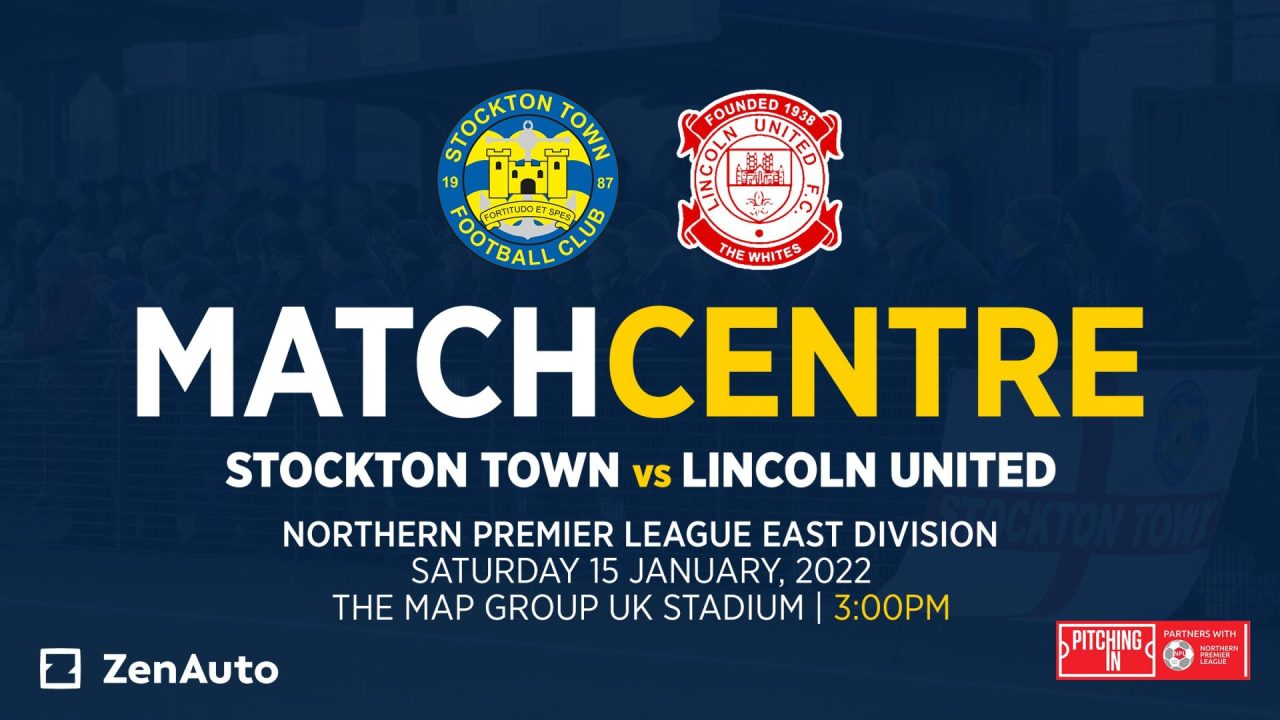 Stockton Town are looking to extend their winning run to nine games in all competitions when they host Lincoln United on Saturday.

The Anchors are also looking to extend their overall unbeaten to twelve games, a run that stretches back to October.

Stockton have made a perfect start to 2022 and are yet to concede a goal having beaten Shildon 1-0 and Frickley Athletic, 3-0.

The latter game saw Mikey Roberts score his half century for the club with a tap in for the opener, while Kev Hayes and Jamie Owens also got on the score sheet.

A win could see Michael Dunwell’s men leapfrog Shildon depending on the Railwaymen’s result at Sheffield FC.

Stockton Town and Lincoln United met for the first time earlier this season in the reverse fixture at Ashby Avenue. The Anchors made short work of their hosts with a 5-0 victory.

Lincoln United are currently 14th with 20 points from their 21 games played thus far.

The Whites have struggled for wins of late and have gone over a month without a win. Their last was a 4-3 win at Pickering Town back in December.

Despite their struggles, they have been involved in some eventful games this season. They have the worst goal difference in the league and conceded the joint most at 58.

Still they do have some danger up front in striker, Matthew Cotton. The former Lincoln City man is into double figures this season with 11 goals to his name. He netted his first of the year from the penalty spot in last Saturday’s 2-2 draw at Bridlington.

Speaking after the win over Frickley Athletic, Assistant Manager JD Briggs looked ahead to Lincoln United:

“They (Lincoln United) are playing for their own survival rather than to get into the play-offs or whatever so you get a desperate version of a team where every tackle counts and every header counts.

“Then maybe football goes out of the window a bit but you have got to apply yourselves. It is another challenge and another test.”