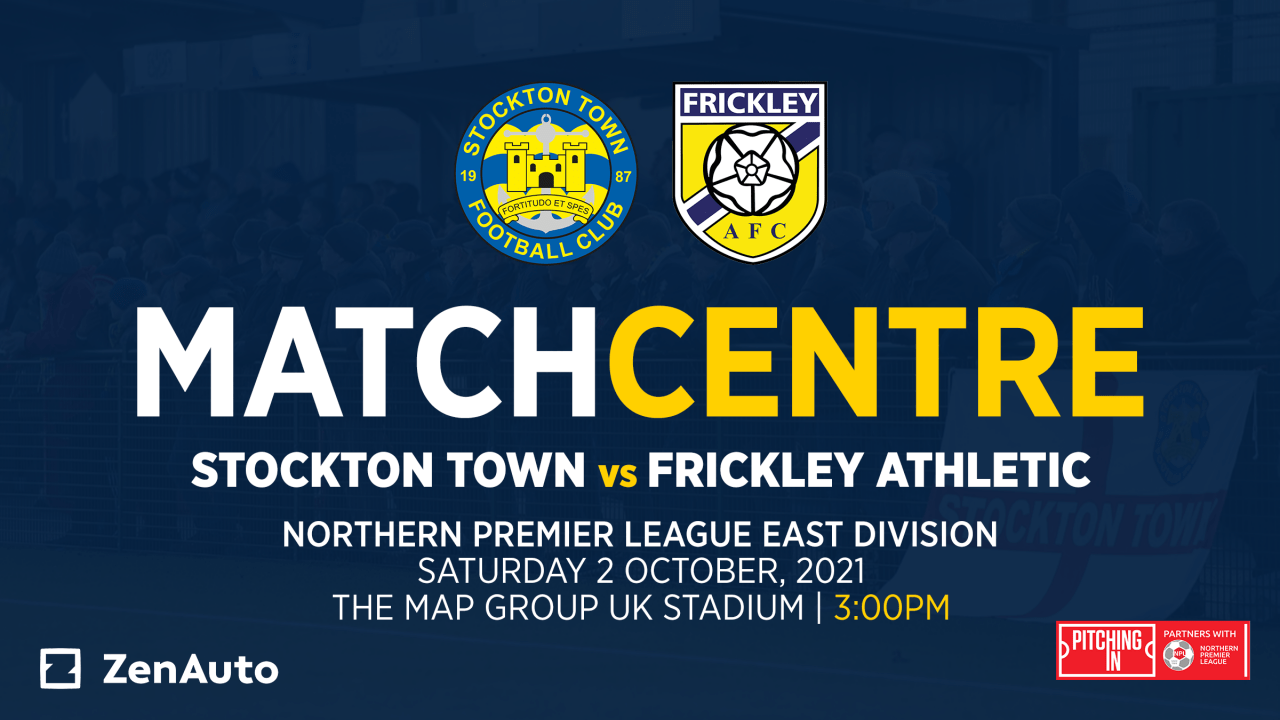 Stockton Town return to action in the Northern Premier League East Division and will be looking to get back to winning ways as they play host to Frickley Athletic.

The Anchors last played a league game two-and-a-half weeks ago – when they comfortably beat Dunston 3-0 at home – but have since been knocked out of both the Emirates FA Cup and Buildbase FA Trophy.

Michael Dunwell’s men travelled to Merseyside last weekend, and were knocked out of the FA Trophy on penalties after a goalless draw at the VanEupen Arena.

After back-to-back defeats in cup competitions, the Anchors have their sights set on three important points, but know it will be a tough test against a Frickley side also looking to bounce back from a defeat last Saturday.

Frickley currently sit two places above the Anchors in the Northern Premier League East Division table, with four wins from their nine games this season.

Dave Frecklington’s side have lost four consecutive games heading into the game at The MAP Group UK Stadium, slipping up against Pickering last weekend, who won their first league game of the season.

On their last visit to the North East, Frickley were thrashed 6-0 by Dunston, and have conceded 10 in their last three matches.

Frickley boss Dave Frecklington, after the 2-1 loss to Pickering Town, said: “In the first-half, we were on the front foot and couldn’t score. The second-half was nowhere near what we expect, and that’s a typical Frickley team at the moment.

“That really doesn’t mirror me and it doesn’t mirror the team that I always put out, where we don’t allow teams to get their first win here. We have done and that doesn’t sit well with me whatsoever.

“There’s too many players that we’re expecting better things from, who aren’t giving us what we should be getting from them.”

He continued: “There’s always another game around the corner. Two more sessions this week, we’ve got to cut the stupid errors out and take our chances.

“If we do that, then it won’t be long before we’re winning football matches again.”

After the FA Trophy exit to City of Liverpool FC, Manager Michael Dunwell said: “We’ve got the league to look forward to now. We’ve just got to focus on that and get a consistent run going in the league.

“We’ve got two home games in a row now against Frickley and Pickering, so we’ll be looking to get six points from those two games.”