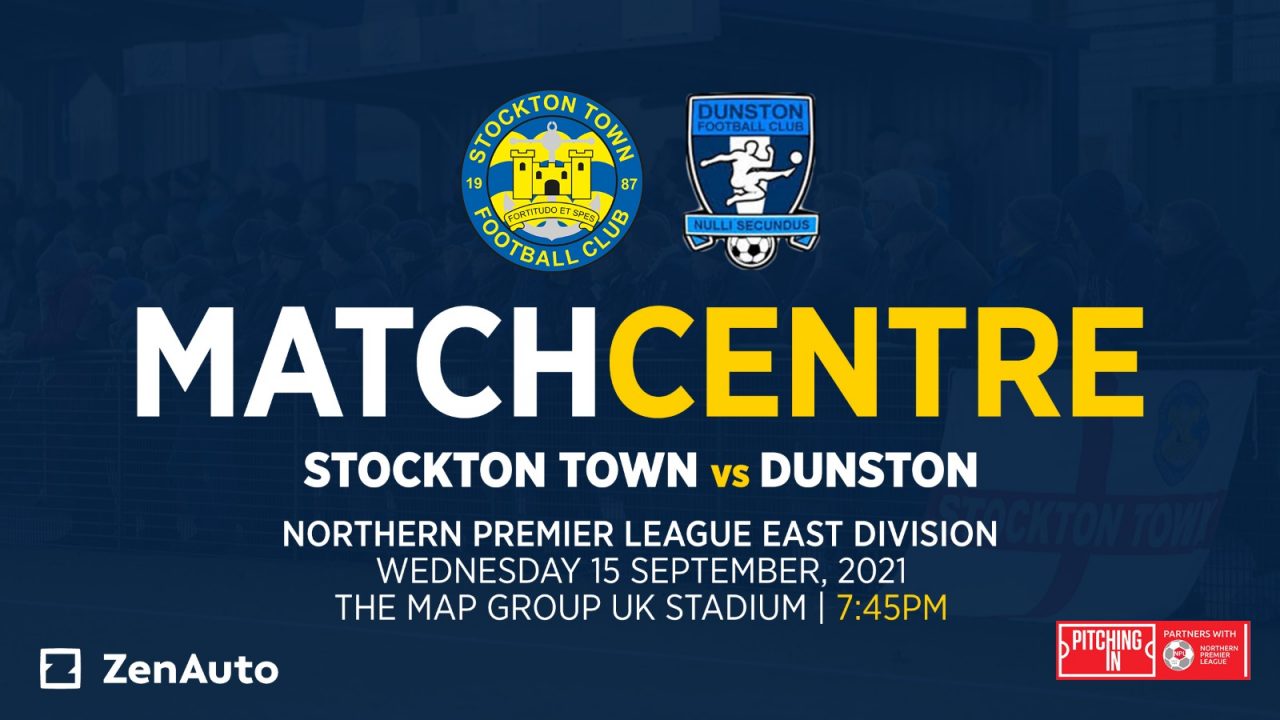 Stockton Town host Dunston UTS at The MAP Group UK Stadium in what will be the Anchors final home league game of September.

Michael Dunwell’s side fell to a controversial defeat at the hands of Cleethorpes Town last time out, as two second half penalties for the visitors proved to be the difference between the two sides.

Mikey Roberts scored his third goal of the season to equalise late on – but the defeat meant Stockton lost consecutive home league games for the first time since April 2018.

There are a couple of milestones within reach this evening  – with winger Kev Hayes one goal away from 50 strikes for the club, and Stockton Town just two goals shy of 1,500 goals in the club’s history.

Stockton Town and Dunston have met five times before, with the last meeting ending in a 2-0 victory for the then Northern League champions. Here are the results from our meetings.

Dunston are, officially, the current champions of the Northern League after winning Division One in the 2018/19 season, with the last two campaigns curtailed early and no official winners declared.

In their first season at Step 4, The Fed finished 13th in the NPL North West division, with 35 points from 28 games when the season was prematurely concluded in March 2020.

Dunston had suffered a false start to this season, with the Tynesiders losing the first two games of the season, including a 2-0 home loss to Shildon.

Chris Swailes’ side bounced back with victories over Newcastle Benfield – FA Cup – and Tadcaster Albion and Pontefract Collieries.

Dunston have added quality to their squad as the club look to mount a promotion challenge this season, with former Hartlepool United and Gateshead midfielder Phil Turnbull amongst the incomings.

Craig Baxter, a member of the Gateshead side which went within one game of the Football League, joined from South Shields, as did experienced forward Lee Mason.

Mason, Michael Pearson and Jack Elliott share the honour of being Dunston’s top scorer so far this campaign, with two goals apiece.

Speaking to Anchors TV, manager Michael Dunwell says Stockton Town must bounce back quickly ahead of a big week for the Anchors.

He said: “Every game is big, there’s no easy games.

“It was difficult [against Cleethorpes] as they were a physical side but we’ve got to learn quickly from that.

“We’ve got a couple missing through injury and illness but there’s no excuses.”