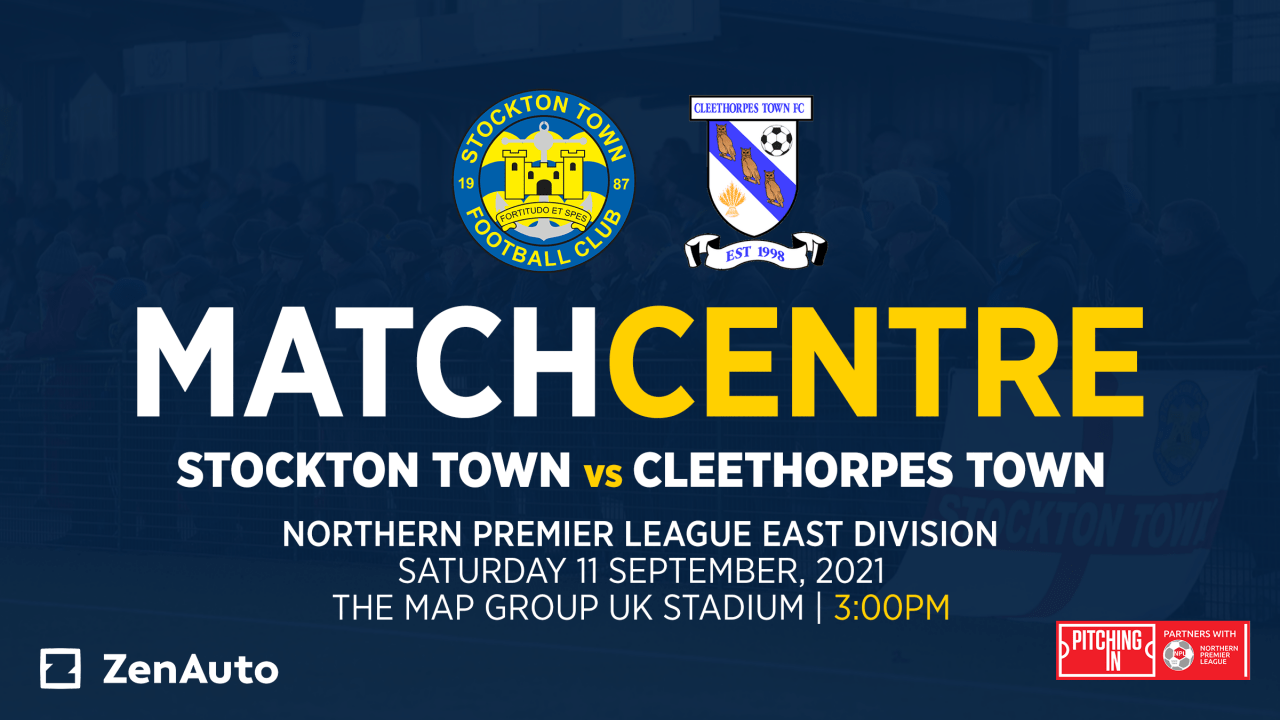 Stockton Town are back at The MAP Group UK Stadium this Saturday when they host Cleethorpes Town – the first ever meeting between the two clubs.

The Anchors have been on the road in their last three games, and after beating Sunderland RCA in the Emirates FA Cup last weekend, Michael Dunwell’s side were thwarted by a stoppage-time winner against Ossett United on Tuesday.

After conceding the opener in the first minute, Stockton clawed themselves an equaliser thanks to Sam Conway’s first senior goal with four minutes to spare.

But Ossett had the last say as veteran forward James Walshaw turned in at close range to snatch three points.

The Anchors return home looking to return to winning ways on their patch. Last time out at The MAP Group UK Stadium, Worksop Town became the first team since Dunston UTS in 2019 to win a league game at the venue.

This is the first meeting between Stockton Town and Cleethorpes Town.

Last time out they beat Hednesford Town 2-1 in a replay to advance to the FA Cup Second Qualifying round.

The 2017 FA Vase finalists are managed by Dave Smith, who was promoted from his position as assistant manager.

In his only full season in charge, he guided the club to a seventh place finish.

In the subsequent curtailed seasons, the Owls were third in the 2019-20 season and then 15th in 2020-21 after a poor start to the campaign. Both of these were in the Northern Premier League South East Division.

Although former Aberdeen striker Scott Vernon is the highlight name in the team, fellow striker Brody Robertson is another one to watch.

The academy product is Cleethorpes’ top scorer this season with four goals in nine appearances.

In the summer, the Owls added another attacking player in former Hull City player Luke Lofts who spent last season at Gainsborough Trinity.

They also added a goalkeeper in Tom Jackson, who had previously played at Bridlington Town and Frickley Athletic.

Another summer signing is one that the Anchors have come across before in midfielder Lewis Brownhill. The arrival from Spalding United was part of the Thatcham Town team that defeated Stockton in the 2018 FA Vase Final.

He said: “There are characters in that dressing room, we won’t let that [2-1 defeat at Ossett] get us down.

“We will go out on Saturday and really have a good go on our home turf.”